This easy lemon meringue pie recipe with aquafaba will blow your mind! Made with a tangy and sweet lemon pie filling and a sweet aquafaba meringue, it looks and tastes exactly like the pie recipe we used to make before we went vegan. The good news, this lemon pie recipe is egg-free and dairy-free. If you love lemons as much as we do, you're going to love this pie. You should also try our Lemon & Dill Potato Salad, Fried Lemons, and Lemon Watermelon Granita. 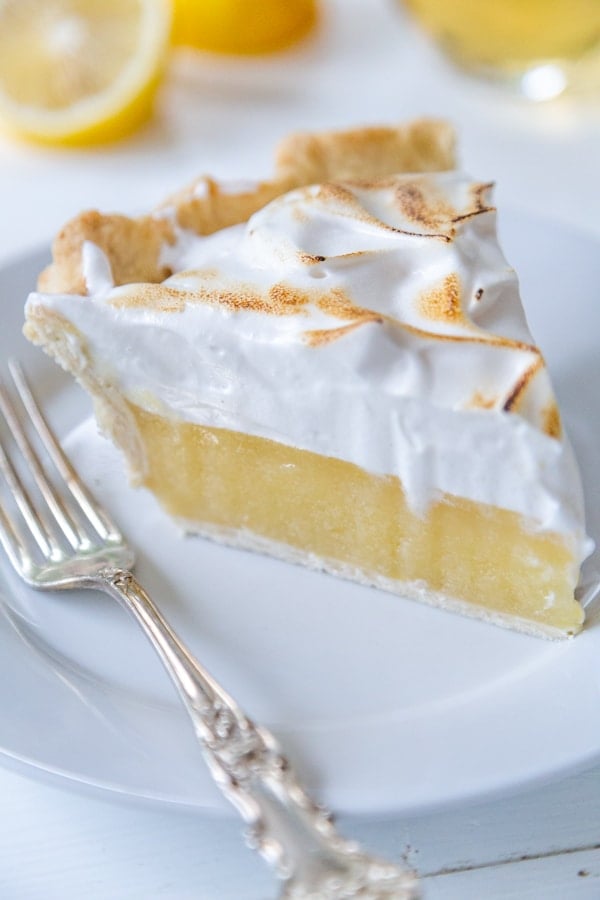 Hi there, we’re Linda and Alex (mother & daughter)! Thanks for visiting us, we’re so happy you’re here. If you’re looking for Southern and Midwestern inspired vegan comfort food recipes, you’ve come to the right place.

FOOD MADE WITH LEMONS IS THE BEST

Where are our lemon lovers at? We’re guessing that you came to visit the second you saw that we created a vegan lemon meringue pie?

Who would have thought that it was even possible to make a lemon pie filling without eggs, or an egg-free vegan meringue?

As impossible as it may seem, it’s absolutely possible, and it’s just as good as a traditional lemon meringue pie.

You have no idea how excited we are about this pie, because as you may know, we LOVE lemons!

My grandmother and mother made the best lemon meringue pie.

It was tangy and sweet with the perfect texture that only lemon pie curd has.

Thanks to products like Follow Your Heart Vegan Egg and JUST Vegan Egg, we can make delicious lemon pie curd just like the great women who started this tradition.

Their homemade lemon meringue pie was the best, and now our vegan version is the best.

It’s a tried and true lemon pie recipe that everyone raves about, and you will too.

HOW TO MAKE VEGAN LEMON CURD

It’s not as difficult as you think. In fact, it’s pretty straightforward.

In a saucepan over medium-high heat, whisk the sugar, corn starch, and water until the sugar dissolves and it begins to bubble and thicken.

Slowly pour a cup of the hot sugar mixture into the egg while whisking vigorously.

Make sure to whisk well so the egg doesn’t begin to curdle.

Slowly pour the egg mixture into the pan of sugar mixture, while whisking vigorously, until it’s completely incorporated.

For the purpose of the pie, your going to pour the lemon curd into the baked pie crust.

If you’re making curd for another purpose, or for future use, put it in a sterilized mason jar and cover it tightly. Store in the refrigerator for up to a week. 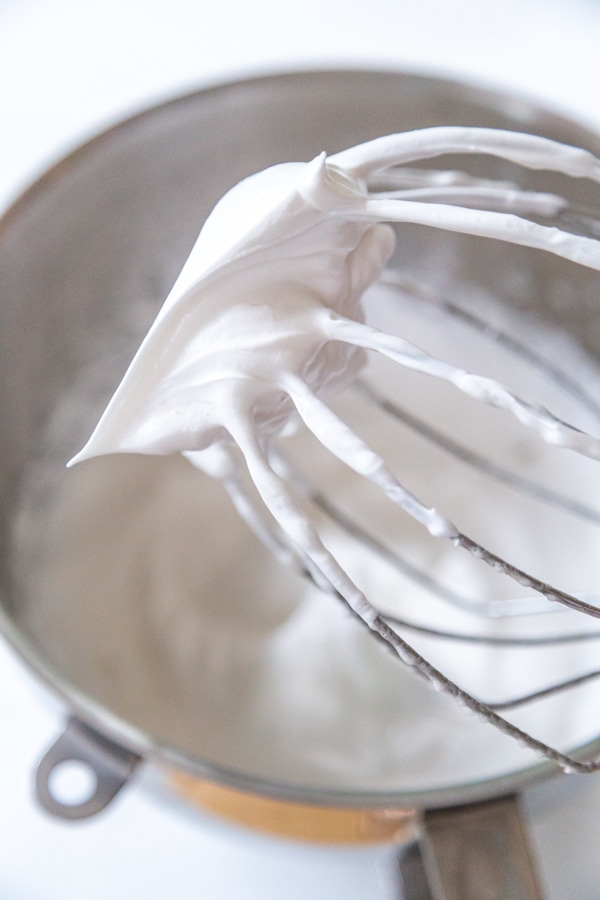 Aquafaba is the liquid in a can of chickpeas (garbanzo beans), or the leftover water after boiling homemade chickpeas.

Even though aquafaba doesn’t have the same proteins as egg whites, the chemical structure acts the same when you whip it with a stabilizer, such as cream of tartar.

To learn more about this magical potion, click HERE.

HOW TO MAKE VEGAN MERINGUE WITH AQUAFABA

Patience. Unless you have a bad batch (?) of aquafaba, it will happen.

Cream of Tartar. It’s a stabilizer and it helps the aquafaba become thick and stiff like egg meringue.

A good mixer. We love our Kitchenaid stand mixer. It comes with a whisk attachment that makes perfect vegan meringue.

Click the photo of the mixer to learn more.

HOW TO MAKE A VEGAN LEMON MERINGUE PIE

Make our flaky pie crust or buy a vegan ready made pie crust. Look below for more details.

Make the lemon pie filling and pour it into the pie crust. Refrigerate for several hours or overnight so it sets.

Whip up the meringue and evenly drop it on top of the lemon curd pie filling.

Use a spatula to create peaks.

For best results, use a kitchen torch to brown the peaks of the meringue.

If you don’t have a torch you can put the pie under the broiler until the peaks are golden brown. Watch it carefully so it doesn't burn!

Chill it in the refrigerator for an hour after baking so the meringue cools.
To purchase a kitchen torch, click the photo below. 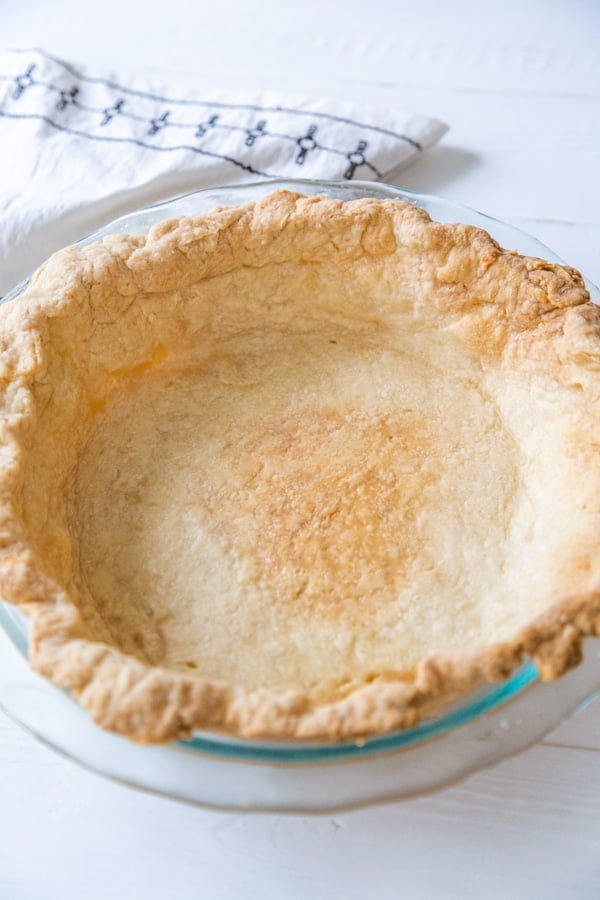 If you prefer to make your own pie crust, we get you. We do, too.

Our flaky pie crust is so delicious and well reviewed by our followers.

If you’re not into making homemade pie crust, here are a few accidentally vegan brands that we recommend.

Just be sure to read the ingredients list carefully, as they can change. 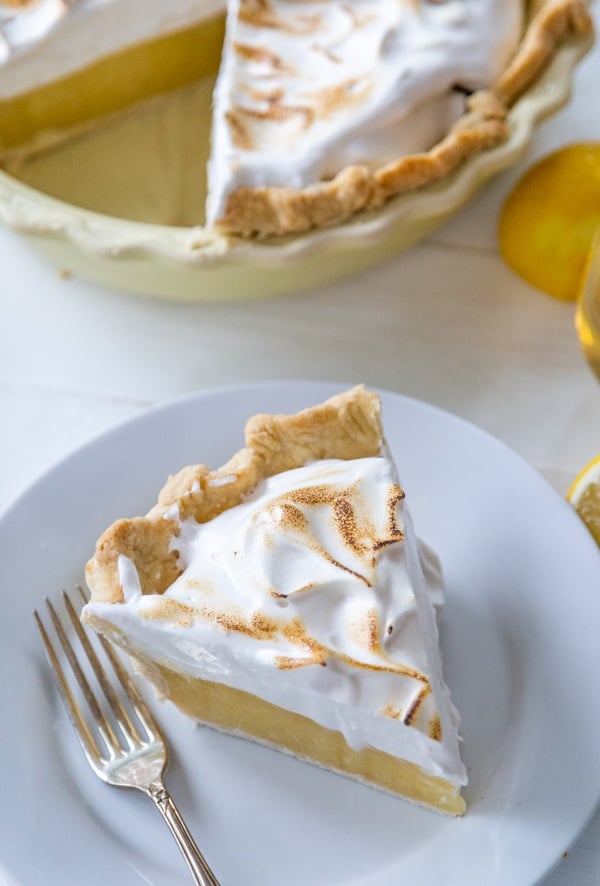 Make our vegan lemon meringue pie recipe and let us know what you think. We love to hear from you! And, don’t forget to take a picture of your gorgeous creation and tag us @veganosity on Instagram.

And, don’t forget to SUBSCRIBE to the blog so you never miss a recipe. 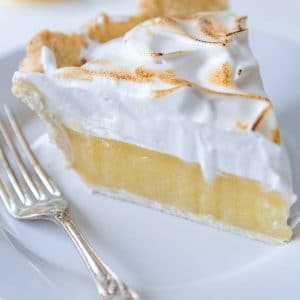 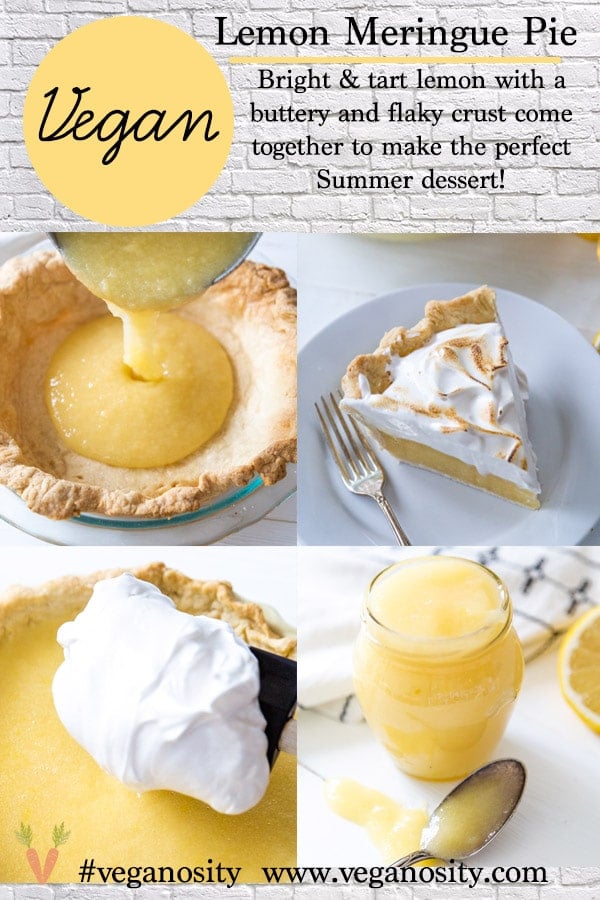