Vegan pulled BBQ Chicken that you can make on the stove or in a crock pot. This is a super easy recipe that vegans and non-vegans will rave over. It’s made with our seitan chicken recipe and homemade BBQ sauce and it’s perfect for parties and game day. 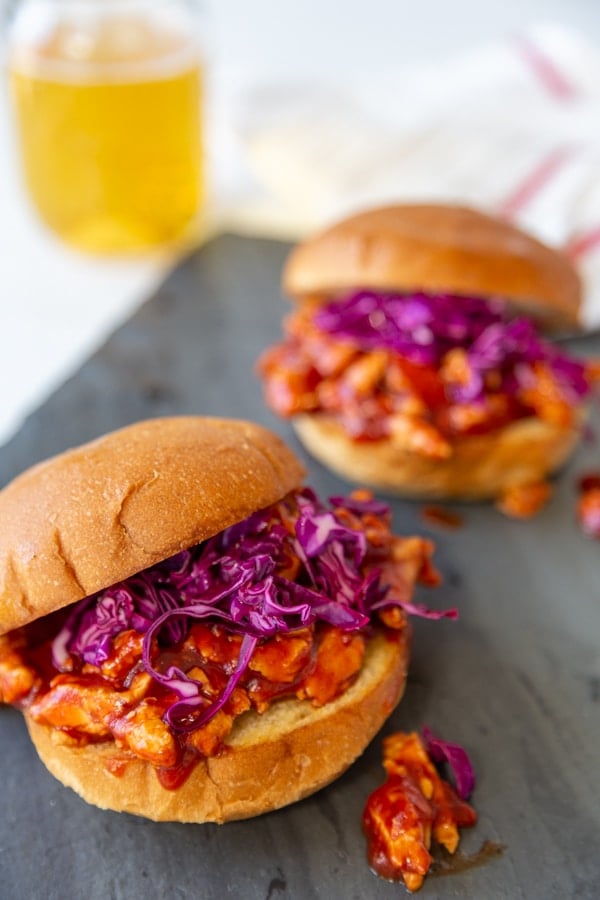 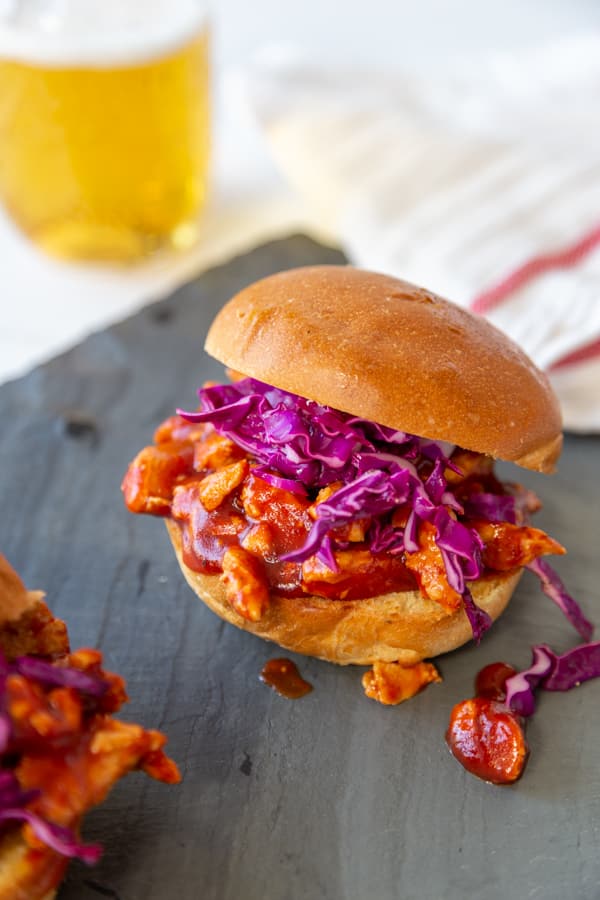 It’s no secret that we love BBQ. Our publisher hired us to write a vegan BBQ cookbook, so we know what we’re talking about.

When it comes to making really good barbecue, it’s all about the sauce.

There’s a different BBQ sauce for every region in this country. Some are made with mustard, others with bourbon, or honey, or a ton of vinegar.

Our favorite sauce is a combination of sweet and spicy with a bit of tang.

We like to taste several different flavors in BBQ sauce, we’re not fans of a sauce that tastes flat.

That’s why we created our easy homemade BBQ sauce, so we could get a hint of everything we love in one delicious bite.

After the sauce, the “meat” is what matters.

We have used jackfruit, mushrooms, carrots, and sweet potatoes to make pulled BBQ, and all of them work so well.

However, if you’re serving pulled barbecue to a meat eater, there’s nothing like shredded seitan chicken to satisfy the chewiness of meat.

Our vegan chicken recipe makes an excellent pulled BBQ sandwich, and we’re so excited for you to try it.

HOW TO MAKE THE BEST VEGAN PULLED BBQ CHICKEN SANDWICH

The first thing you’ll want to do is make our seitan chicken recipe.

It’s so easy, and we recommend making a batch and freezing it for later.

All you’ll need to do is whisk the vital wheat gluten and dry spices together, and then add the wet ingredients and stir until it forms a stretchy ball.

Knead it for several minutes and then flatten it and cut it into cutlets.

Steam for an hour and refrigerate until you’re ready to use it.

Chop the chicken into shreds and put it in a large saucepan or a slow cooker. Add the barbecue sauce and stir until the chicken is completely coated.

Bring to a boil and then reduce the heat and let it simmer for 30 minutes.

Serve it with a cabbage slaw.

HOW TO MAKE VEGAN BBQ IN A SLOW COOKER

Add the shredded seitan chicken and barbecue sauce to the slow cooker and stir to combine.

Cook on the lowest setting for at least 45 minutes.

If you’re in a huge hurry, feel free to use Gardein Chicken Strips and bottled BBQ sauce.

WHAT TO SERVE WITH VEGAN BBQ

We serve our barbecue on a bun with a pile of cabbage slaw on top. It also goes well with the following: 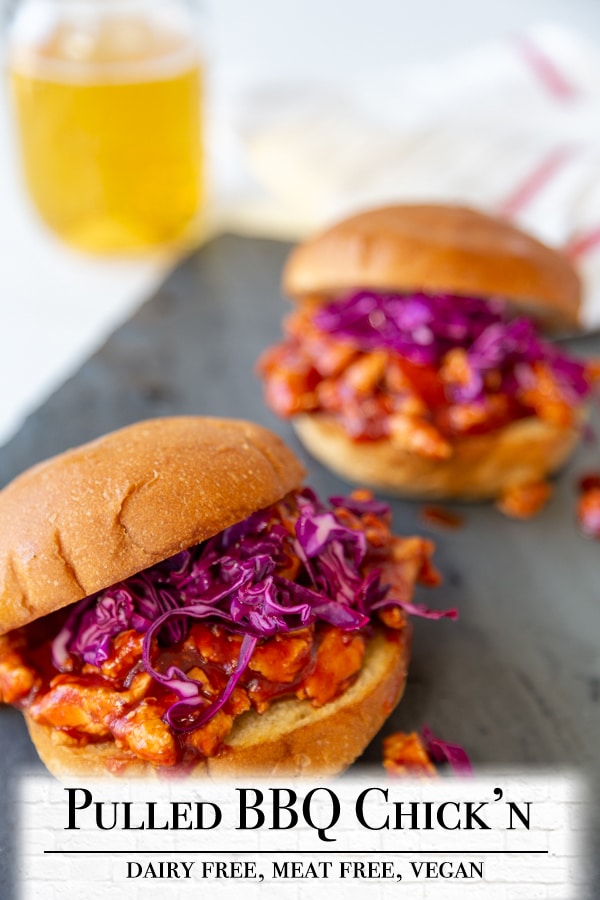 Make our vegan pulled BBQ chicken recipe and let us know what you think. We love to hear from you! And, don’t forget to take a picture of your gorgeous creation and tag us @veganosity on Instagram. 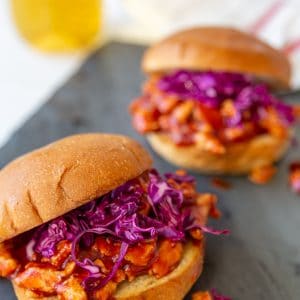 NUTRITION DISCLAIMER Please note that this makes 4 sandwiches; however, this will depend on how large or small you make your sandwiches.