This is the best vegan seitan chicken recipe because it tastes like chicken, is easy to make, and it's so versatile.  If you love our vegan BBQ ribs recipe, you're going to love this vegan chicken. You can grill it, make Vegan Fried Chicken, Hot Chicken or use it wherever you would use chicken. 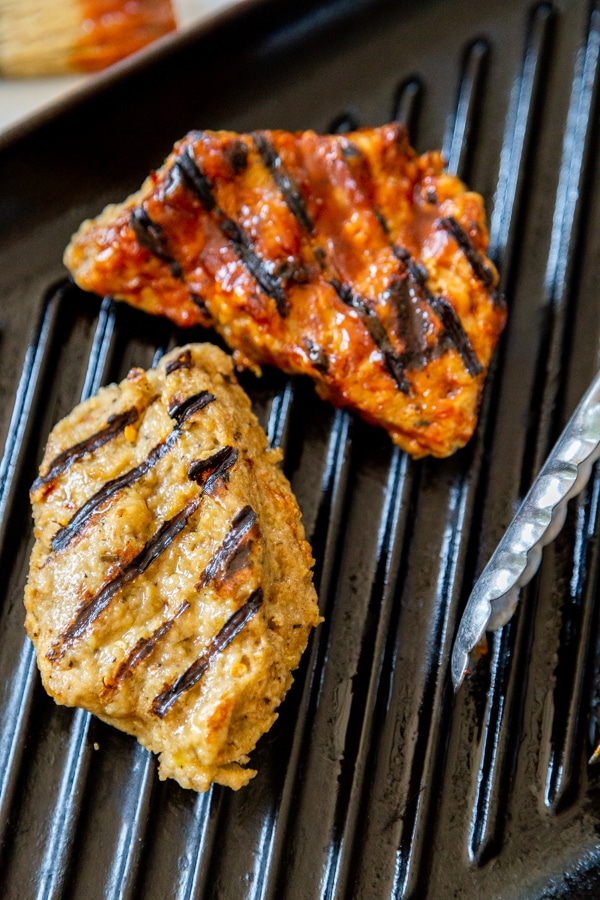 Vegan chicken recipes can be made with tofu, tempeh, cauliflower, or vital wheat gluten (seitan).

This particular recipe is made with vital wheat gluten, and it's as close to real chicken as you're going to get.

It's chewy, it can be shredded to make pulled barbecue, and it mimics real chicken better than anything else that we've tried 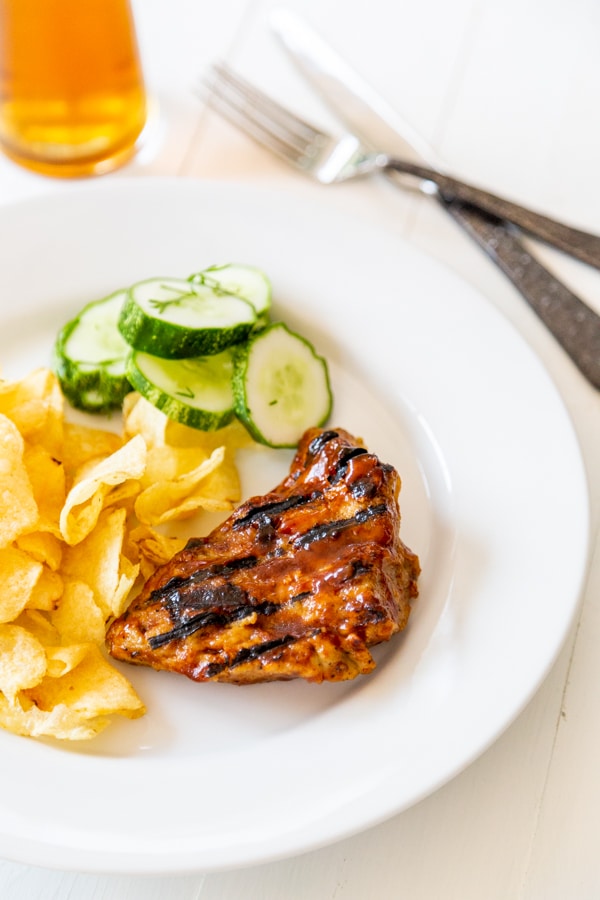 VEGAN FOOD TO BRING TO A BBQ

Never again will you have to wonder what to take to a barbecue, because our vegan chicken breasts are perfect for the grill! 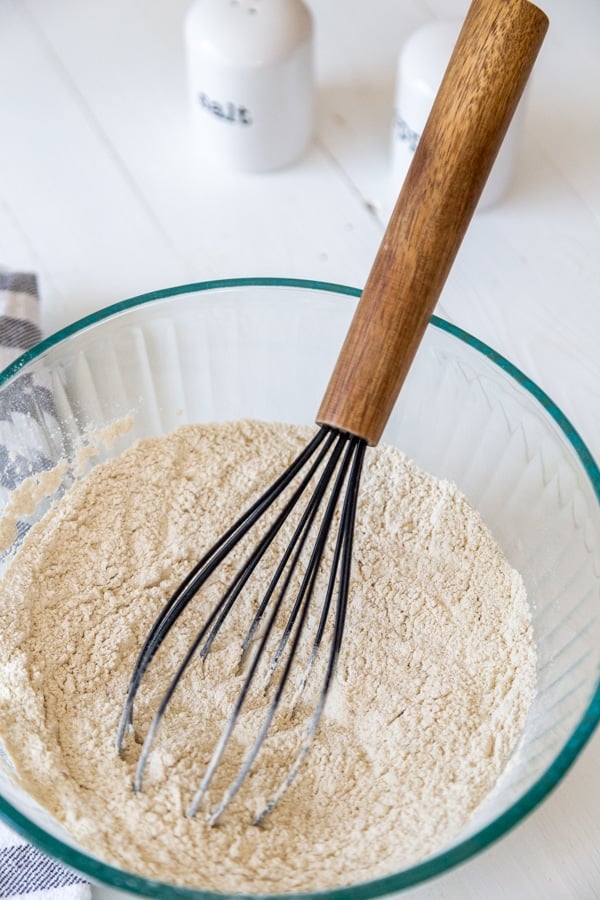 WHAT IS VITAL WHEAT GLUTEN?

It’s the natural protein found in wheat and it’s what gives seitan its meat like texture.

Basically, the wheat is stripped of everything except the gluten. The good news is that it’s very high in protein and low in carbs.

It’s also a good source of calcium and iron.

Most grocery stores carry it in their health, vegan, or baking sections. You can also order it on Amazon

WHAT INGREDIENTS DO YOU NEED TO MAKE A VEGAN CHICKEN RECIPE?

HOW DO YOU MAKE VEGAN CHICKEN?

The first thing you do is whisk the vital wheat gluten with the garlic and onion powder, salt, and chicken seasoning until they’re completely combined.

Whisk the tofu, water, chicken bouillon, and vegan Worcestershire sauce until the tofu is broken down into small pieces.

Stir the wet ingredients into the dry and then knead the dough until it forms a solid ball. Don’t overdo it or the seitan will have a tough texture. It will be stretchy.

If it’s too dry, add a tablespoon of water at a time until it forms a stretchy dough. If it’s too wet, add a bit more vital wheat gluten.

Roll or press the dough into a flat circle, approximately a half-inch thick. It will try and shrink, just keep pressing it back.

Also, if it tears, just press the dough back together.

Now cut out cutlets. You can make them as large or as small as you’d like.

Put a steamer basket in a large pot and fill it with water just to the bottom of the basket. You don’t want the water to touch the seitan cutlets. Bring the water to a boil.

If you need to overlap the cutlets, lightly spray them with oil to prevent sticking.

Reduce the water to a simmer and cover the pot. Steam for 30 minutes.

Remove the vegan chicken breasts from the pot and refrigerate for at least an hour.

Chilling the vegan chicken cutlets makes the texture even better. 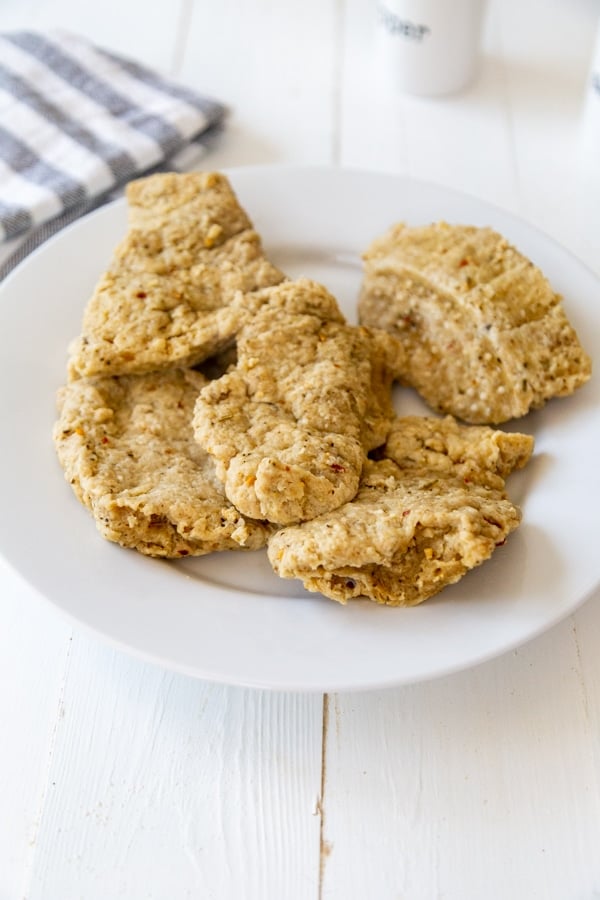 Store it covered in the refrigerator for up to 4 days, or freeze it in an airtight container for up to 3 months. . 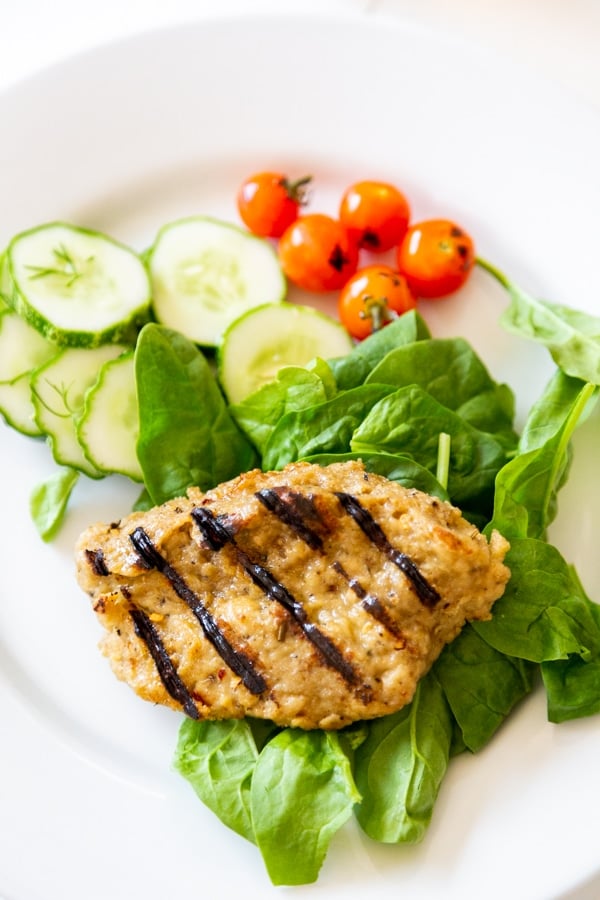 How to Serve Vegan Seitan Chicken

Southern-Style Vegan Chicken and Biscuits - Shred the seitan chicken instead of using jackfruit.

Make the best vegan chicken seitan recipe and let us know what you think. We love to hear from you! And, don’t forget to take a picture of your gorgeous creation and tag us @veganosity on Instagram. 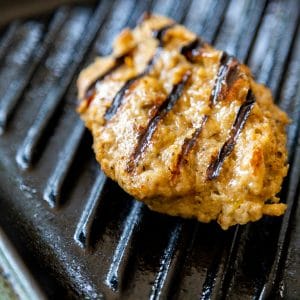