Shredded Carrots with Homemade BBQ Sauce! If you love pulled BBQ then you're going to love this healthy and delicious recipe.

Hi there! Thanks for visiting us, we’re so happy you’re here. If you’re looking for Southern inspired vegan comfort food recipes, you’ve come to the right place.

A VEGAN BARBECUE RECIPE THAT MEAT EATERS WILL LOVE

Pulled BBQ carrots. You think I’m kidding? I’m not. But before we start talking about this DELICIOUS recipe, let’s dish.

January first was my fifth vegan anniversary! That decision has been life changing.

All of that because I made the conscious choice to go vegan. Life is good! Pun totally intended. 😉

How Many Animals Does a Vegan Save Each Year?

According to Animal Equality, “Over 56 billion farmed animals are killed every year by humans. More than 3,000 animals die every second in slaughterhouses around the world.” 56 BILLION! We can’t.

Thankfully, we don’t. In two years Alex and I have saved approximately 800 animals combined. Just a speck when you look at the astronomical number of animals killed every second, but I bet those 800 animals are grateful.

We're also pro-adoption when it comes to adding a furry friend to the family. There are so many beautiful animals sitting in cages right now just waiting to be loved. Please adopt.

WHY THIS BBQ CARROT RECIPE WORKS

Y'all, won't believe how incredibly chewy roasted shredded carrots are. When you cook a whole carrot for too long it can get mushy, but when you shred them and roast them, they get a little crispy on the edges and super chewy.

This is what makes them the perfect vegetable for making pulled vegan barbecue.

We also add some shredded onion to the pan when we roast the carrots because it adds a great flavor.

Y'all, you just don’t know how fabulous carrots are until you turn them into chewy, meaty, slightly spicy, pulled BBQ deliciousness.

WHERE THE INSPIRATION CAME FROM

I thought of the idea of making pulled BBQ carrots during a visit to The Wonderland Express exhibit at The Chicago Botanic Garden.

There was a spirits and wine tasting at the event and I needed to eat. Unfortunately, and true to the Standard American Diet, everything had meat, cheese, or cream in it.

They had a beef sandwich with slaw on the menu, so I got creative and asked if I could have a slaw sandwich, which gave me the idea to create a pulled BBQ veggie recipe.

Carrots seemed like the obvious vegetable because they shred easily, they’re the color of BBQ sauce—more or less—and they have a sweetness that would rock with the spicy sauce. 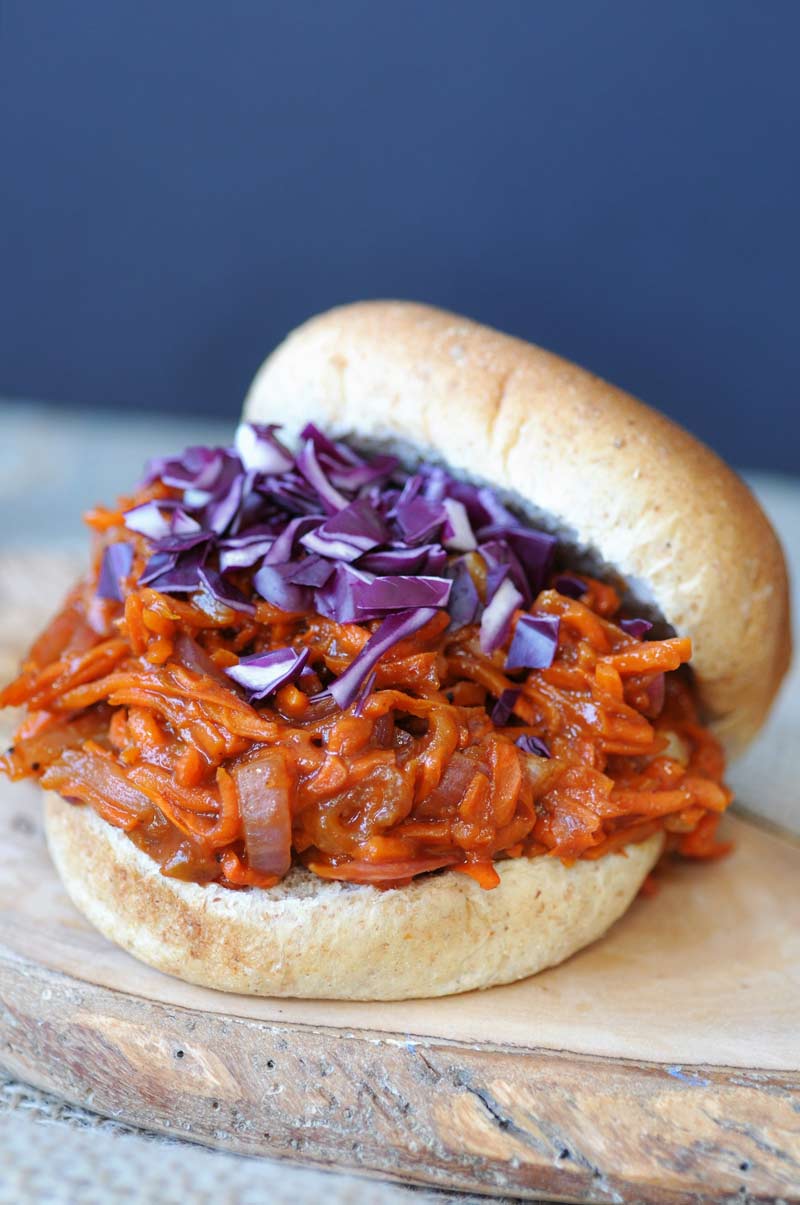 HOW TO MAKE  BBQ PULLED CARROTS

This is sooooo good. And it’s easy to make. If you have a food processor it’s even easier.

Make the Carrots and Onions. 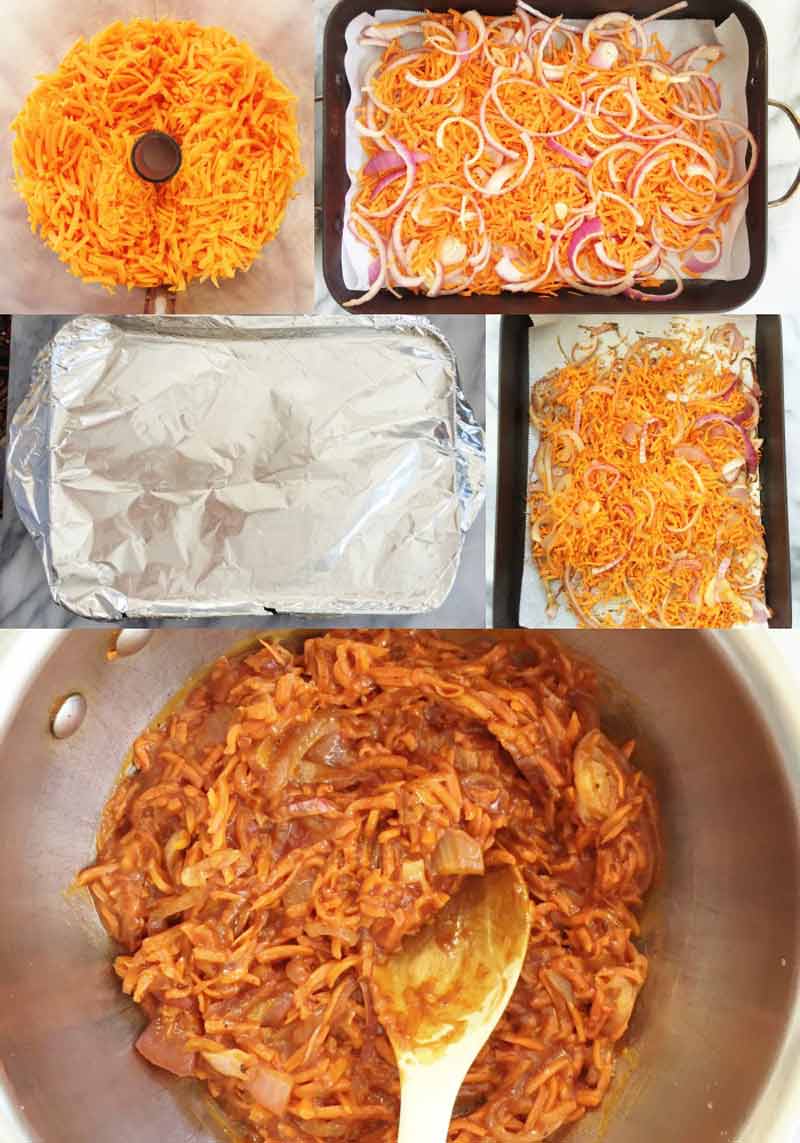 HOW TO MAKE THE BEST HOMEMADE BBQ SAUCE

Our sauce is the best! We rarely make those kinds of statements, and we're making an exception this time.

Our readers love it, our friends and family love it, and we love it. Enough said. 🙂

Add the BBQ sauce ingredients to the blender and blend until fully combined.

Put the sauce in a pan and bring to a boil, then reduce to simmer and let it cook for about 15 minutes. 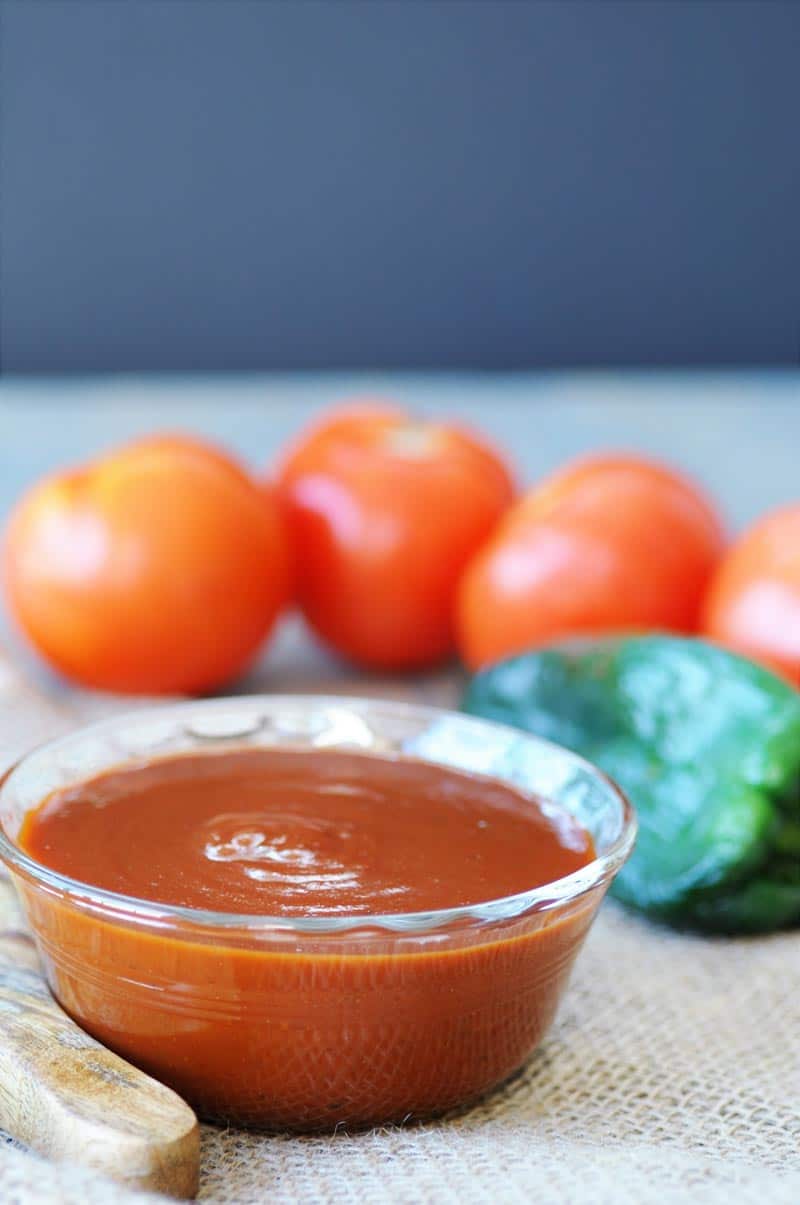 HOW SHOULD I SERVE WITH VEGANOSITY PULLED BBQ CARROTS?

We're so glad you asked. Here is a list of some of our favorite side dishes to serve with this vegan BBQ sandwich.

Smoky Baked Beans from our cookbook, Great Vegan BBQ Without A Grill 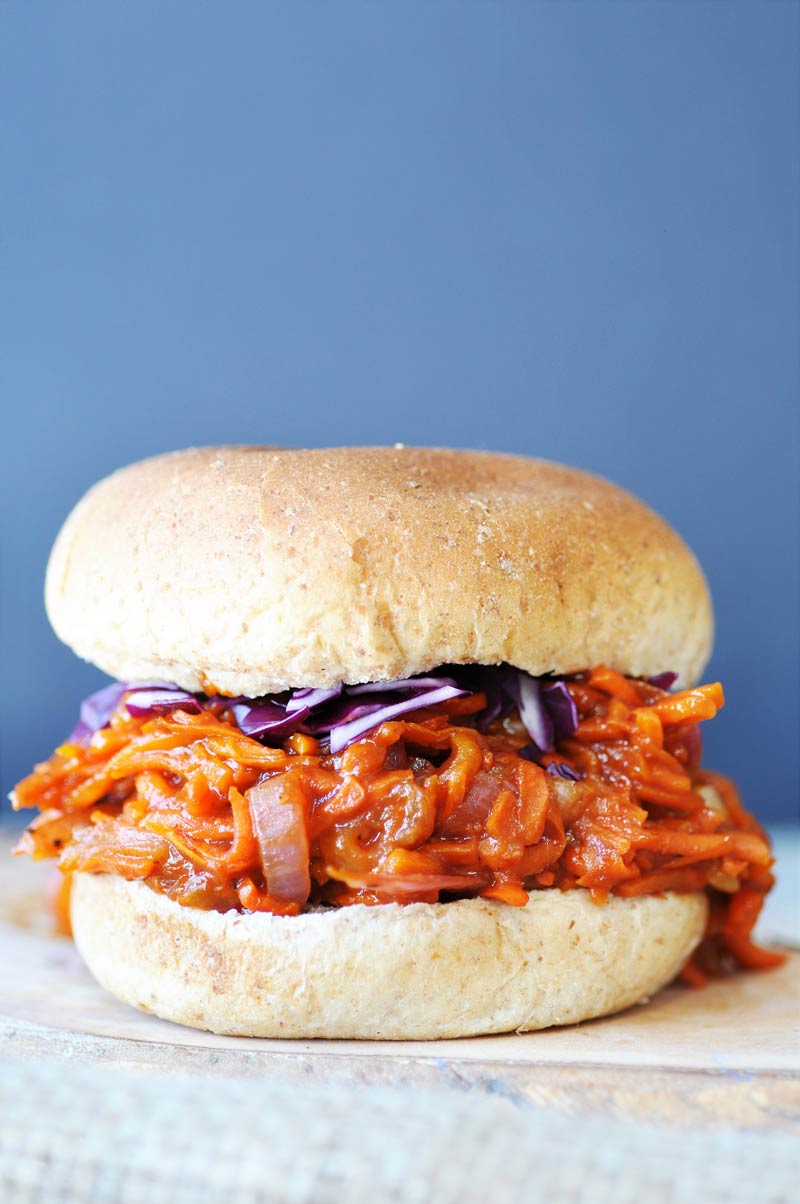 For the BBQ sauce:

Two vegan brown sugar options are Imperial Sugar or GW Sugar. You could also use coconut sugar.   The nutrition facts are an estimate only. 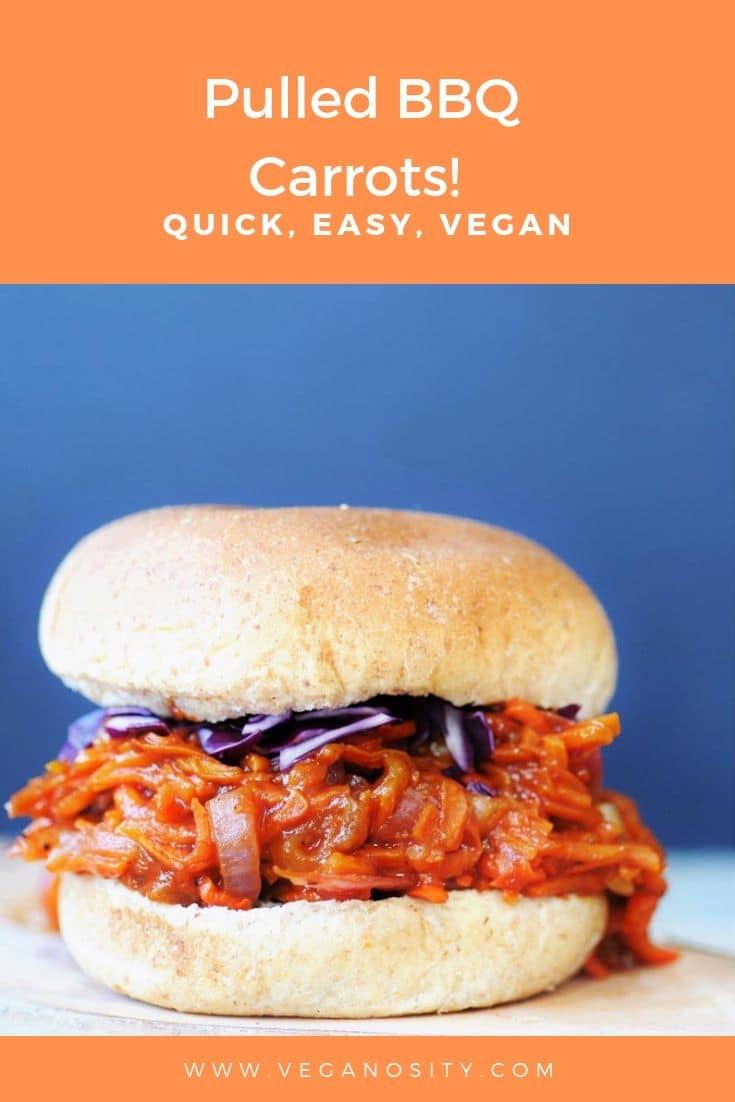 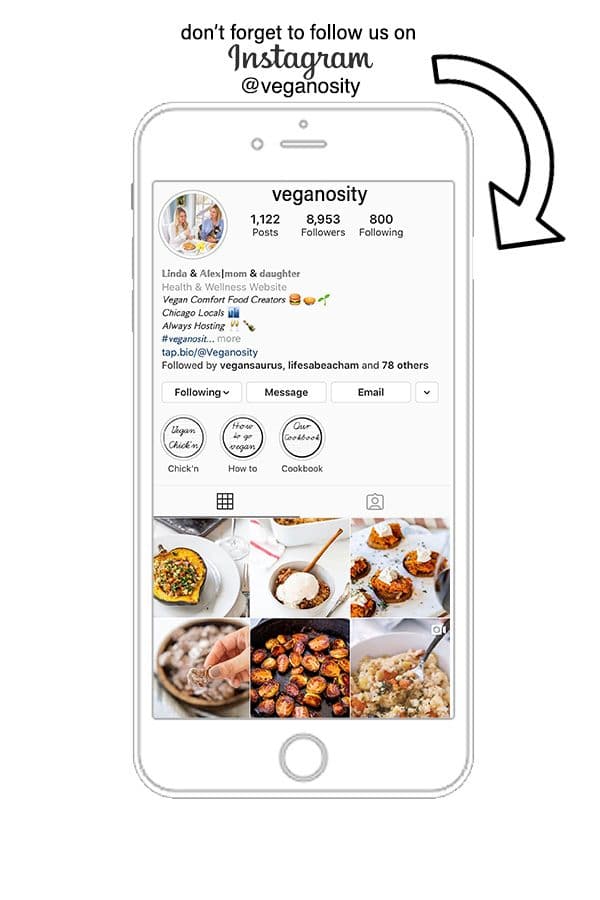 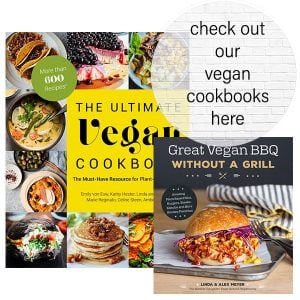