Crispy Stuffed Potato Skins are exactly what you need at your next vegan game day party! These delicious baked potato appetizers are filled with vegan taco filling and cheesy potatoes, then topped with crushed pepita seeds, green onion, and fresh tomatoes. The best party food! Eat them with guacamole and a refreshing margarita. 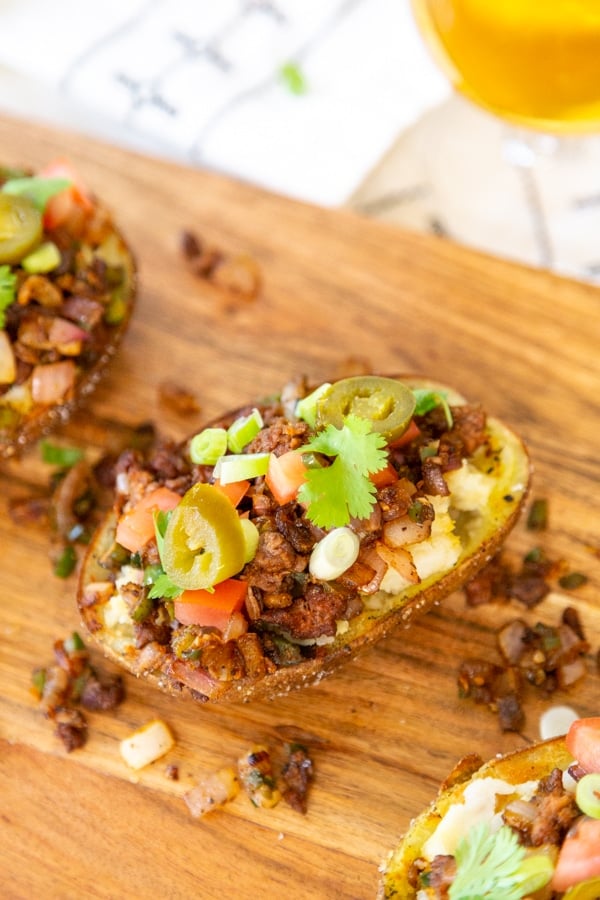 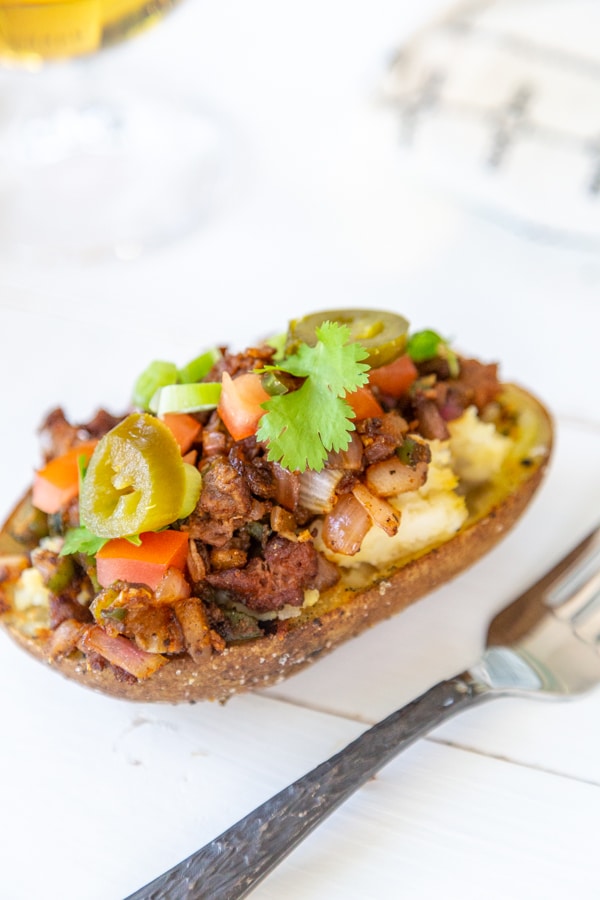 If you want to impress your guests with a delicious finger food party appetizer, then it's time to break out the big guns, y’all. Loaded potato skins!

Vegetarian stuffed potatoes take a little bit of time to make, but they’re so worth it!

They’re not hard to make, they’re actually easy, it’s just a matter of baking the potatoes, making the filling, and then constructing them.

The time it take you to make them will be rewarded by all of the rave reviews that you’ll get after everyone devours them. 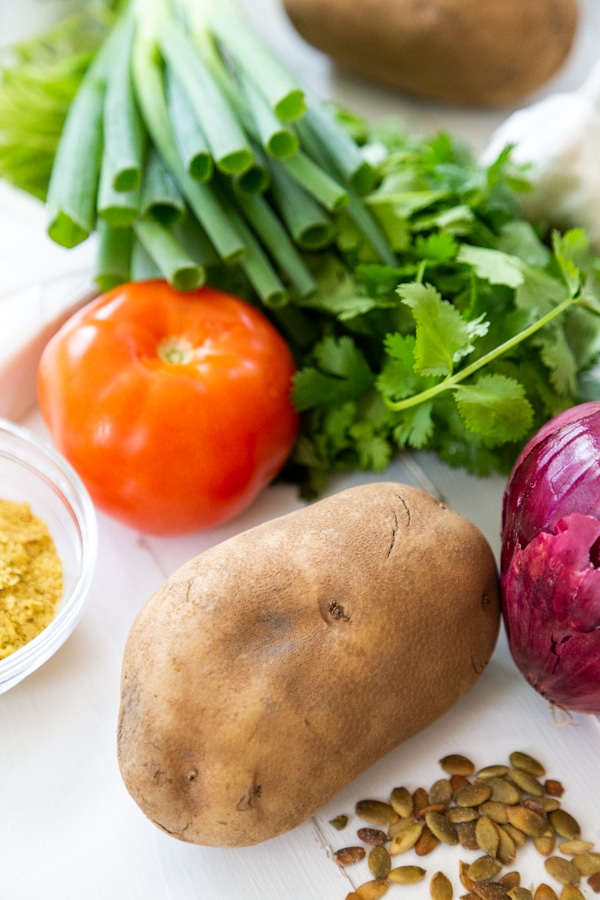 You can fill potato skins with pretty much anything, and we like to go with lots of flavor, texture, and spice.

The ingredients in this recipe actually makes the potato skins healthy.

There are so many flavors and textures in this vegetarian potato skins recipe, and that’s what makes them so good.

Scrub the potatoes under cool water and pierce with a fork a few times. Bake them for approximately 40 to 45 minutes, or until they’re just fork tender. For ultra crispy skins, lightly oil the potatoes.

You don’t want them to be too soft or the skins will fall apart.

While the potatoes are baking, make the taco filling

If you don’t want to make the filling you can saute a diced onion, garlic, vegan beef crumbles, and spices. Use the same seasoning ingredients and instructions from the taco filling.

Let the potatoes cool until you can handle them without burning your hands.

Cut them in half vertically and scoop out the potato, leaving about a quarter of an inch of potato attached to the skin.

Mix the scooped-out potato with nutritional yeast and salt and pepper until creamy and totally combined.

Fill the potato skins with the potato mixture and taco filling and bake for 10 minutes to heat through.

WHAT GOES WITH POTATO SKINS?

Serve our crispy potato skins with these vegan appetizers for a great party!

OTHER VEGAN POTATO RECIPES YOU WILL LOVE

Make this crispy vegan stuffed potato skin recipe and let us know what you think. We love to hear from you! And, don’t forget to take a picture of your gorgeous creation and tag us @veganosity on Instagram. 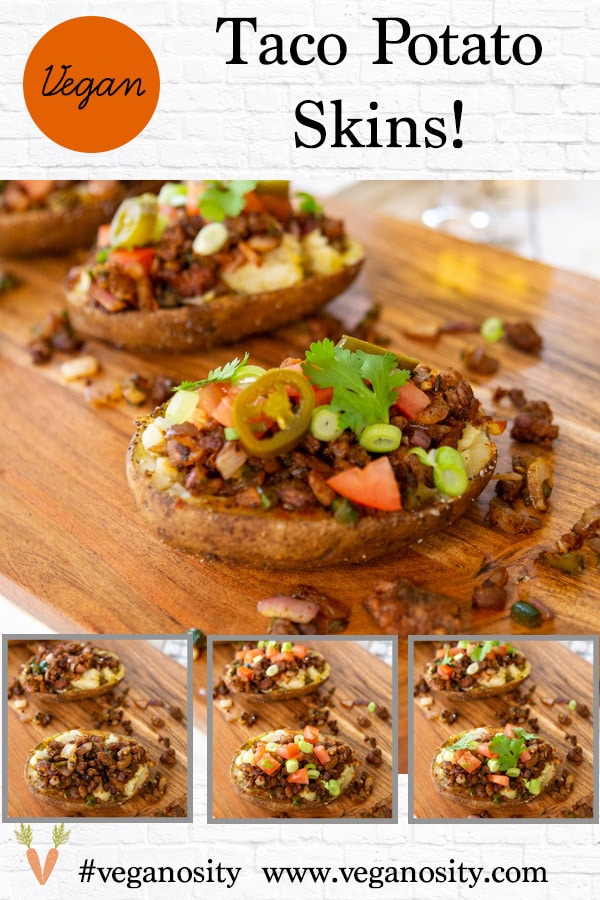 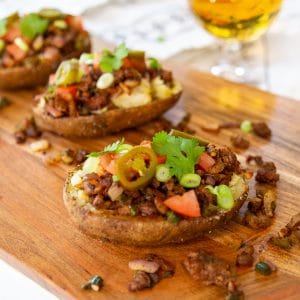 NUTRITION DISCLAIMER If you don’t want to make the filling you can saute a diced onion, 3 cloves of minced garlic, a finely chopped jalapeno pepper, vegan beef crumbles, and the same seasoning ingredients and instructions from the taco filling.