In the Midwest, puppy chow is a childhood staple! We can’t remember a single swim meet, tennis match, or soccer game without a huge bowl of puppy chow sitting on the sidelines. This vegan puppy chow is super easy to make and just as delicious as the traditional chocolate, peanut butter, and powdered sugar recipe! 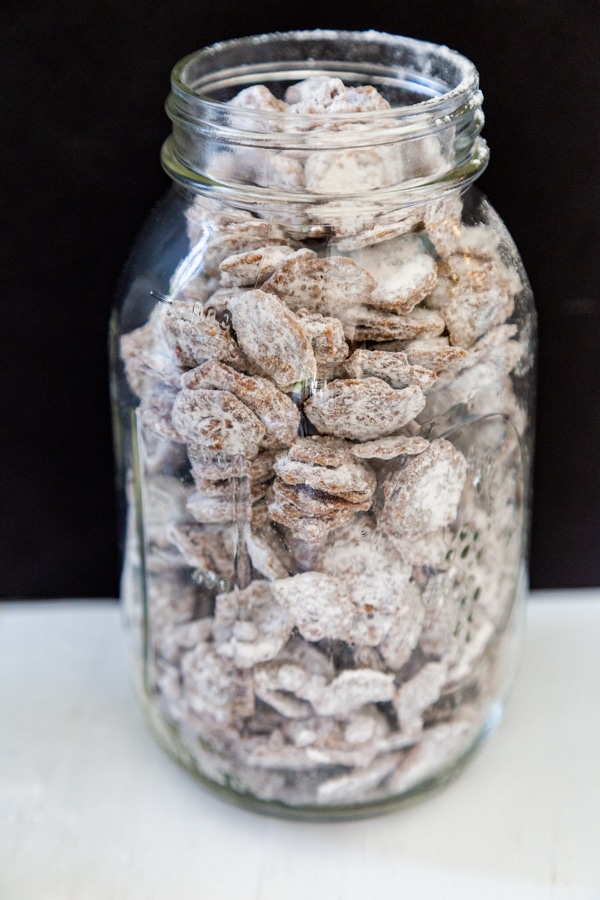 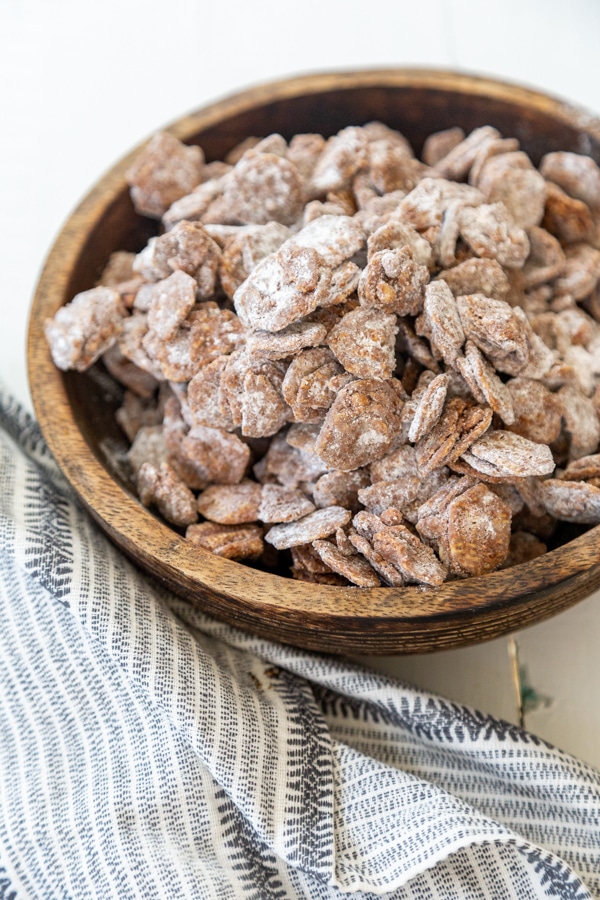 WHAT IS PUPPY CHOW?

True story, I was going to a spontaneous neighborhood happy hour a few weeks ago and told my friend that I only had puppy chow to bring.

She was SO confused and asked if I had lost my mind. She actually thought I was going to bring dog kibble!! LOL!!

It surprised me that she had never heard of  it before, I mean, where has she been living?

After I finished laughing, I explained that it’s a delicious chocolate peanut butter cereal snack.

It’s a crunchy sweet snack that kids and adults love snacking on.

Now that we’ve made a gluten-free and dairy-free muddy buddies recipe (I’m going to use both names since people in different regions call it one or the other), almost anyone can enjoy them. 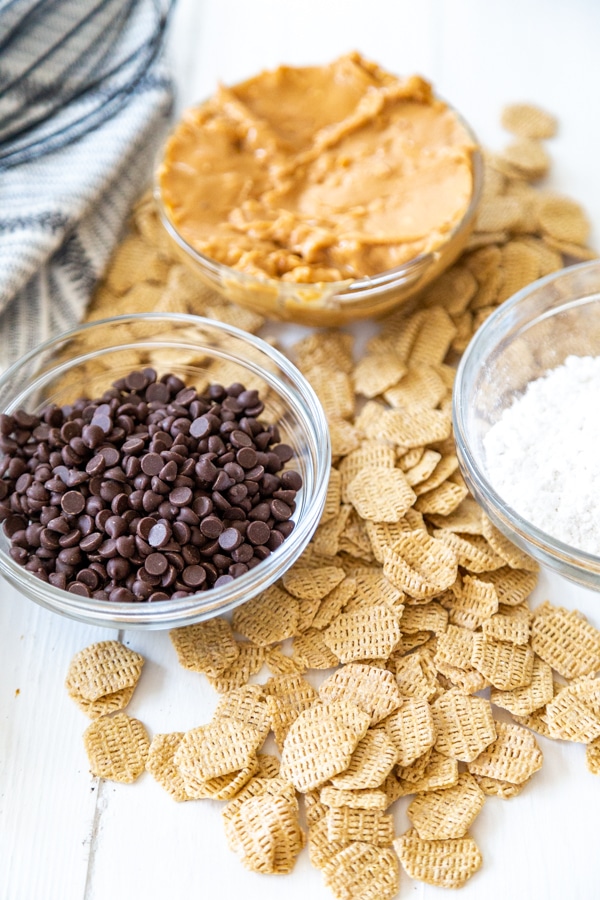 HOW DO I MAKE THIS PUPPY CHOW FOR HUMANS RECIPE? 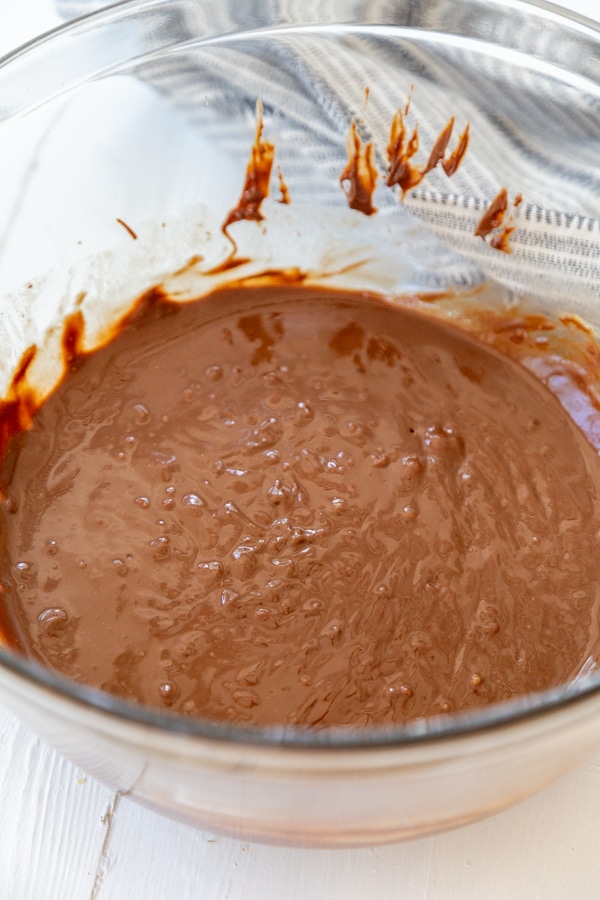 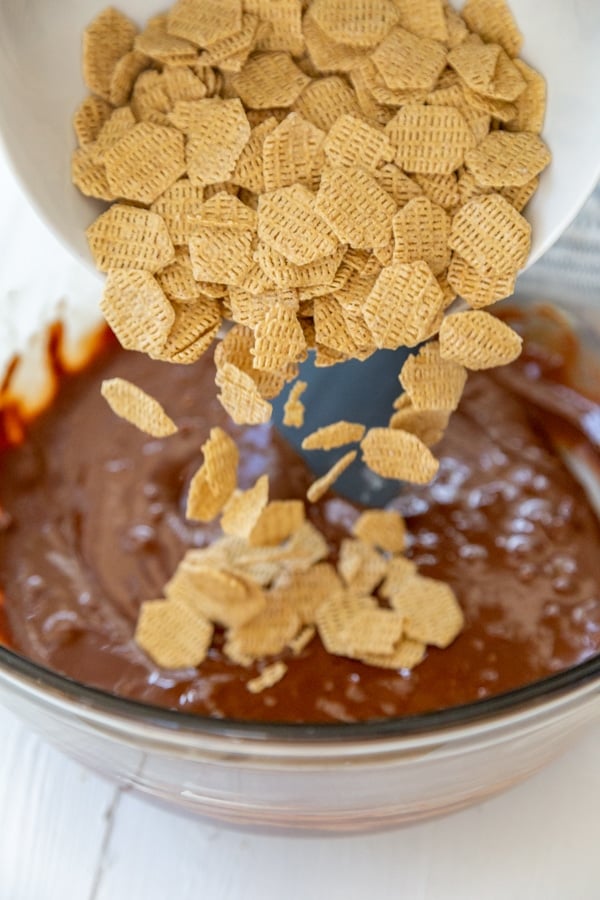 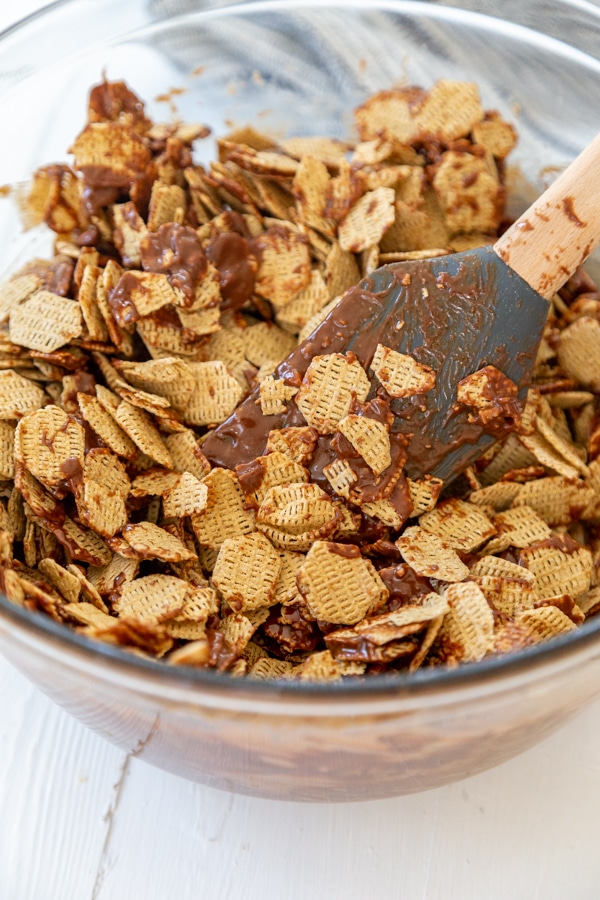 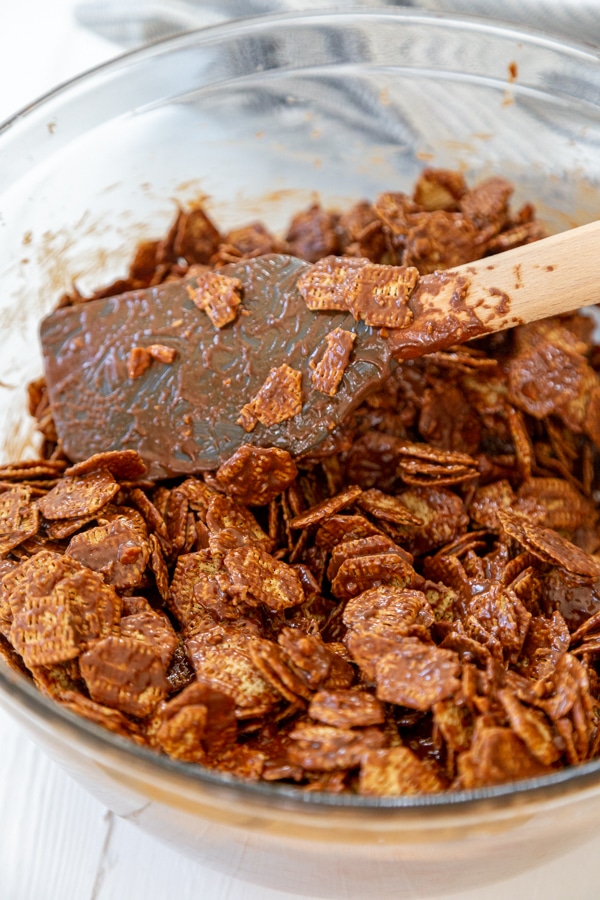 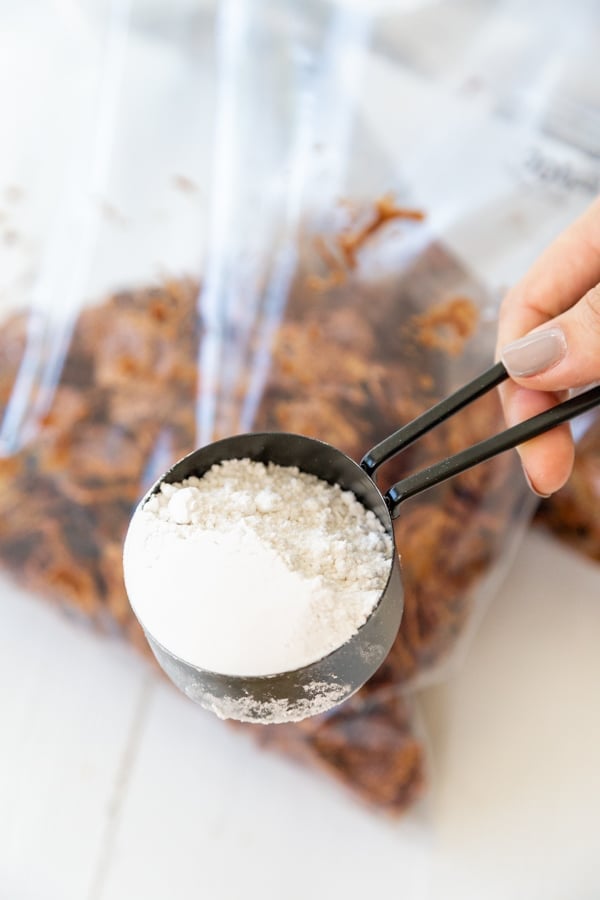 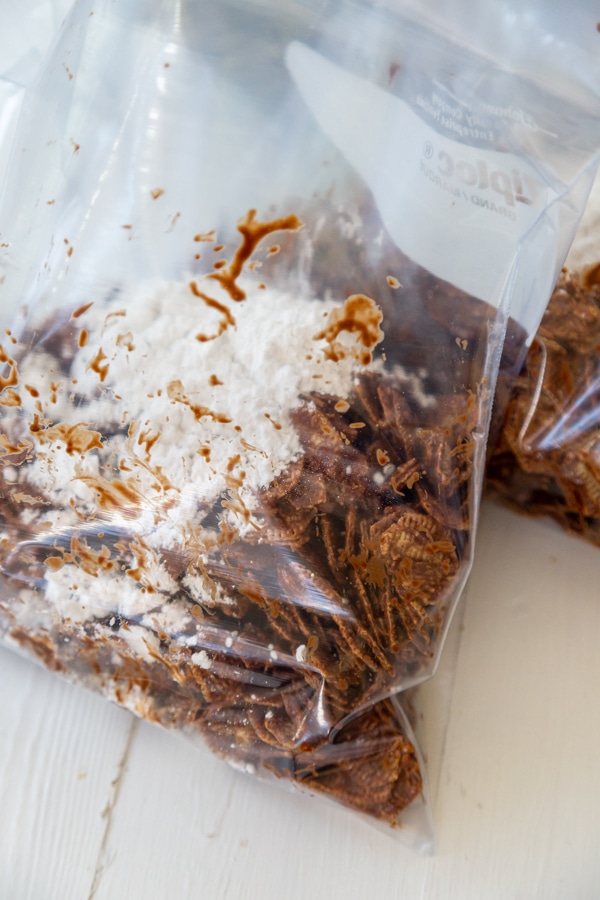 HOW DO I STORE PUPPY CHOW?

Store it in a clean mason jar or dish and cover. It should be kept in the refrigerator and will last for 5 days.

You can also freeze it in a freezer safe container for up to 3 months. 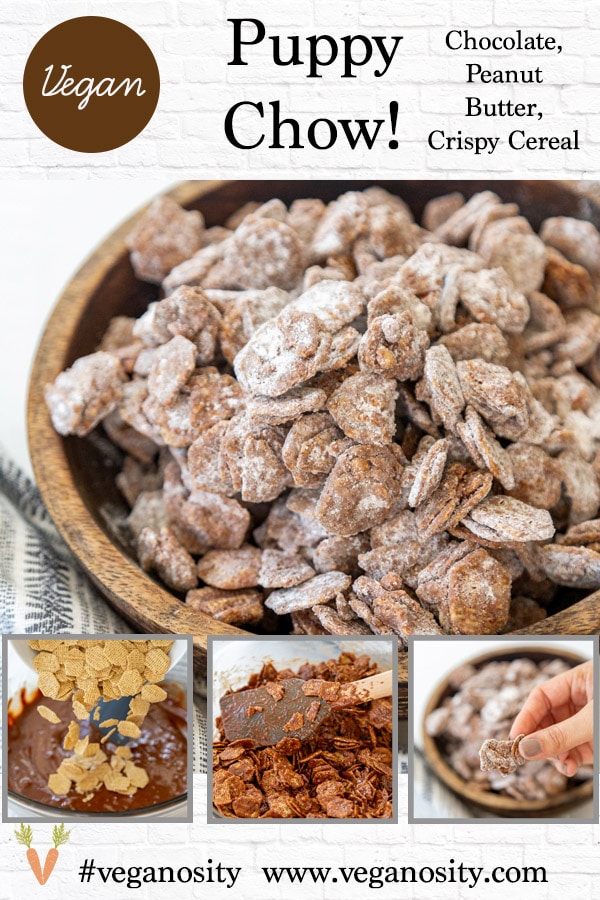 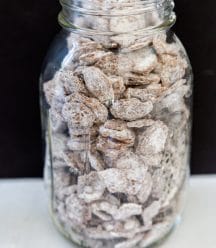 This vegan take on a classic recipe is filled with peanut butter, chocolate, powdered sugar, and crispy cereal! 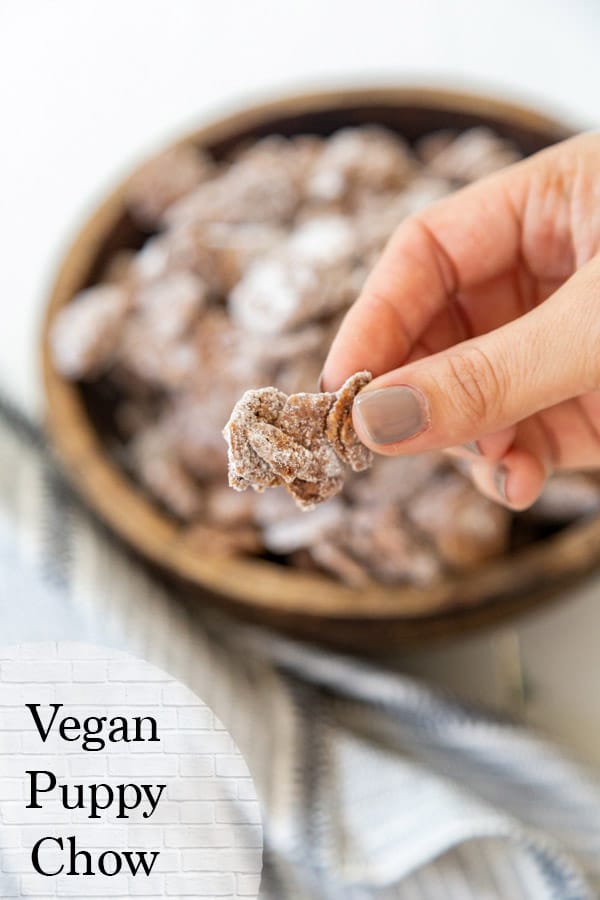 140shares
Healthy vegan recipes that will keep you strong, fit, and satisfied.