Our vegan monte cristo sandwich will easily become one of your favorites. Although it’s meat, dairy, and egg-free, its taste and texture are very much like the real deal. It’s like combining French toast and a ham and cheese sandwich. Give it a go and let us know what you think. 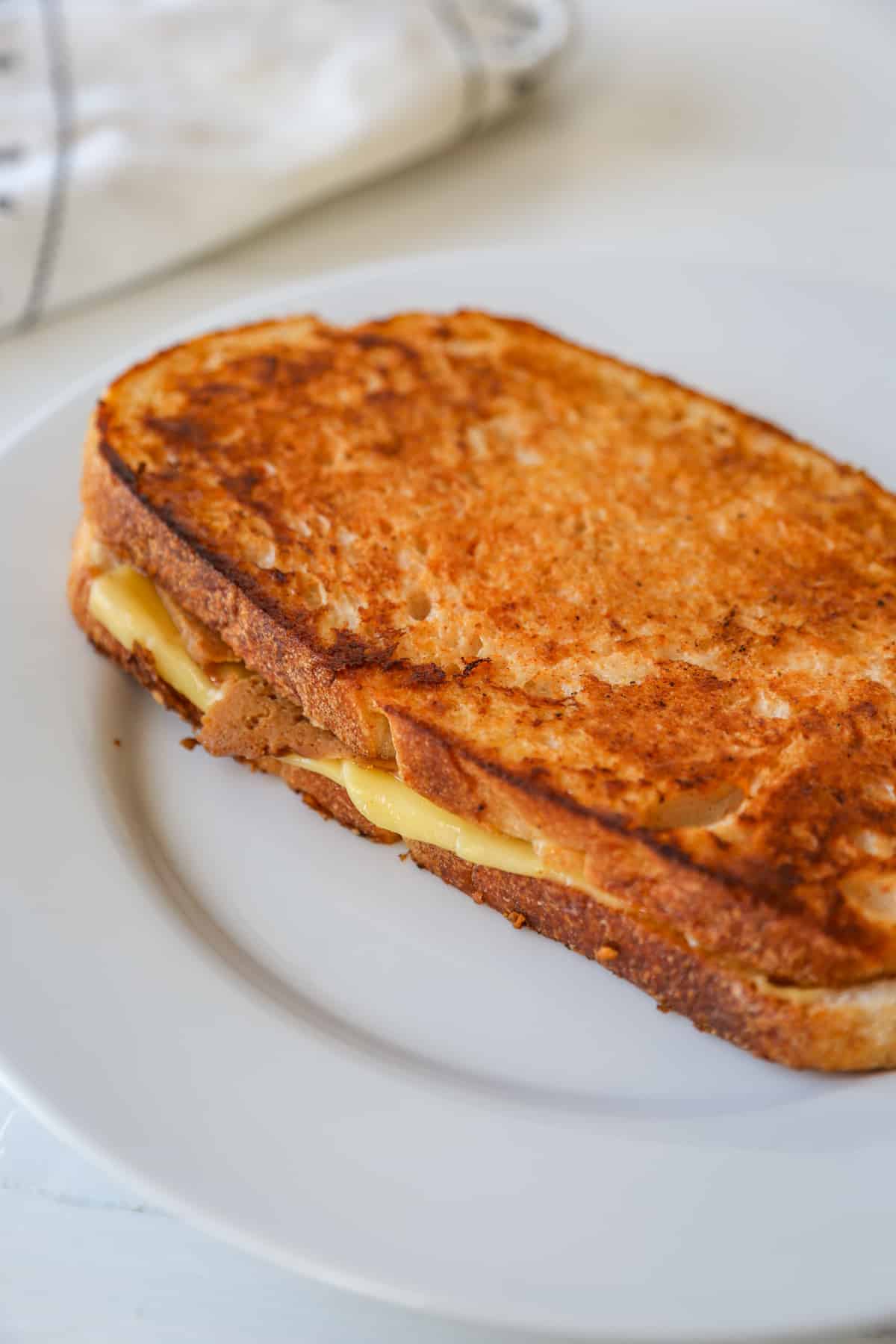 What is a Monte Cristo Sandwich and Where Did It Come From?

A monte cristo is basically a fried ham and cheese sandwich.

It’ typically made with Swiss cheese and ham, turkey, or chicken and dipped in egg batter and fried.

Sweet versions come with a side of jelly to dip them in.

It’s not a health food, but it’s so dang delicious!

It’s thought to be a version of the Croque Monsieur, a French ham and cheese sandwich.

The Americanized version began sometime after 1930. It was called the French Sandwich, Toasted Ham Sandwich, and French Toasted Cheese Sandwich.

In the 1950s it was given the name, Monte Cristo, in Southern California.

It became popular when Disneyland started selling them at the theme park in the 1960s. 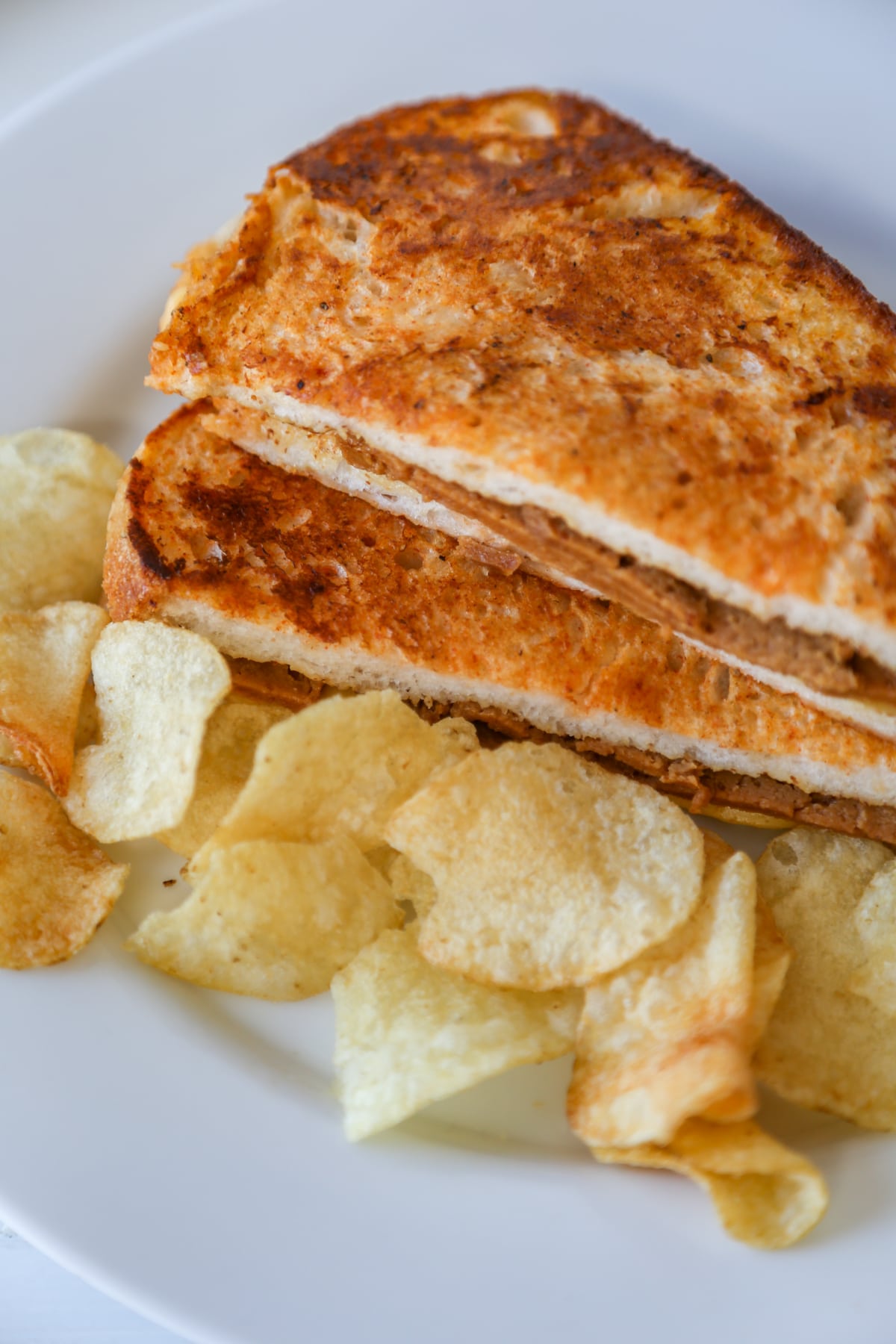 How to Make a Meatless Monte Cristo Sandwich

You’re going to want to begin with a good vegan ham.

There are store bought versions, or you can make our seitan ham.

Next, you’ll want to find a vegan cheese that resembles a gruyere. We like Chao Original for our vegan ham and cheese recipe.

Finally, you’ll need a vegan egg that will stick to the bread and create that wonderful French toast like texture.

Mix the vegan egg with paprika, salt, and pepper in a shallow bowl that’s wide enough for the bread. 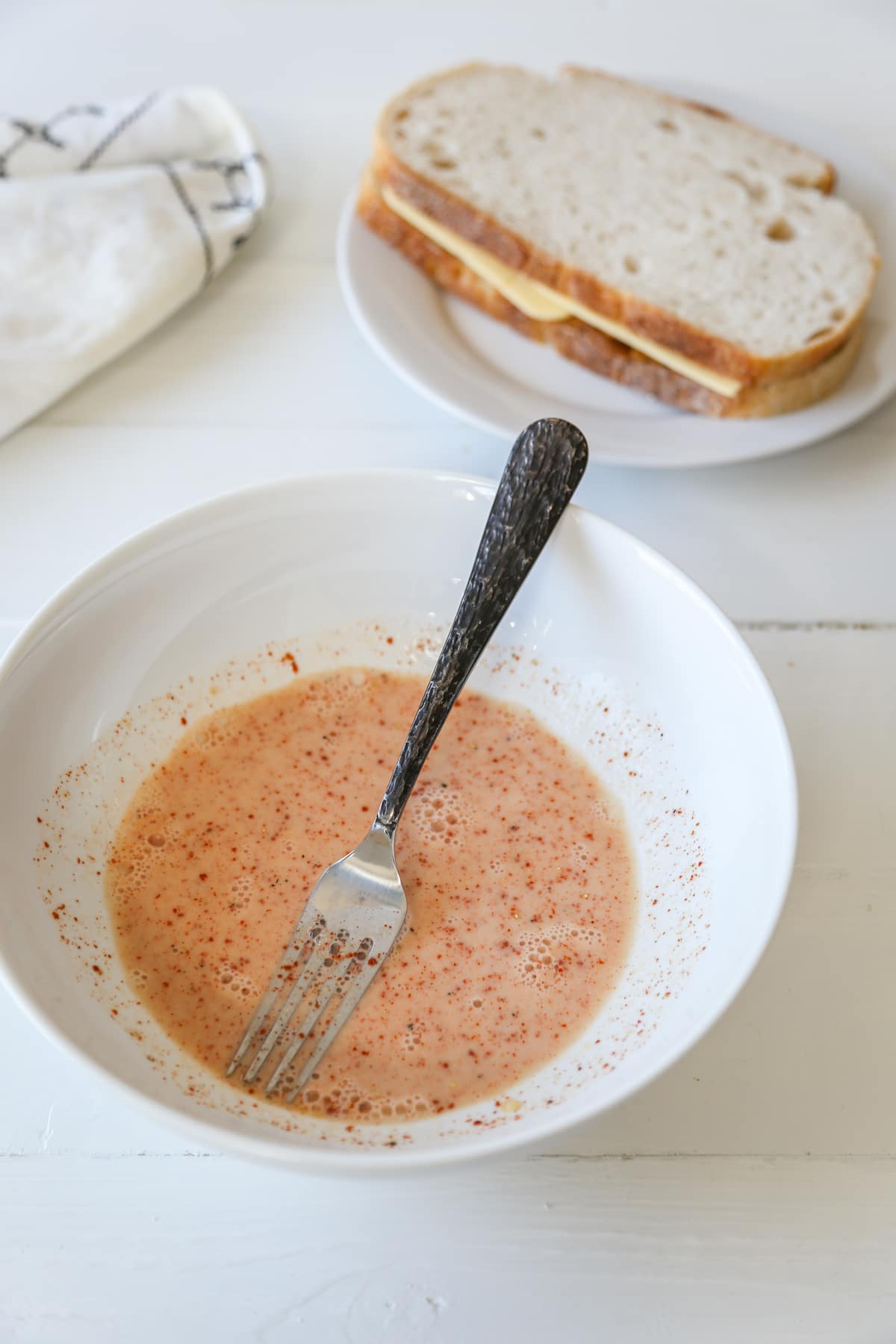 Spread the mustard evenly over one side of the bread and add the vegan ham and cheese. 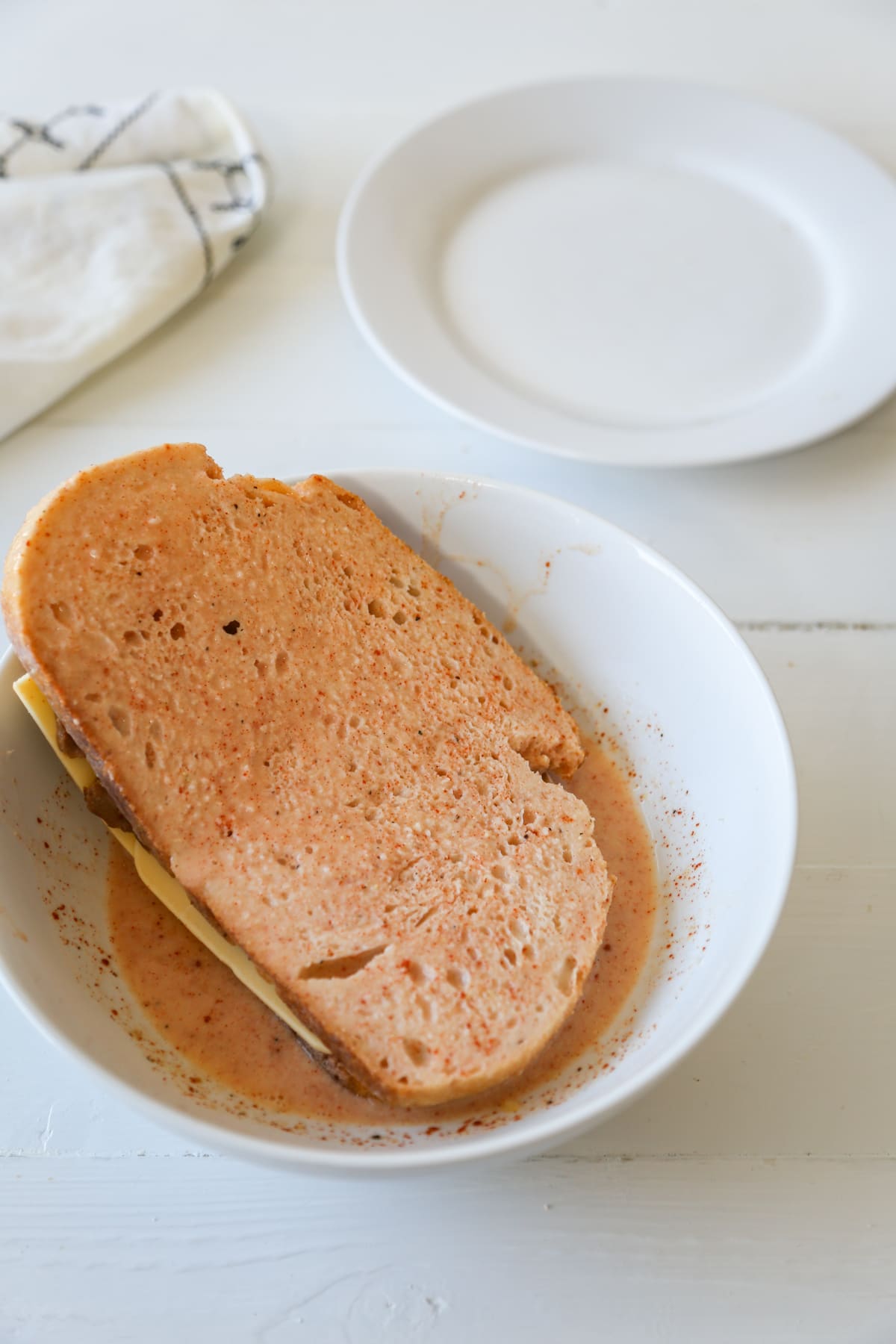 Heat a skillet on medium-high heat and add the vegan butter. When the butter is completely melted, place the sandwich in the pan and cook for 2 to 3 minutes per side.

The crust of the bread should be a beautiful golden brown and crispy, and the cheese should be melted.

Cover the pan to ensure that the cheese fully melts. 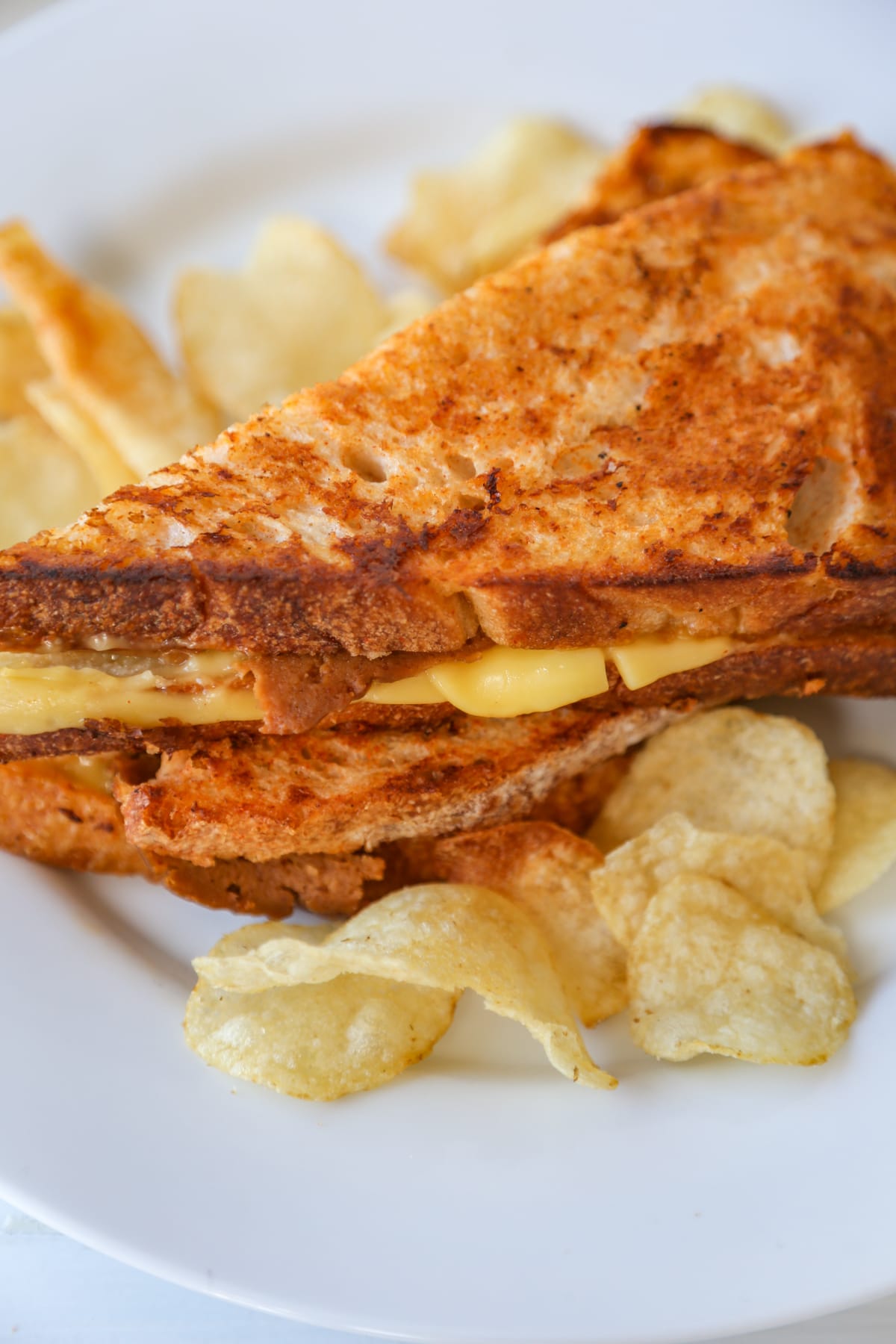 Best Bread for a Monte Cristo?

While you can use any kind of bread, we think that sliced sourdough is the best.

It gets nice and crunchy, and the slightly sour taste elevates the flavors of the other ingredients.

This sandwich is great as the main course for a meal. You can also slice it into small pieces for appetizers.

What to Serve it With 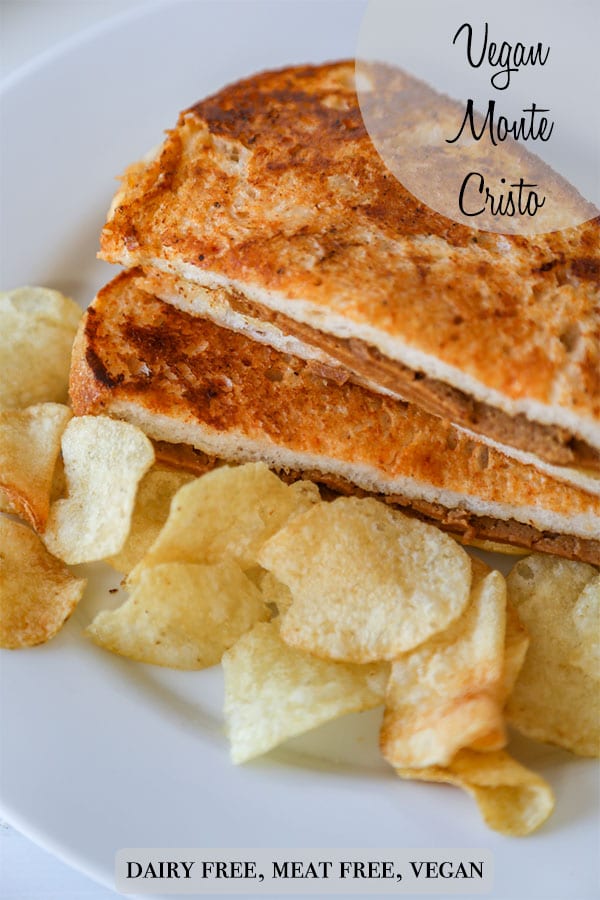 Make our vegan monte cristo recipe and let us know what you think. We love to hear from you! And, don’t forget to take a picture of your gorgeous creation and tag us @veganosity on Instagram. 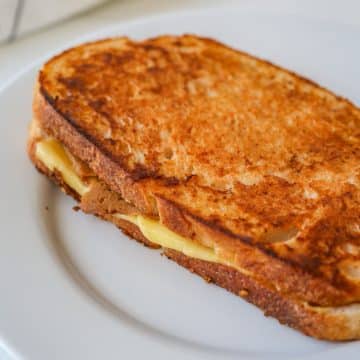 NUTRITION DISCLAIMER This sandwich needs to be coated in a true egg substitute. JUST egg is the only egg substitute that works for this. You can find it in most supermarkets in the refrigerated section. We use classic Chao cheese for this recipe because it resembles gruyere. 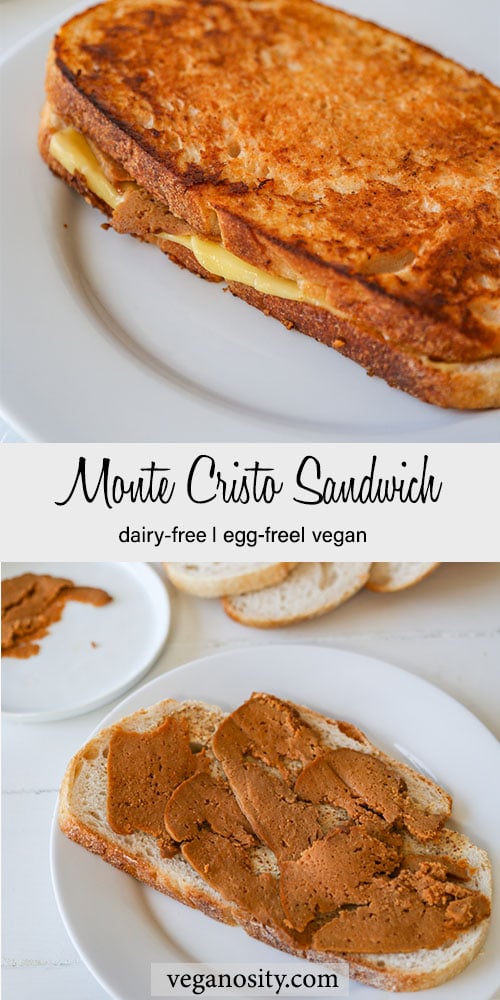