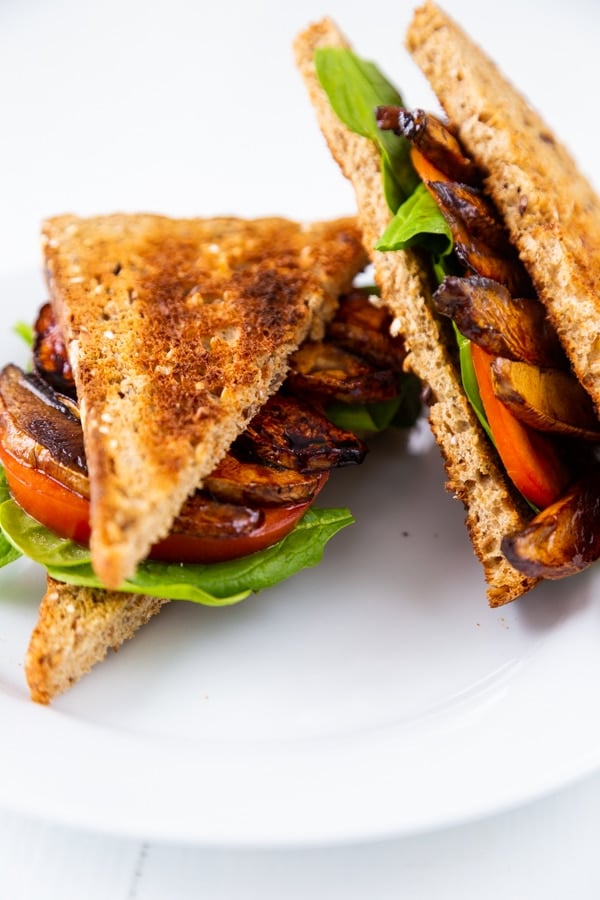 When I was a kid, one of my favorite sandwiches was a bacon, lettuce, and tomato. A good BLT rocked my world. I loved the smoky, salty flavor of the bacon.

Today, the thought of eating a sweet and intelligent pig makes me feel horrible, and like most of us, I was raised to believe that meat and dairy was an important part of a healthy diet.

Once I realized that wasn’t the case, I gave up eating mammals. That was over twenty years ago, and I’ve never looked back. However, I never lost the craving for smoky and salty food.

Since Alex and I started this blog we’ve been working hard to find alternatives to animal products that will convert even the most hard core carnivore to a plant-based only diet.

I’m convinced that this Portobello mushroom “bacon” recipe will lure meat eaters into the light. It may not transform them, but I bet that it will make them crave the shroom over Babe.

The story of Portobello Mushroom “Bacon”

As I was cruising the condiments section of my local supermarket (I spend a lot of time looking for different ingredients these days), I stumbled upon across liquid smoke.

I’d never heard of the stuff before, so I picked up a bottle and looked at the label. A little jolt of excitement ran through me the moment I realized that I had struck culinary gold.

I realized that I could use this in veggie burgers to give them a little extra something, or, I could try making a vegan bacon that mimiced the flavor of the real stuff! My imagination had shifted into fifth gear and there was no slowing it down.

I cruised through the aisles looking for that special ingredient that would put a thick and juicy BLT back into my world. Tofu? No, too squishy. Tempeh? No, not a big fan. And then, I saw a big pile of Portobello mushrooms, and I thought, why not? It could work.

For my first attempt at making mushroom “bacon” with liquid smoke, I dipped the mushrooms in the liquid smoke and then immediately fried them. They were all right. Not great, not horrible.

The second time I marinated them in the liquid smoke for about an hour. They were better, they had a good flavor, but it was almost too much of a good thing. I think I let them soak too long. A little bit of liquid smoke goes a long way. 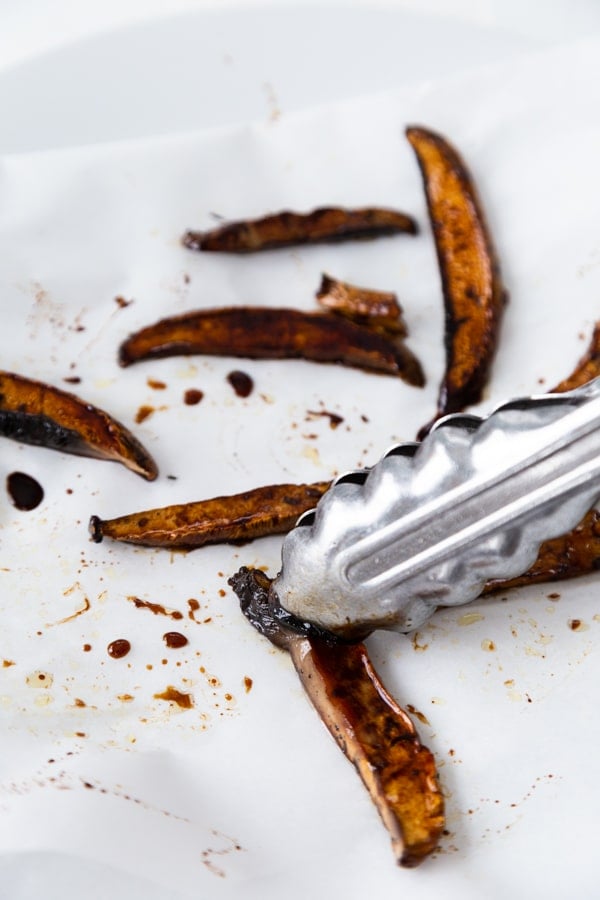 Finally, I got it right. I thought about the kind of bacon that my mom used to cook. Maple flavored bacon. I added maple syrup to the liquid smoke and it was perfect. The syrup gave it just enough sweetness, and it gave the mushrooms a stickier coating, which gave them a tiny bit of crispness . This my friends, is really, really good. 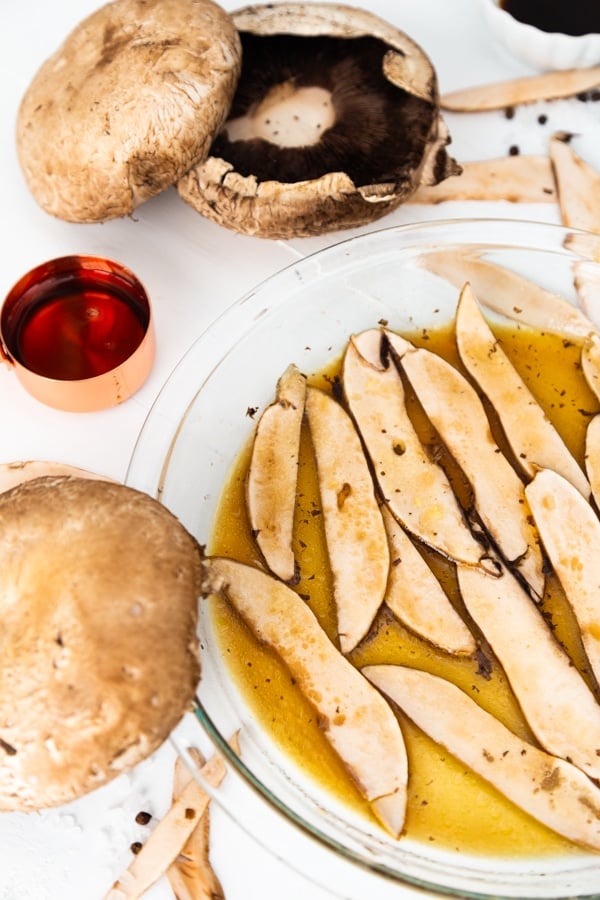 Slice the mushrooms into thin strips and marinate them in the marinade for approximately 15 minutes per side. 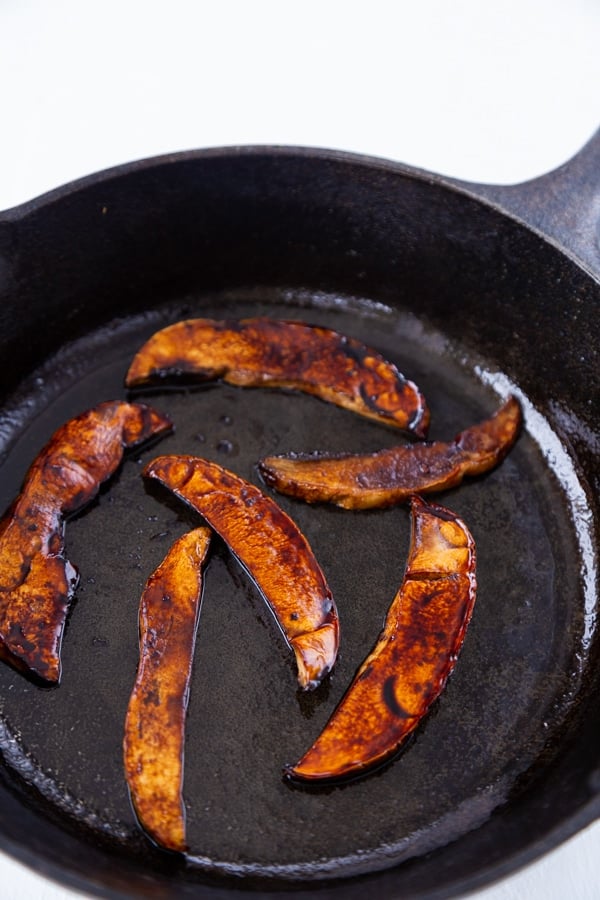 Heat a large skillet on medium-high heat and add the oil when the pan is hot. Cook the mushroom strips for approximately 4 minutes per side, or until they’re brown and the edges are crispy.

That’s it, friends. You can eat them as is, or you can stack them on toasted bread with lettuce, tomato, and your favorite vegan mayo for a delicious PLT. Portobello Lettuce and Tomato Sandwich.

I couldn’t wait to put that BLT together and take a bite. Ahhhh, it was as good as I had hoped it would be. Smoky, mapley, salty, yummy goodness, all without harming one living being. That made it taste even better.

HOW TO SERVE MUSHROOM BACON 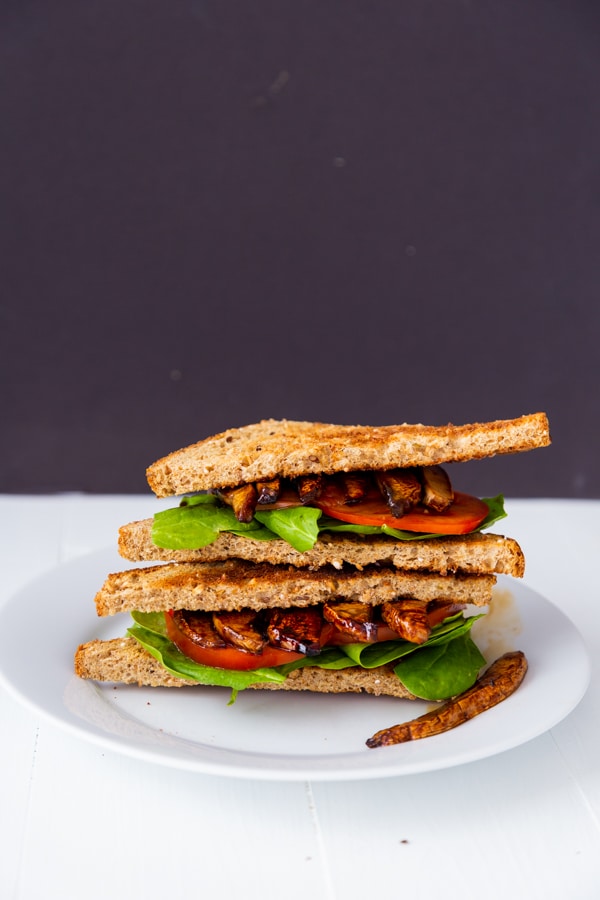 This is such an easy recipe, it doesn’t require any special culinary skills. I promise.

As you can see, it makes a fantastic vegan BLT. Just add the mushroom bacon to toasted bread with a smear of vegan mayo, lettuce or your favorite green leafy vegetable, and tomato.

You could also dice the mushrooms and put them in a salad, or put the slices on the side of a tofu scrambler. Anything that bacon can be added to, you can add these mushrooms to.

How about putting the strips on a grilled veggie burger for a “bacon” burger? 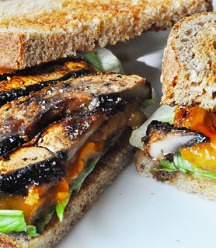 For a Bacon Lettuce and Tomato sandwich toast two pieces of whole grain bread. Add lettuce, sliced tomato, the mushroom bacon, and salt and pepper if desired. You can also spread some vegan mayo on the toast for added flavor. 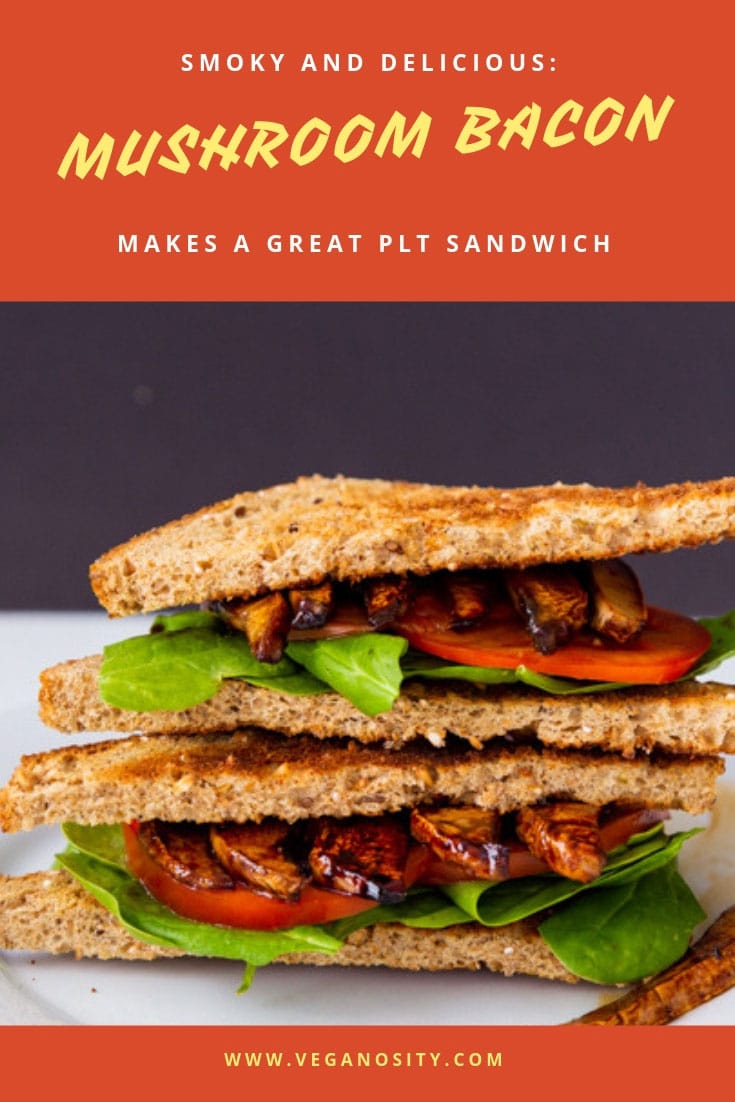 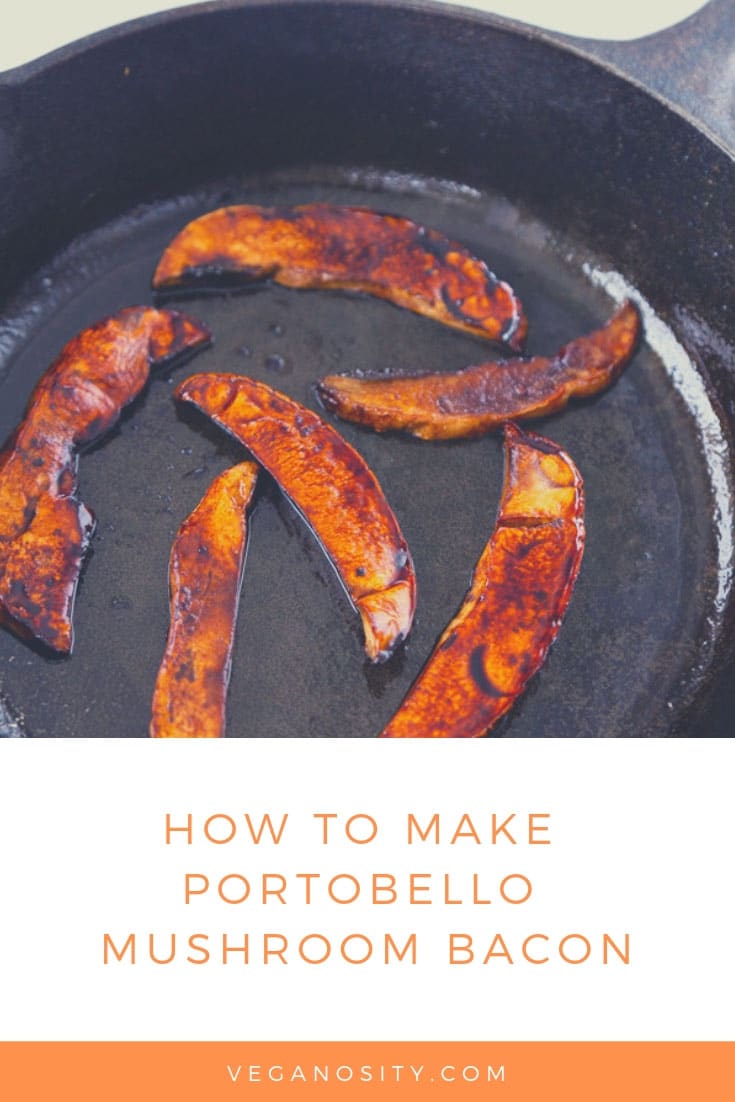 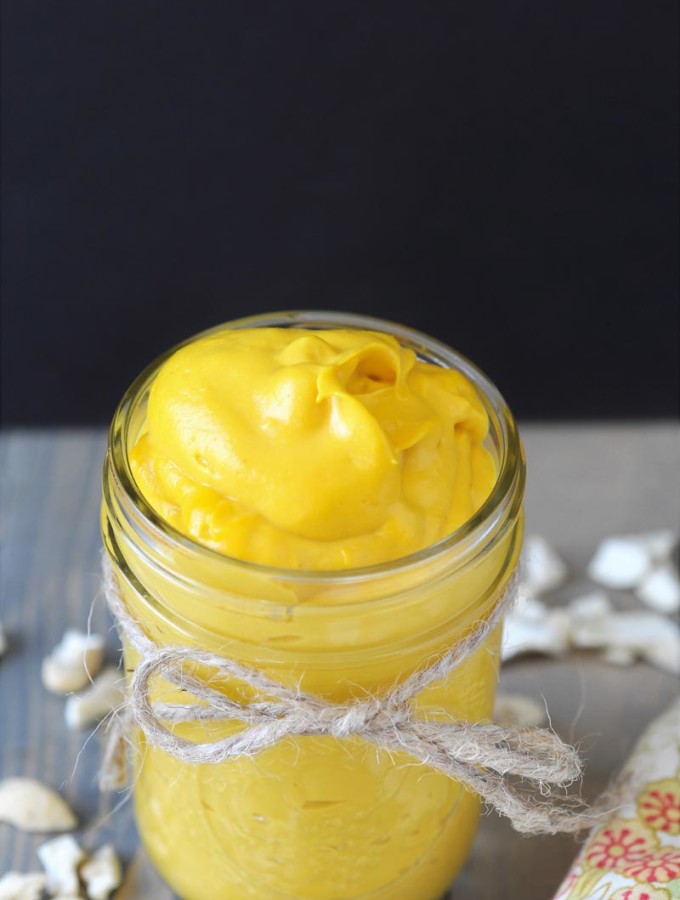 47629shares
Healthy vegan recipes that will keep you strong, fit, and satisfied.