Vegan Apple Pie Pizza with Maple Candied Walnuts is a quick apple dessert that tastes like apple pie  without all of the work. You can make our homemade pizza dough, or for a really quick apple dessert, buy a ready-made vegan pizza crust. 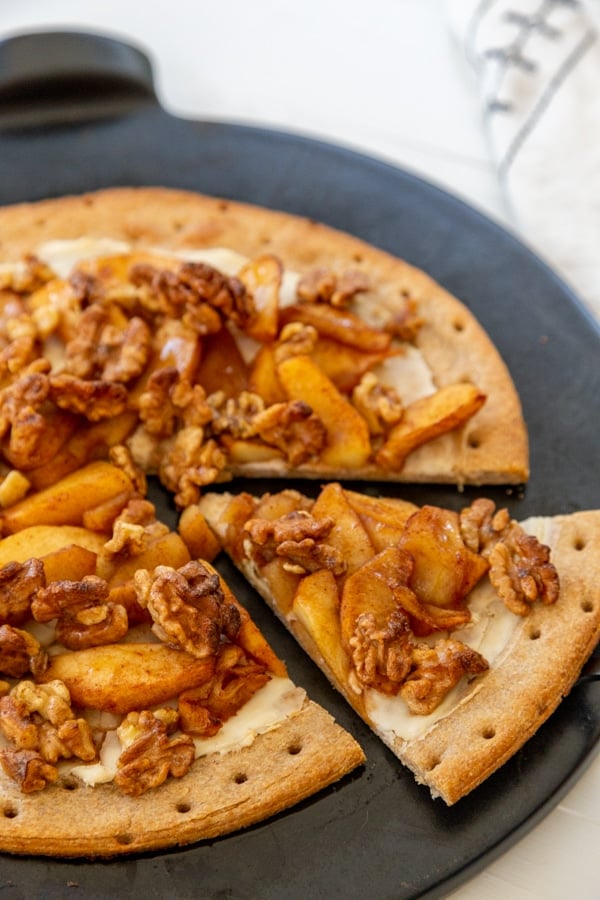 Originally published on February 4, 2015 and updated for a better reader experience. 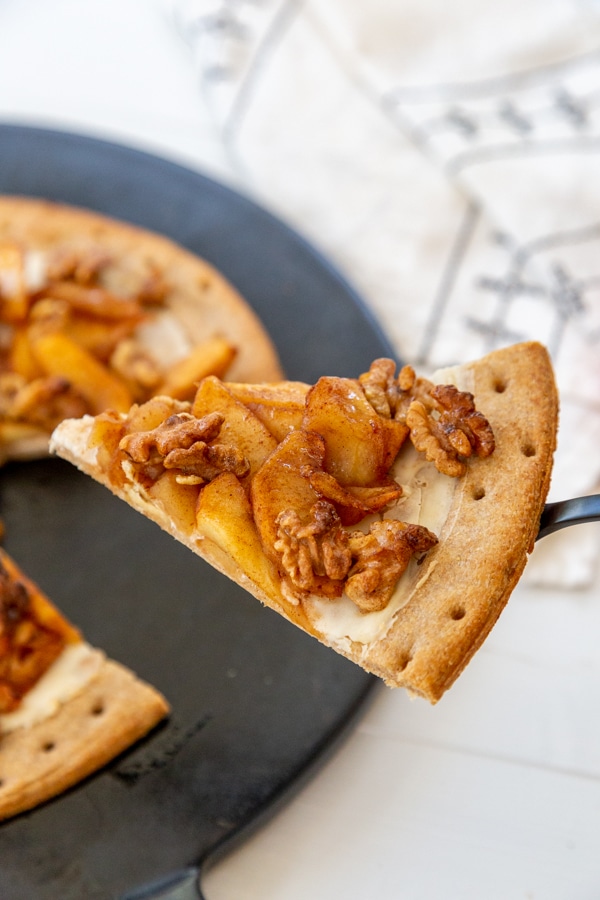 A FRUIT DESSERT PIZZA THAT YOUR ENTIRE FAMILY WILL LOVE

Looking for a healthy dessert pizza that the whole family will love. We’ve got you!

If you’re like us, you’ll do whatever you can to prevent produce from going to waste. It just feels wrong to throw food away.

The inspiration for this quick and easy apple dessert was a result of apples that were on the verge of withering away and a store-bought pizza crust that was about to expire.

Originally I was going to make our homemade apple sauce  and leave it at that. Then I realized that I needed to use that pizza crust, and a second pizza in a week wasn’t on the menu.

My solution was this easy dessert pizza.

It’s hard not to love this, because it has so many delicious layers. 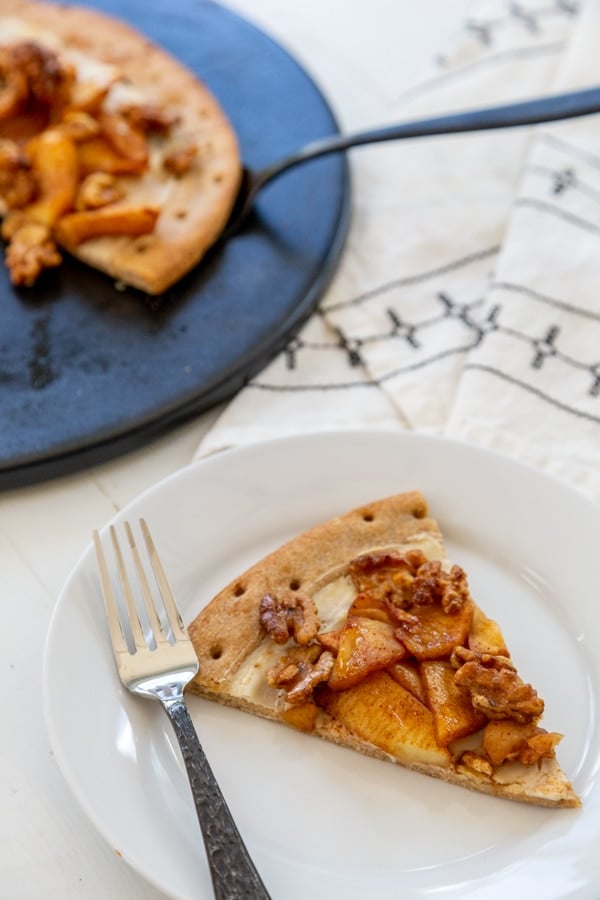 HOW TO MAKE A HEALTHY APPLE DESSERT PIZZA

You can make homemade pizza dough (pre-bake the crust before making the pizza) or use a vegan store-bought, like we did. 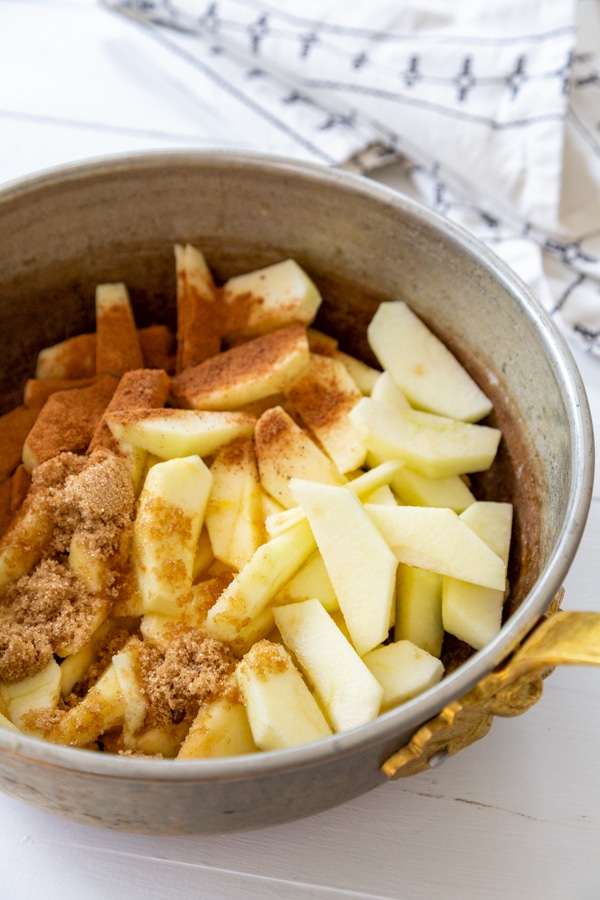 In a small bowl, stir the walnuts, maple syrup, and cinnamon together until the walnuts are coated. 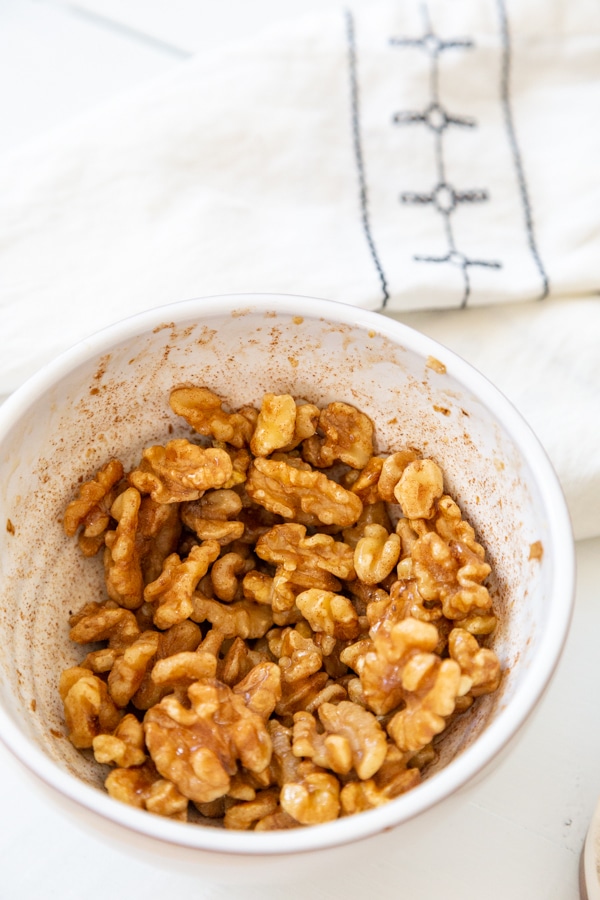 Spread a layer of plain vegan cream cheese over the top of the pizza crust. We like Miyoko’s  or Kite Hill.

Bake the pizza with apples for approximately five minutes, or until the walnuts are toasted and caramelized.

Slice and enjoy with a big scoop of vegan vanilla ice cream. 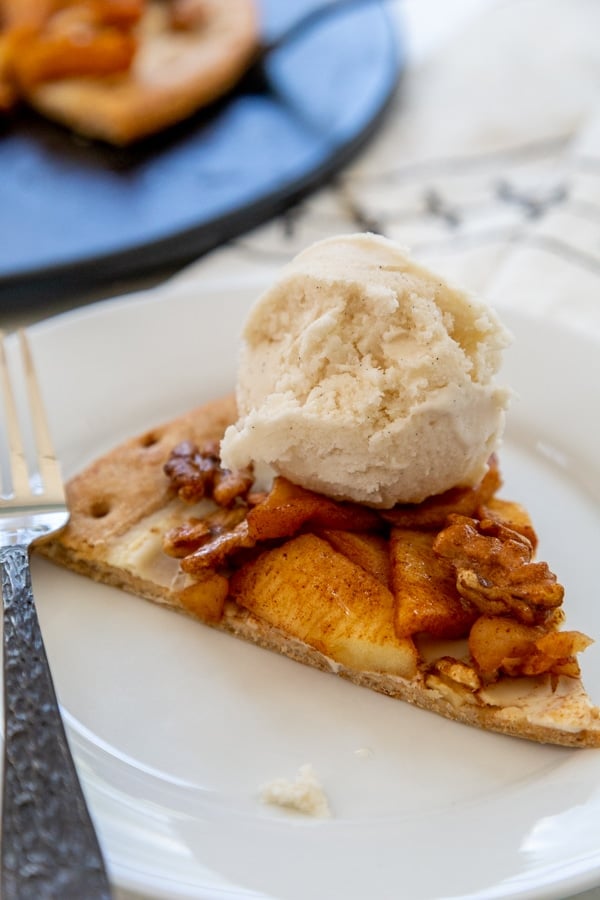 Make vegan apple pizza and let us know what you think. We love to hear from you! And, don’t forget to take a picture of your gorgeous creation and tag us @veganosity on Instagram. 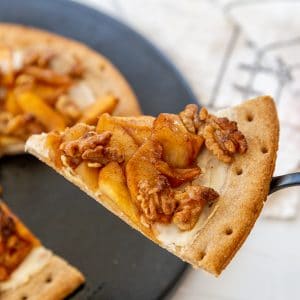 NUTRITION DISCLAIMER We usually get 12 slices out of one standard pizza crust. One slice is considered a serving. The calories will vary depending on the crust you use and how thick the layer of toppings are.