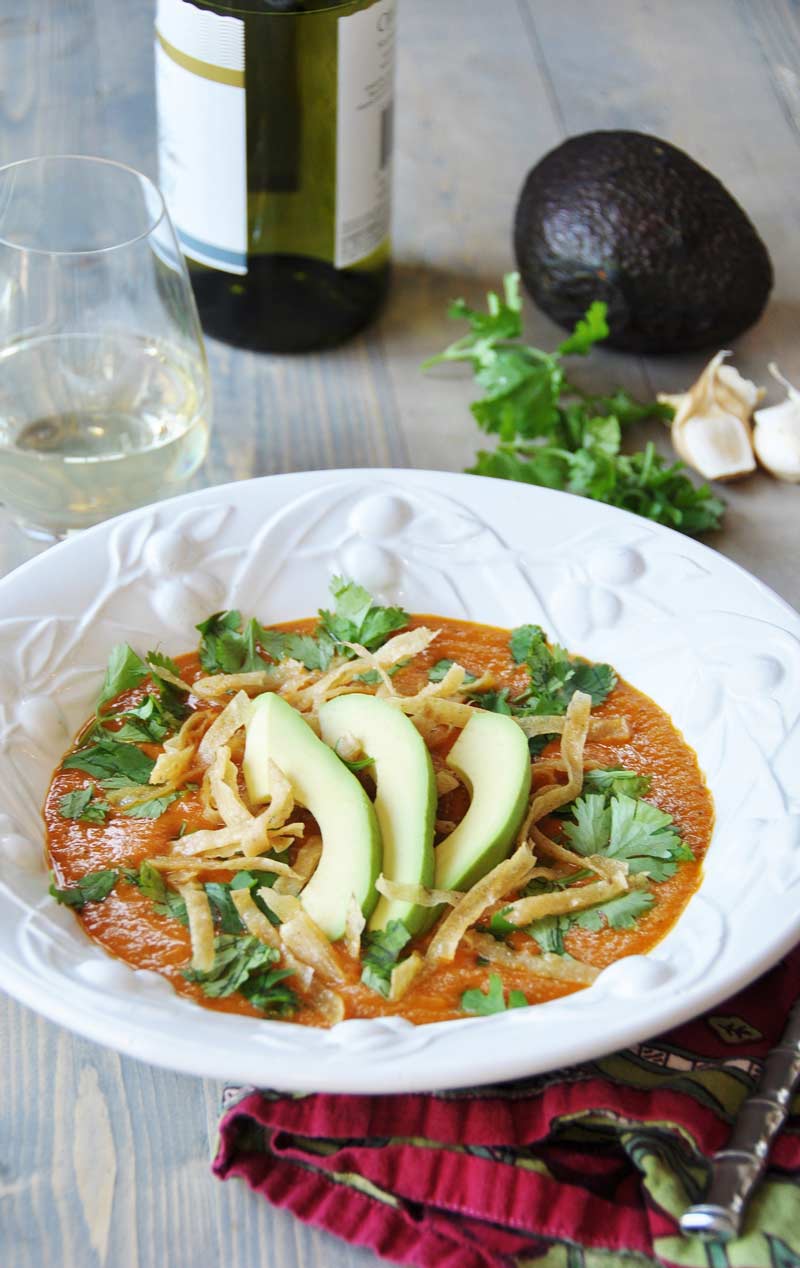 Happy Monday friends! Did you have a great weekend? I did, then it wasn’t so good, and then it was again. Especially once I took a big spicy spoonful of Chef Gregory’s vegan tortilla soup. Mmmm, mmmm, good!

Actually, my weekend was fantastic. I spent it with family and friends. It started on Thursday with a girls’ happy hour at my friend, Valerie’s house. You ladies know how much fun it is when women and wine meet. Unless you’re a cast mate on a Real Housewives episode. Then it usually turns into a fire storm. But I digress.

Saturday was game day. Chef Gregory and I went to Alex and Max’s apartment in Chicago to watch the Crimson Tide beat the Florida Gators. It was so much fun, we had Alex’s yummy guacamole and vegan Rueben sandwiches from Chicago Diner, and champagne to toast the win. Next up was the Big Ten Championship game. We were bleeding gold and black, but the Hawkeyes lost to Michigan State by three measly points in the last minute of the game. Boo!

Sunday was amazing. We learned that even though the Hawkeyes weren’t moving on to the NCAA playoffs, they did make it to the Rose Bowl! Honestly, that made us all just as happy as if they had made it to the Cotton Bowl. Why? Because they would have had to have played Alabama, and that would have been so hard for this mama bear. Who would I root for?

After we all did a little happy dance for Iowa, Greg and I went for a nice long run in our local forest preserve and then put more lights up in our front yard. Christmas! 🙂 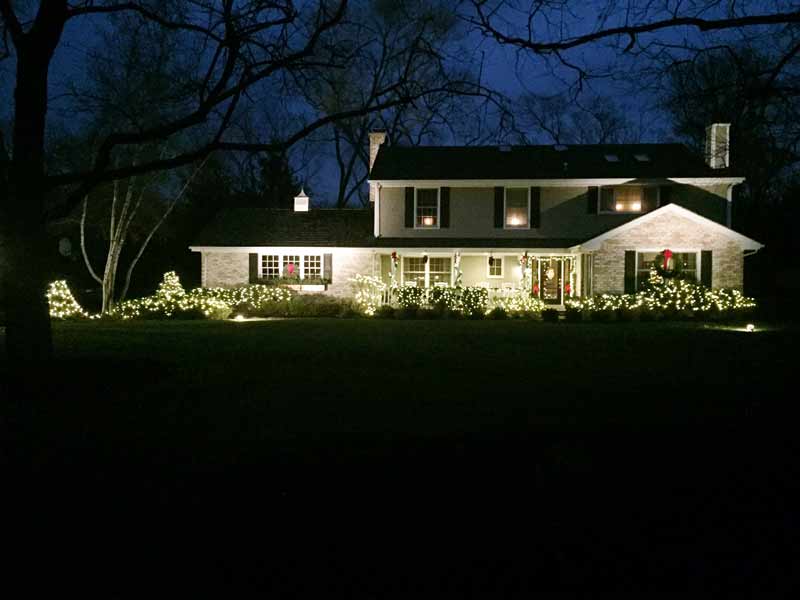 To end the day, Chef Gregory made his famous—in our house anyway—vegan tortilla soup. 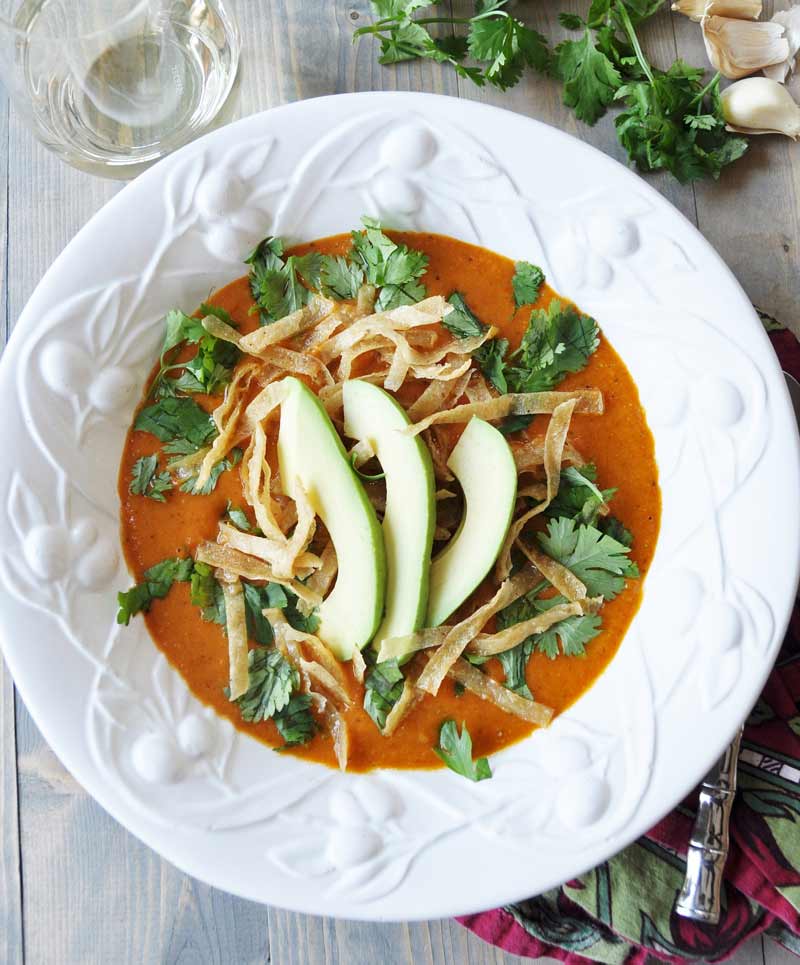 The smell of the cumin, smoked paprika, and oregano when they’re stirred into the sautéed onion, carrot, and bell pepper is out of this world amazing. It’s my favorite part of the soup. Almost. 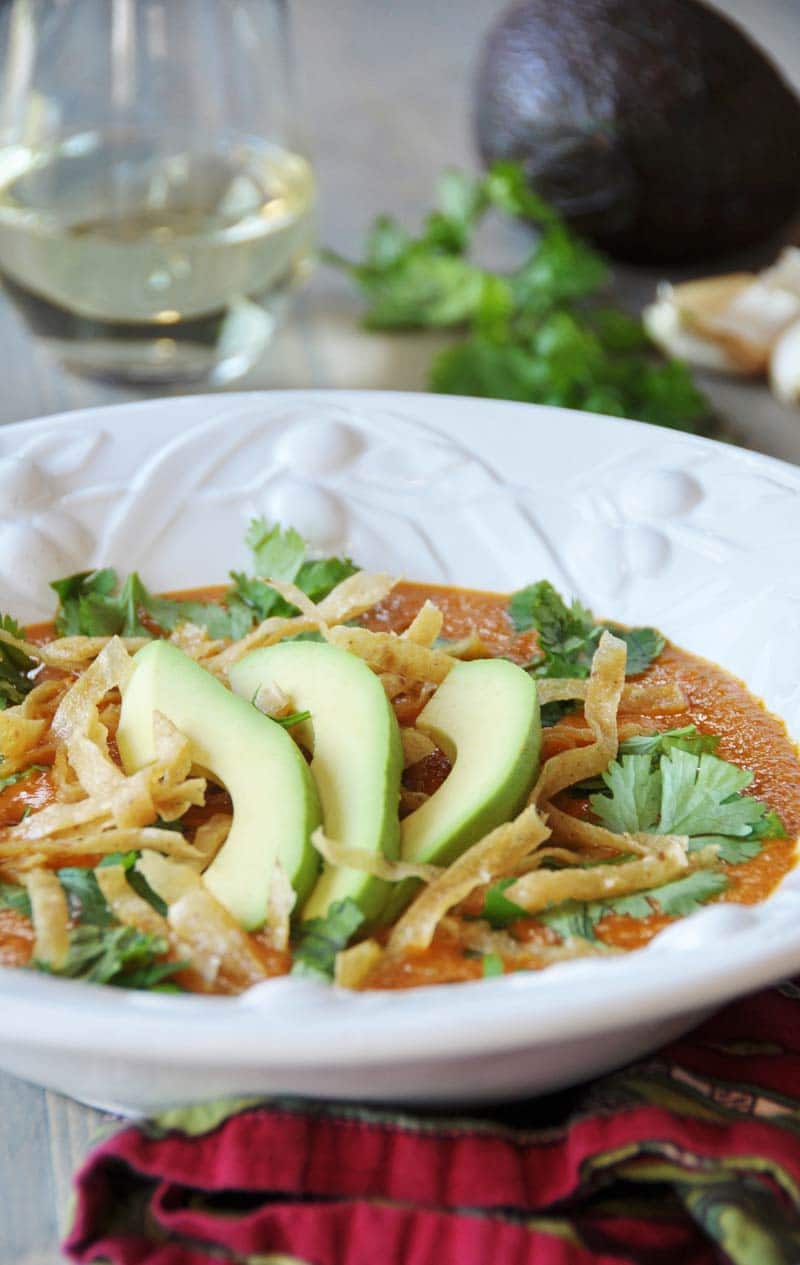 Instead of using flour to thicken the soup, we used one corn tortilla chopped up into cubes. It breaks apart in the hot broth and makes the soup nice and creamy. And to make your vegan tortilla soup even creamier you’ll want to use an immersion blender or a free standing blender to break down the chunks of bell pepper, onion, and carrot.

To make the fresh and crispy tortilla strips, we sliced a few corn tortillas into match sticks and then flash fried them in canola oil. They’re so light and perfect. But if you don’t have the time or desire to fry your own you can crumble tortilla chips in the soup. That will work too.

Top it with some cool slices of avocado and fresh cilantro and dinner is served. 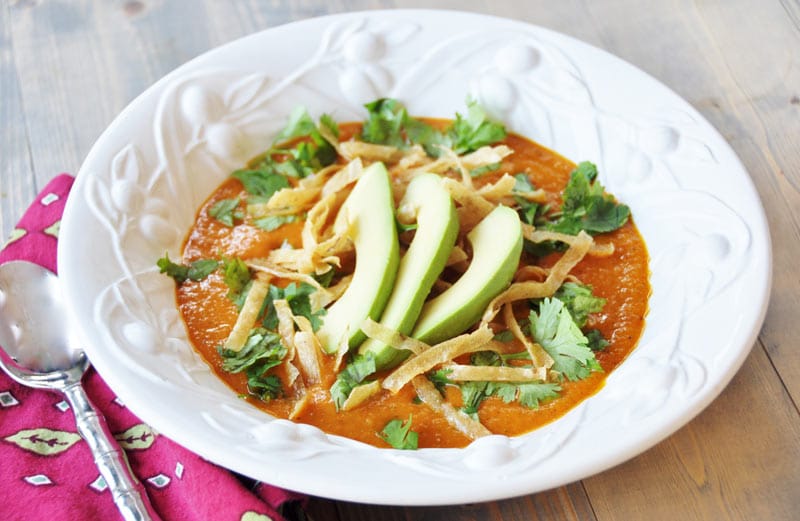 Have you ever made your own tortilla soup?

Are you a college football fan? Who do you cheer for? 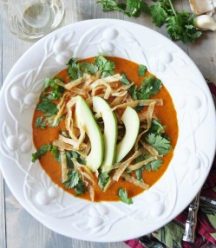