If you love pumpkin spice, you’re going to love our Vegan Pumpkin Pie Smoothie.  It’s made with whole foods and warm spices, and it’s thick, creamy, and delicious! 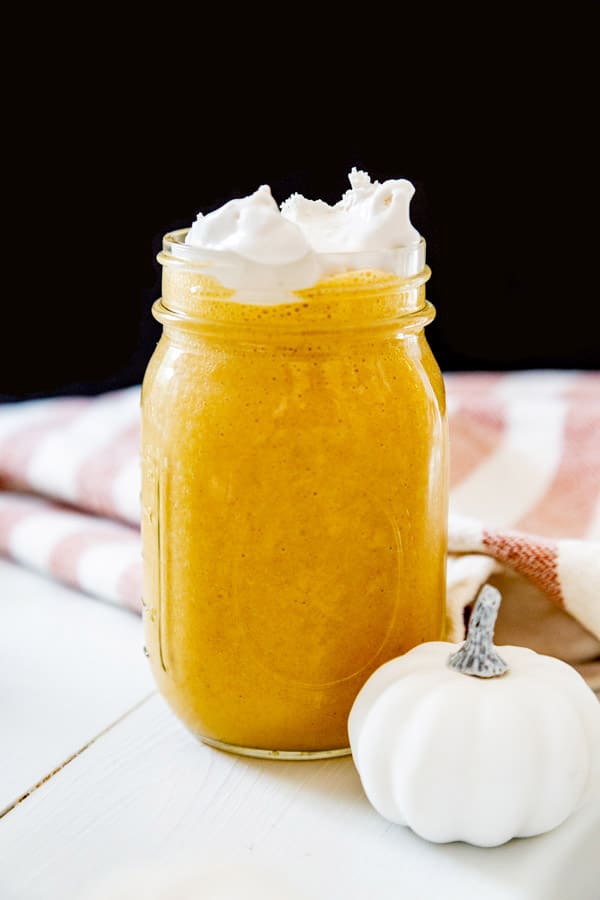 It’s our favorite time of the year to eat. We’re obsessed with pumpkin, and apple, and warm and comforting foods.

Although our vegan pumpkin smoothie isn’t warm in temperature, it definitely has a warm and comfy flavor, thanks to the cinnamon, nutmeg, ginger, and cloves.

We use real pumpkin puree and almond milk, and a frozen banana to make it super thick and cold.

The spices and pumpkin do a great job of hiding the flavor of the banana, so don’t be afraid to try it if you don’t like bananas. 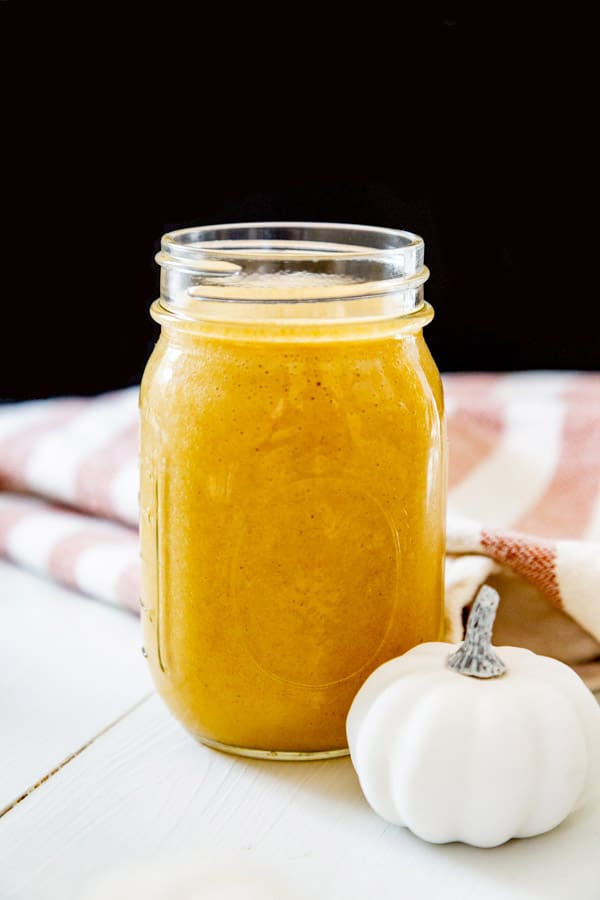 There is absolutely no need to make this smoothie with dairy milk, because almond or cashew milk is just as creamy and so much better.

Omitting dairy also removes cholesterol and saturated fat, as well as other unmentionables that comes in cow milk.

We’ve made this almond milk pumpkin smoothie with many kinds of plant-based milk options, and they all worked out perfectly.

Here are some of the plant milk options you can use:

WHAT’S IN A PUMPKIN PIE SMOOTHIE?

We only use whole foods in our pumpkin smoothie recipe.

It’s a healthy and nutrient rich breakfast or snack.

We don’t add ice to our smoothies because the water dulls down the flavors of the pumpkin and the spices, and there’s no need to use ice because of the frozen banana.

This smoothie is thick like a shake, so if you’ve been looking for a vegetable shake recipe that tastes good, this is it. 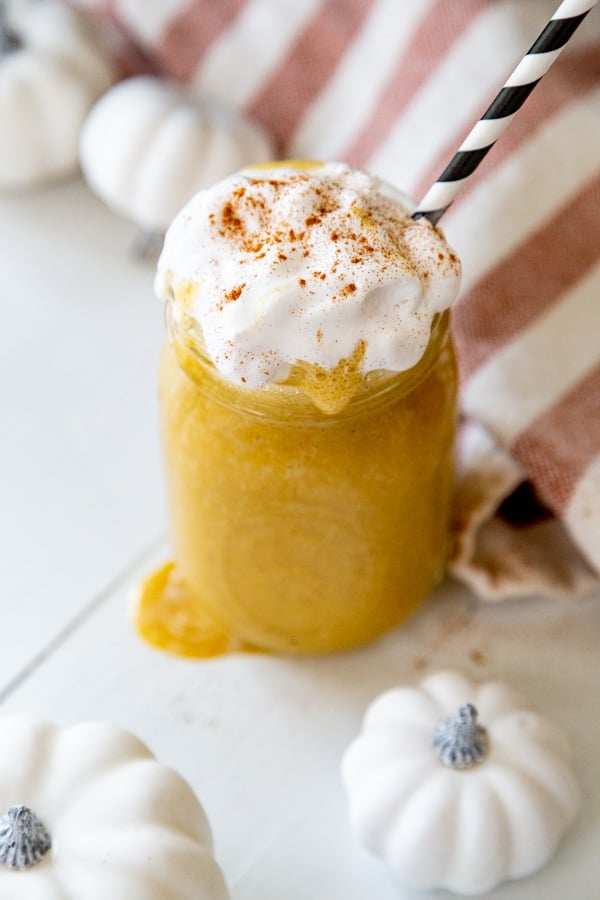 POTASSIUM – 1 cup gives you ten percent of the daily value of potassium.

IRON – pumpkin is high in iron.

To read more about the health benefits of pumpkin, click this link. 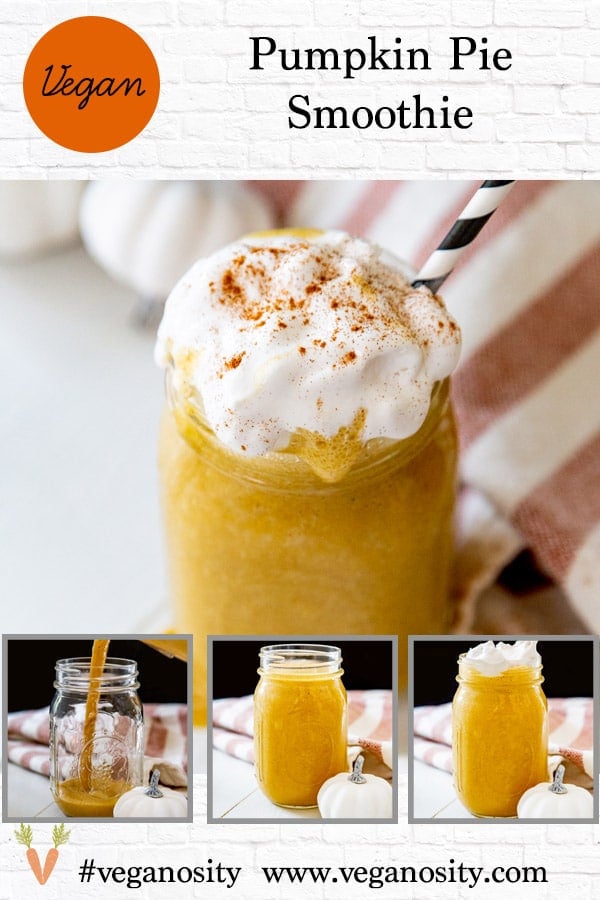 Make our pumpkin pie smoothie and let us know what you think. We love to hear from you! And, don’t forget to take a picture of your gorgeous creation and tag us @veganosity on Instagram. 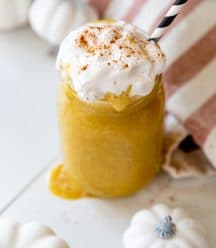 118shares
Healthy vegan recipes that will keep you strong, fit, and satisfied.