A hearty, warm, comforting bowl of Smoky Vegan Corn and Potato Chowder is exactly what you need to start your healthy New Year! 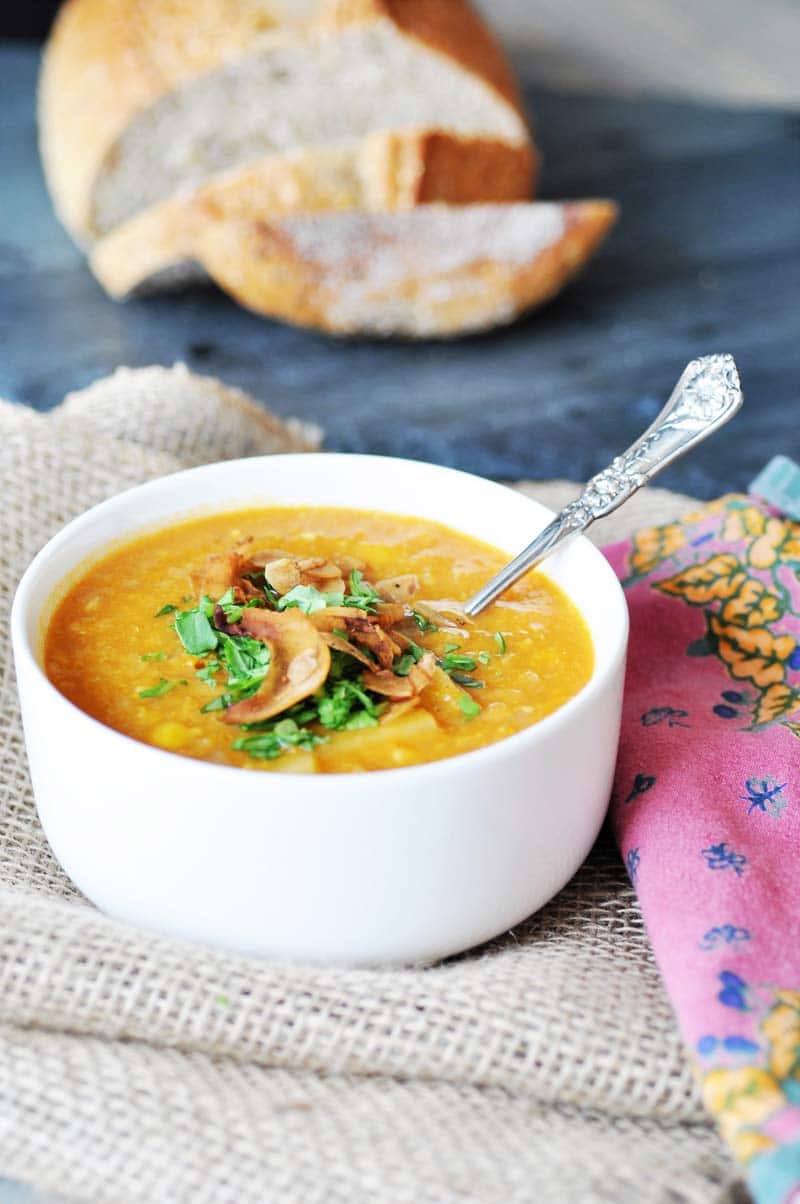 Happy New Year! Are you ready to get healthier, happier, and fitter? I sure am. But I’m not willing to give up on comfort, flavor, or warmth. How about you?

2016 is going to be about eating healthy and smart but not sacrificing taste. Sound good? Yep, I thought so.

To start the year off right—and because cold temperatures look like they’ve finally found their way to Chicagoland—I created a warm, creamy, cozy, and delicious smoky vegan corn and potato chowder. 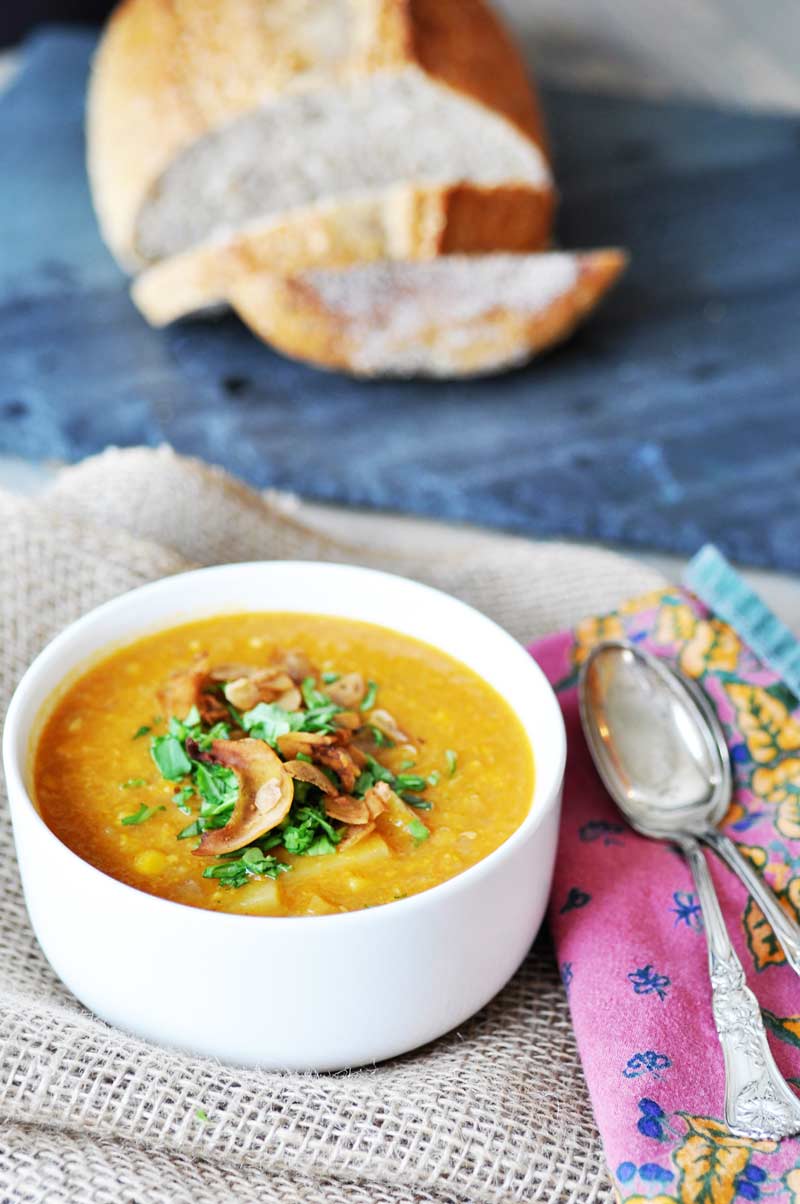 Most chowders are filled with heavy cream, butter, and oil. Not mine. This corn and potato chowder recipe doesn’t even have plant-based milk. It doesn’t have any thickeners at all. The potatoes make it creamy and thick.

I didn’t even use oil to sauté the sweet yellow onion. Don’t tell my husband. He is a firm believer in cooking with oil, yet he loved this soup. In this case, what he doesn’t know definitely won’t hurt him.

As we begin our third year of Veganosity—Happy Birthday to us—my goal is to create the healthiest recipes I can, without skimping on taste. Because let’s be real, life’s too short to eat boring food.

This smoky vegan corn and potato chowder is the perfect way to start the year off right. You’ll want to begin with a sweet onion. Dice it and sauté it in three tablespoons of low-sodium vegetable broth. Stir the onion often until the pieces begin to brown and crisp around the edges.

Once the onions are slightly caramelized add ¼ cup of white wine to deglaze the pan. This will also add a nice depth of flavor to the chowder. Once the pan is deglazed add the rest of the broth, the corn, and the potatoes. I used three cups of non-GMO frozen corn and three small Yukon peeled potatoes cubed into half-inch pieces.

Bring the broth to a boil and reduce the heat to a low simmer. Now add the smoked paprika, white pepper, sea salt, and liquid smoke. Stir until the spices are well combined and let it cook for thirty minutes or so.

When the soup is ready the potatoes should be easy to pierce with a fork, but not too mushy.

Scoop up two cups of the soup from the pot and reserve in a small bowl. Now take out your hand held immersion blender (you can use a stand-up blender too, just be careful if you use it when the soup is hot) and blend the remaining soup in the pot until it’s creamy and almost smooth. You’ll have a few larger pieces of potato and corn. That’s okay.

Now put the two cups of soup that you reserved and put them back in the soup pot. This will give you a mix of creamy chowder along with chunky pieces of potato and corn. The perfect texture combination.

I made some of my coconut “bacon” and finely chopped some baby arugula to sprinkle on top. The coconut “bacon” adds another layer of smoky goodness as well as a crispy texture.  And the chopped arugula adds a nice peppery flavor. SO GOOD!

My smoky vegan corn and potato chowder is one of my favorite winter soups. It warms my soul and tastes like it should be bad for you, but it’s not. The ULTIMATE comfort food.

If you like a spicy zip to your food then do what I did and add a pinch of cayenne pepper to the mix. You can also add as much or as little sea salt as you want. I work out a lot so I don’t have an issue with adding a little salt to my food. If you can’t or don’t want to add salt, then do your own thing. It’s still going to be delicious. 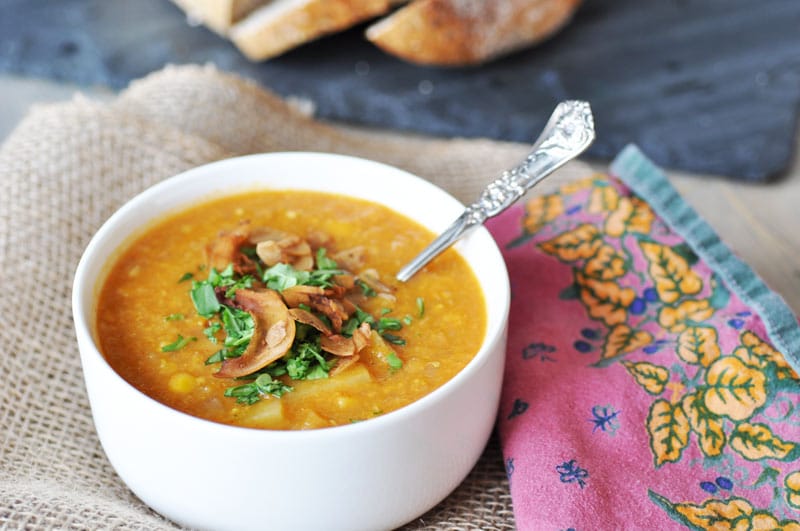 What’s up with corn and potatoes?

Great source of Vitamin B-6.

Have you ever made your own chowder?

Are you ready to make 2016 your best year ever? 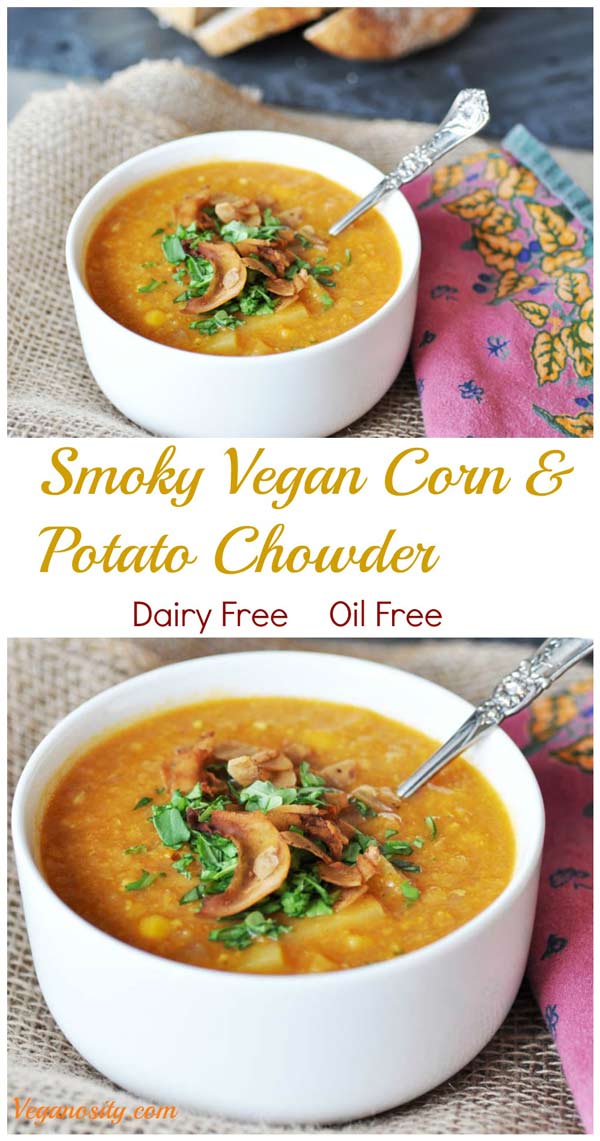 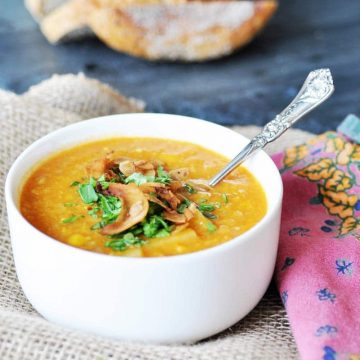