You will not be able to tell that this isn't a conventional pumpkin pie. The taste and texture are amazing! 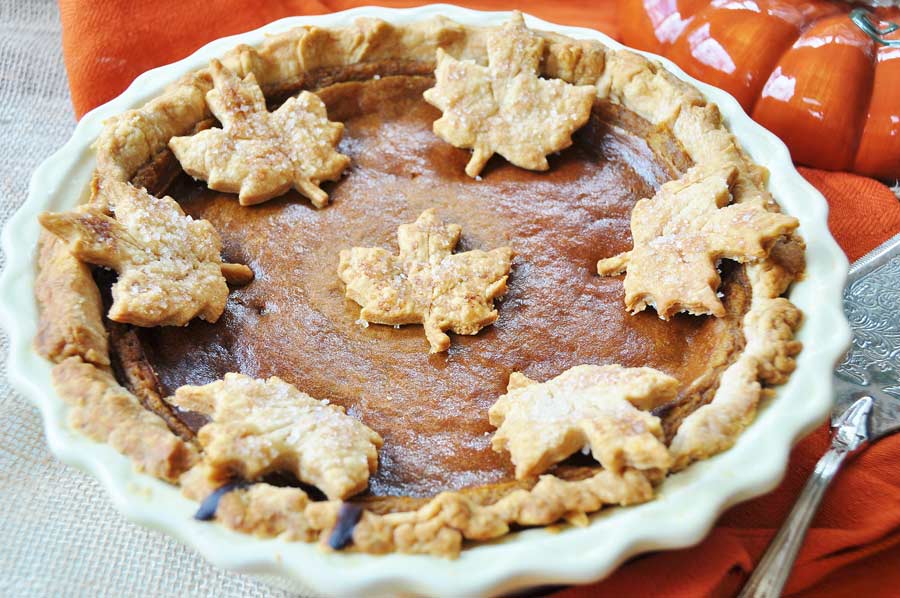 I had no idea how hard it was going to be to make a vegan pumpkin pie. I’m exhausted. But, I’m one of the most tenacious people I know, so four or five failures weren’t about to stop me from succeeding! Yep, you read that right, four or five pies that, to be frank, sucked. I actually might have made more, but it’s all a blur at this point. However, all of that time in the kitchen was time well spent, because I made a pie that’s just as good as the pie that my mom makes. The texture and the flavor are the same!!!! You have no idea how happy I am right now y’all. There is one gigantic smile on my pumpkin spiced, floured face. Seriously, I have pumpkin pie ingredients all over myself. Ridiculous.

The biggest loser was the one that I used guar gum instead of corn starch to try and get the dang thing to set, and to have the consistency of custard. Bwaahaahaahahaaa!! (That's my - I'm going to lose it - laugh.) Well, in case you didn’t know, guar gum is 8 times the thickening agent that corn starch is, and I put a tablespoon in the mix. Oh yeah, I knew before I even baked it that it wasn’t going to go well. It was sooooo thick, and the mix tasted kind of bean like. Guar gum is made from beans. It was just yuck, that’s all I have to say about that pie.

Then there was the pie that wouldn’t set. I cut into it after it had cooled and it was like molten lava – only it wasn’t hot – was oozing from the center. I can’t even remember what I used to make that one. 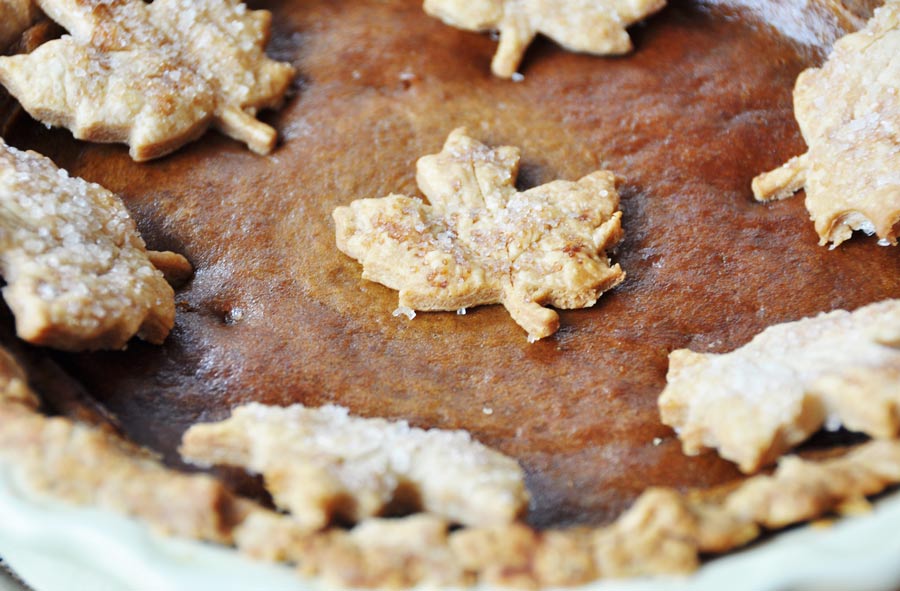 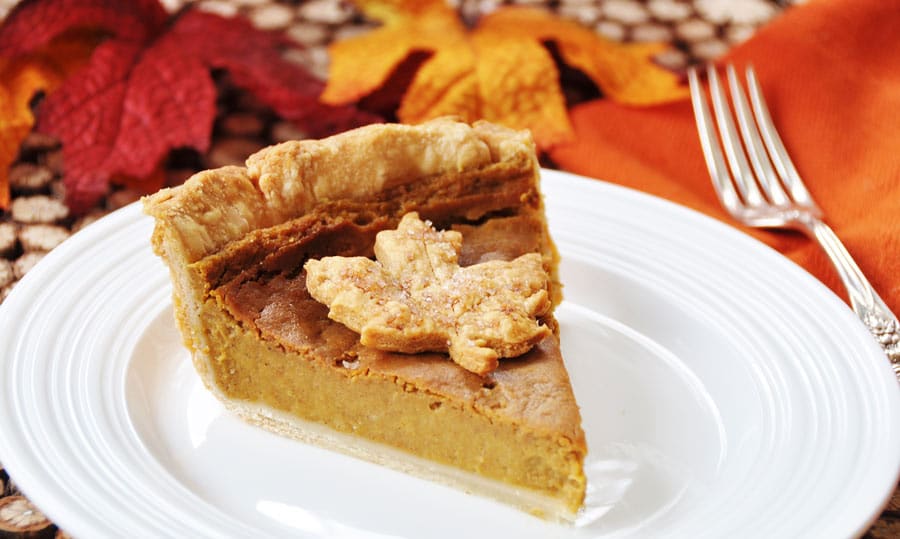 In between making pumpkin pies, I whipped up a batch of my pumpkin blondies to send to my son and his girlfriend at college. As I was pureeing the chickpeas, I had one of those light bulb moments that Oprah always used to talk about. Pureed chickpeas have a really custardy texture, and I knew that they set well because of the blondies. It obvious what needed to be done.

I really feel kind of like a culinary genius with this one, because it’s that good. My husband has eaten most of the pie, and is hoping for more when he gets home from work tonight. Anyway, this is what you need to do to make your own vegan pumpkin pie.

Puree a can of chickpeas in a blender or a food processor. REALLY puree them. They need to be super smooth and creamy. No pieces, however small, allowed. Once you’ve pureed the chickpeas, pour them into a large bowl and add a can or organic pureed pumpkin, a can of coconut milk,* and the applesauce egg replacer. I know, it sounds like a lot of flavors that might fight with the taste of the pumpkin, but they don’t.

*You could use the light version of coconut milk, or almond or soy milk, but only add one cup and then slowly add more if the mix is too thick. It should be pourable, just not runny.

The next step is to add the cornstarch, brown sugar, and the spices. Whisk them until it’s well blended and there aren’t any lumps. Don’t use a spoon or a spatula, use a whisk for the best results. Now pour the pie mixture into the pie dish and bake it at 375° for the first twenty to thirty minutes – until the crust is lightly browned. Then turn the heat down to 350°, and cover the edges of the crust so it doesn't burn, bake for another twenty-five to thirty minutes.  Note: You can use aluminum foil to protect the crust, but I highly recommend using a pie crust protector. 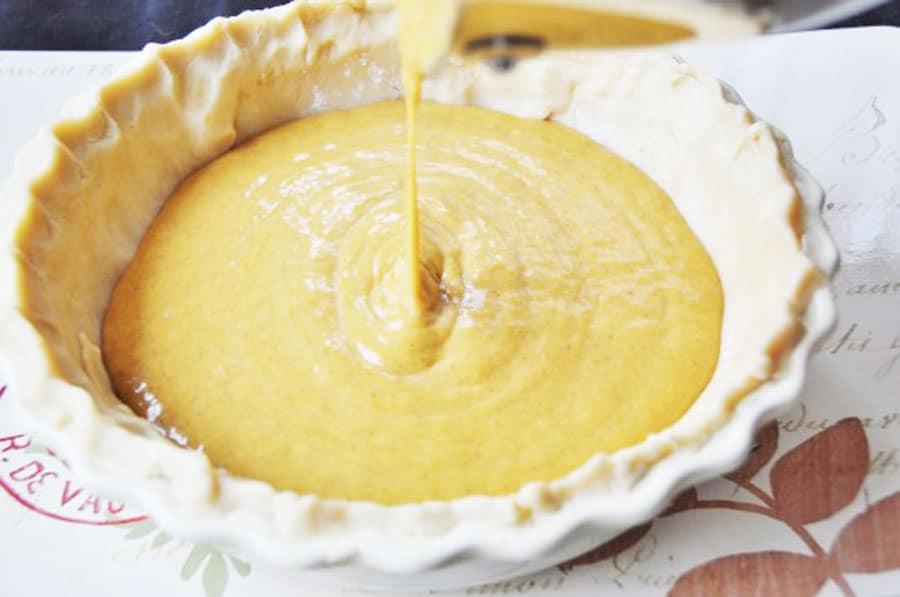 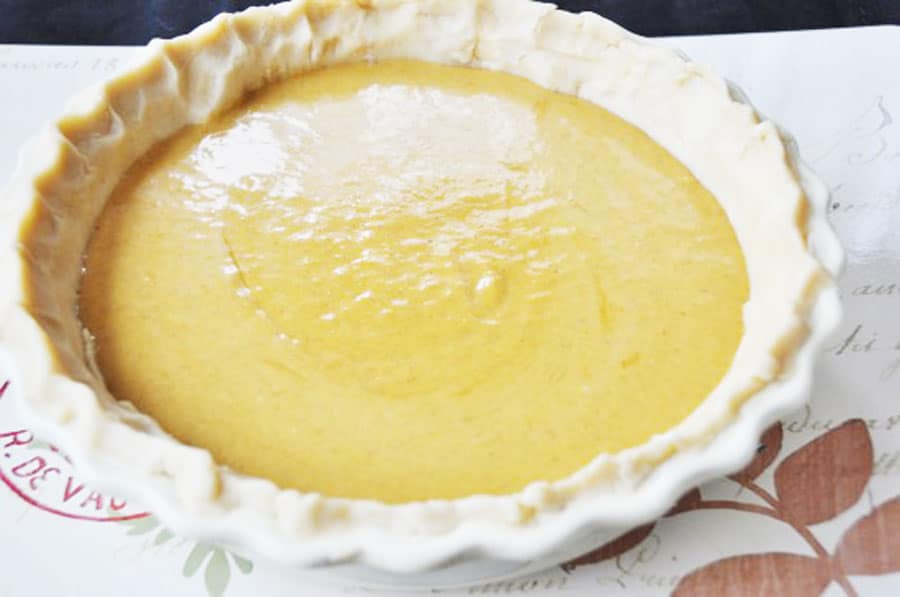 Baking tip: To prevent cracks in the pie, tap the pan gently on a flat surface before baking.

When the pie is done you’ll be able to insert a sharp knife on the edges and it will come out clean. The center will be a little jiggly, but don’t worry, it will set as it cools. You will need to refrigerate the pie for at least twelve hours before cutting it, so make it a day ahead of time.

OK, let’s talk about the spices, because besides the pumpkin, the spices are what this baby is all about. I used two and a half teaspoons of cinnamon, 1 heaping teaspoon of nutmeg, a quarter of a teaspoon of ground ginger, and an eighth of a teaspoon of cloves and cardamom. So savory and rich, you will want to take it slow when you eat this pie, so that you can savor every little morsel.

Oh yeah, the crust is pretty important too. I’ve tried many pie crust recipes in my years of baking, and I have to say that Ina Garten’s pie crust is my favorite. It’s so buttery (and vegan butter works just as well as dairy, so why wouldn't you use non-dairy?) and flaky, and it’s really easy to make and to work with. I’m not going to try and improve upon this one, so I’ll just share the link with you so you can make her crust too.

If you have extra dough left, and you should, roll it out and make some pretty cut outs. I used my maple leaf cookie cutter to make pretty sugar coated leaves to decorate the pie with. They will work out much better if you bake them separately and then add them to the pie when you’re ready to serve.  I just brushed some maple syrup on the leaves and sprinkled decorator’s sugar on top, then baked until they were lightly golden. 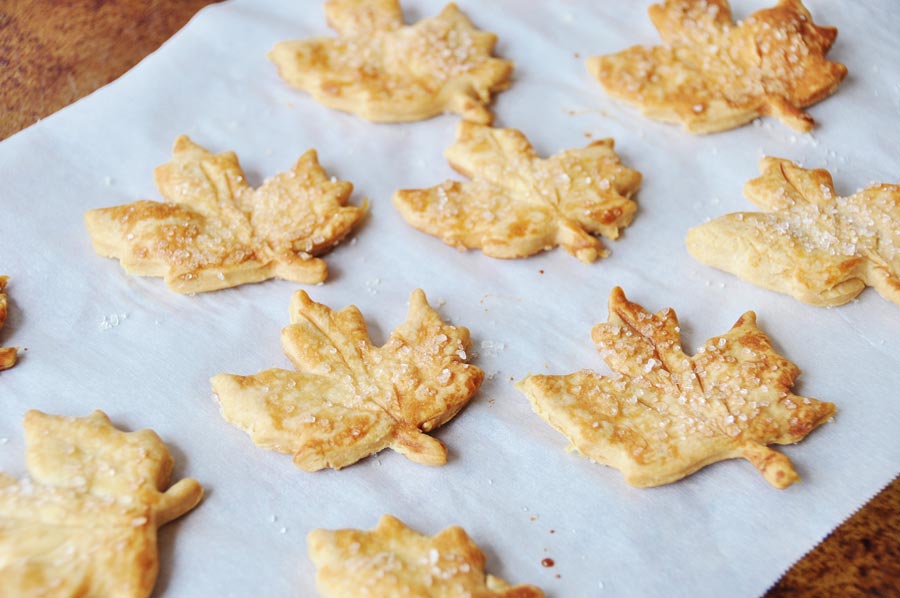 I hope you enjoy this pie as much as I do, and as much as my food snob (I say that with total respect) husband did. Let me know what you think. Your comments are always appreciated. 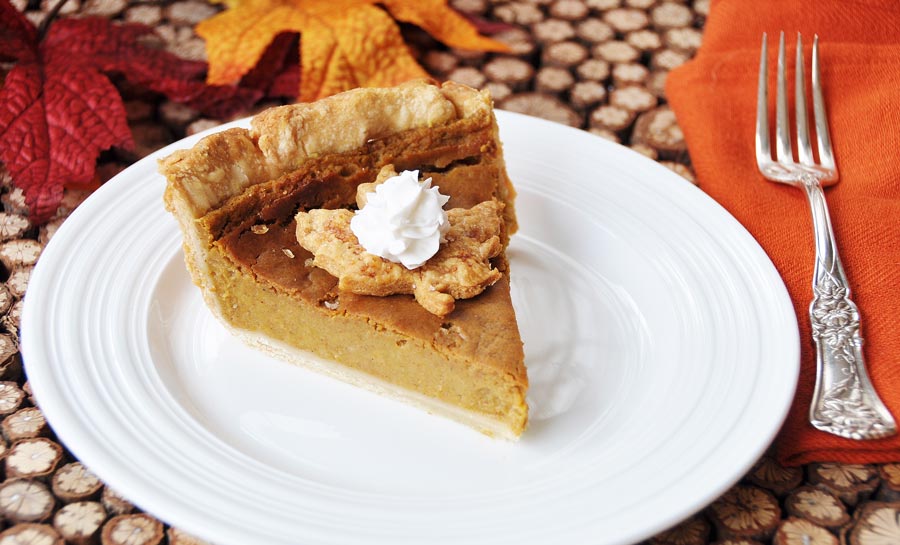 
Veganosity is a participant in the Amazon Services LLC Associates Program, an affiliate advertising program designed to provide a means for sites to earn advertising fees by advertising and linking to amazon.com. We make a small commission when you order from Amazon. It helps us afford the groceries to develop all of our recipes, and to pay for the maintenance of our site. We thank you in advance for your consideration. 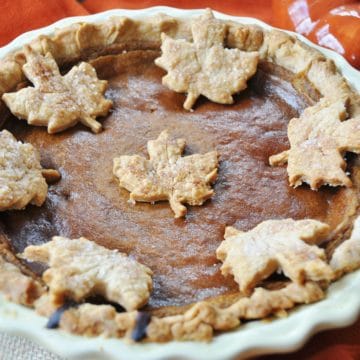