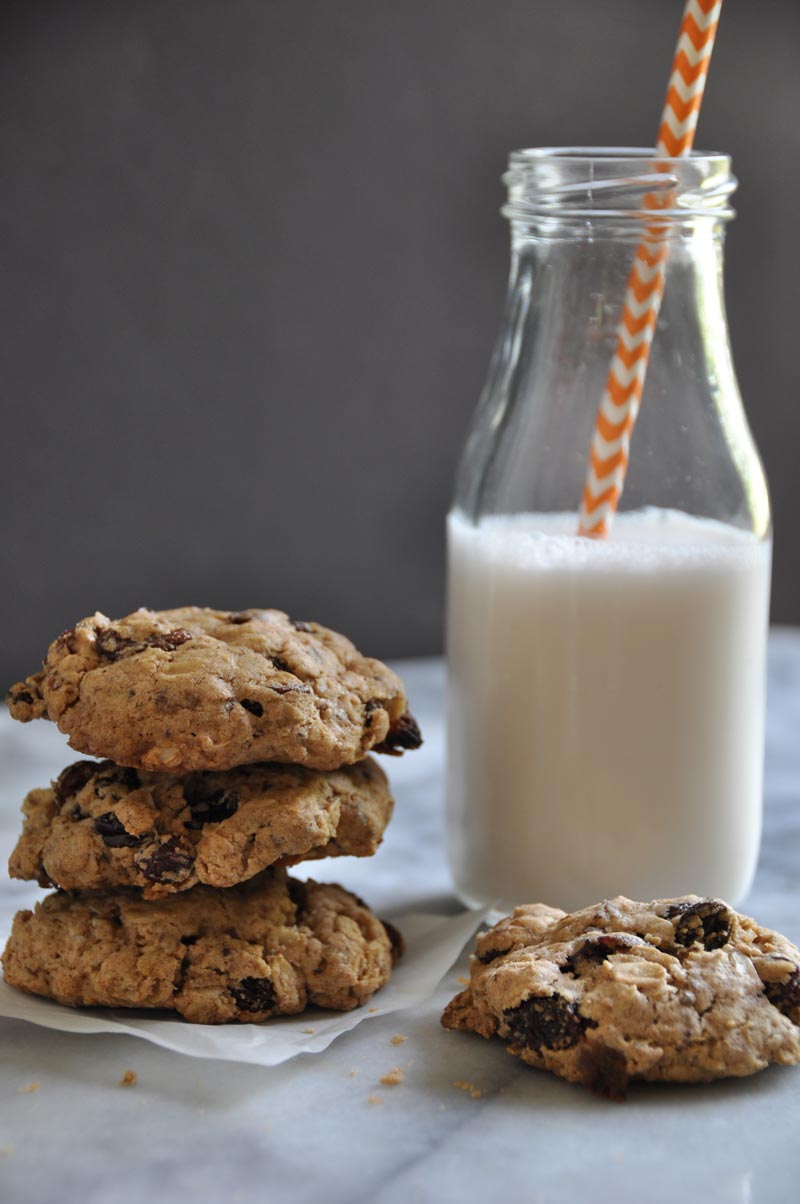 Oh, how I wish you could have smelled these soft and chewy gluten-free oatmeal raisin cookies baking. The sweet smell of natural sugars, savory cinnamon, and toasted rolled oats all wrapped up in one mouthwatering aroma of deliciousness was almost too much to handle. I made the mistake of taking a bite of cookie before it was cool enough to eat and a hot raisin burned the roof of my mouth. The hazards of being an impatient homemade cookie lover.

My love of this special cookie stems back from my childhood. There’s just something about the chewy oat filled texture, mixed in with sweet plump raisins, and a hint of cinnamon. It’s the kind of cookie that reminds me of grandma’s kitchen. They just feel like home.

Last week my friend and I drove to Cincinnati, Ohio to attend the Western & Southern Open tennis tournament. If you’re into tennis, and seeing all of the best (Nadal, Plishkova, Isner, Stephens….) professional tennis players, this is the venue for you. It’s smaller, which means that you have a good chance of meeting players, and it had several really good vegan food options. I had veggie tacos, veggie sushi, and falafel. All were really, really good.

Anyway, as I was saying, my friend and I drove to the tournament on Thursday morning. We left at 5:00 am with coffee and cookies in hand. She’s a foodie, so I was thrilled when she gave them two thumbs up. She was mostly impressed that they were gluten-free and didn’t have the texture of sand, which is an unfortunate occurrence in many GF cookies. These refined sugar-free and oil-free vegan oatmeal cookies are soft and chewy on the inside and slightly crispy on the outside, with a hint of cinnamon.

Another thing that makes these cookies taste amazing is that I toasted the rolled oats before making the cookie dough. Toasting them in the oven for a few minutes intensifies the flavor and gives them a nice nutty taste.

It’s really hard to mess these up. If you follow the instructions carefully and you toast the oats first, you’re going to make some delightful gluten-free oatmeal cookies that your family will love.

First – Toast the oats in the oven for approximately 5 to 8 minutes, or until they turn slightly golden.

Second – Whisk the dry ingredients together

Then – Stir in the raisins until they’re evenly distributed.

Finally – Scoop the cookie dough by heaping tablespoons onto a parchment lined baking sheet and bake for approximately 12 to 15 minutes or until golden in color. Let cool on a wire rack.

These classic oatmeal cookies are addicting. I kept going back for more, and I started to feel guilty about it, until I reminded myself that they don’t have any refined sugar and they’re gluten-free. They’re also filled with healthy oats, raisins, and ground flax seed. #noguiltcookies

Make these and come back and let me know what you think. I always love hearing from you. 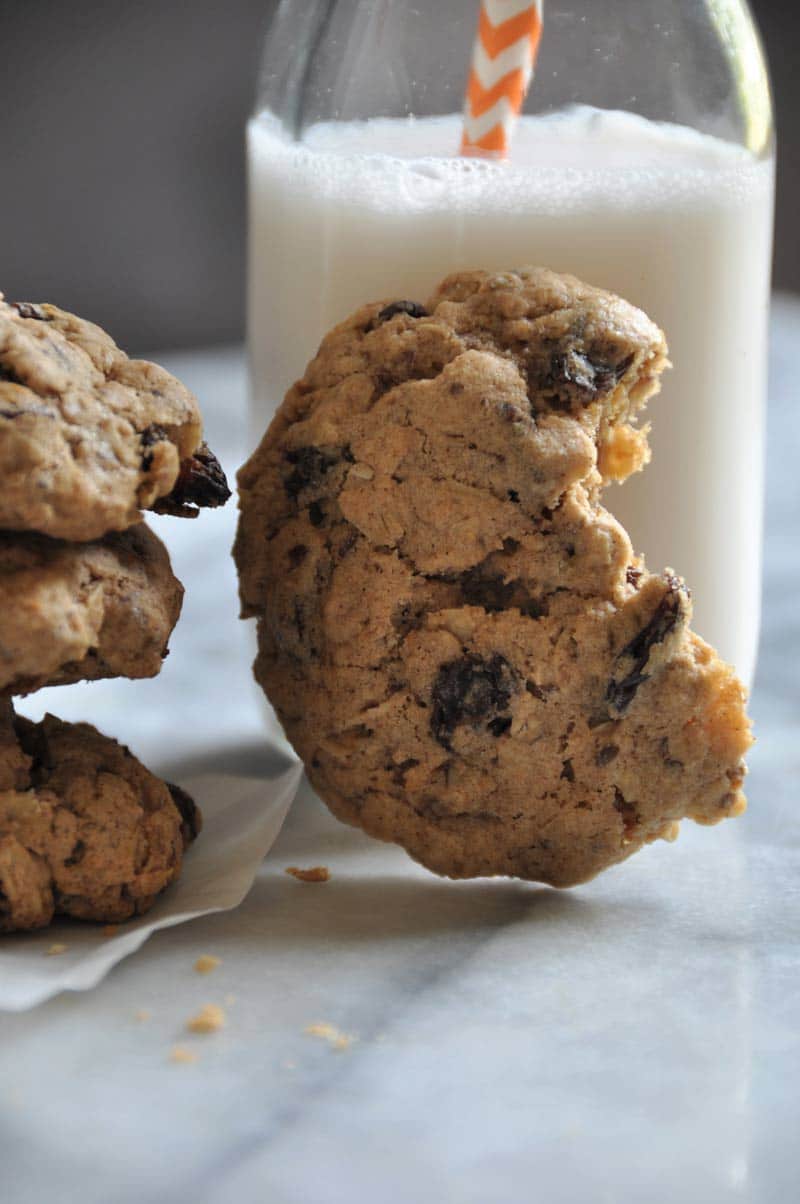 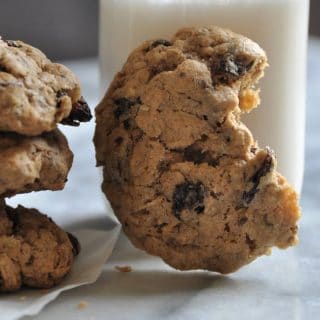