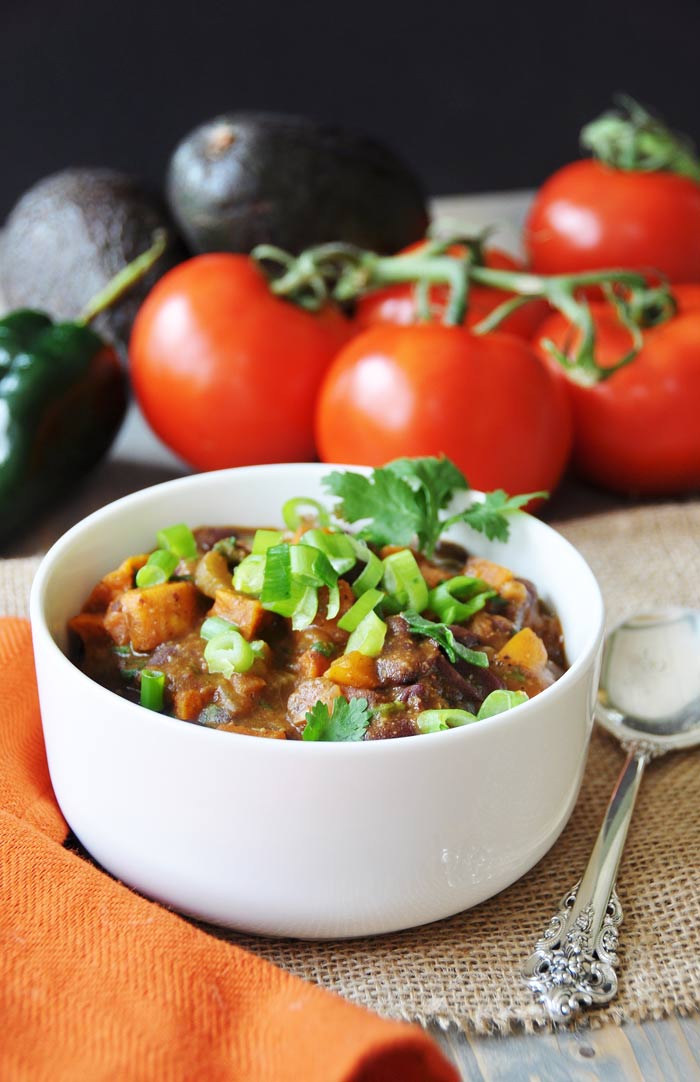 If you love sweet and spicy in one glorious dish, you’re going to love this roasted sweet potato chili - vegan and gluten-free. It’s one of those fall meals that just makes you want to bottle up the season and keep it on a shelf so that you can open it whenever you want the weather to be cool and crisp, colorful and beautiful, and cozy and perfect.

The September weather in Chicago has been stunning. Blue skies, crisp mornings, mild afternoons, and cool nights. The kind of weather that makes you appreciate a hot cup of coffee in the morning, long walks in the afternoon, bonfires at night, and chili for supper. 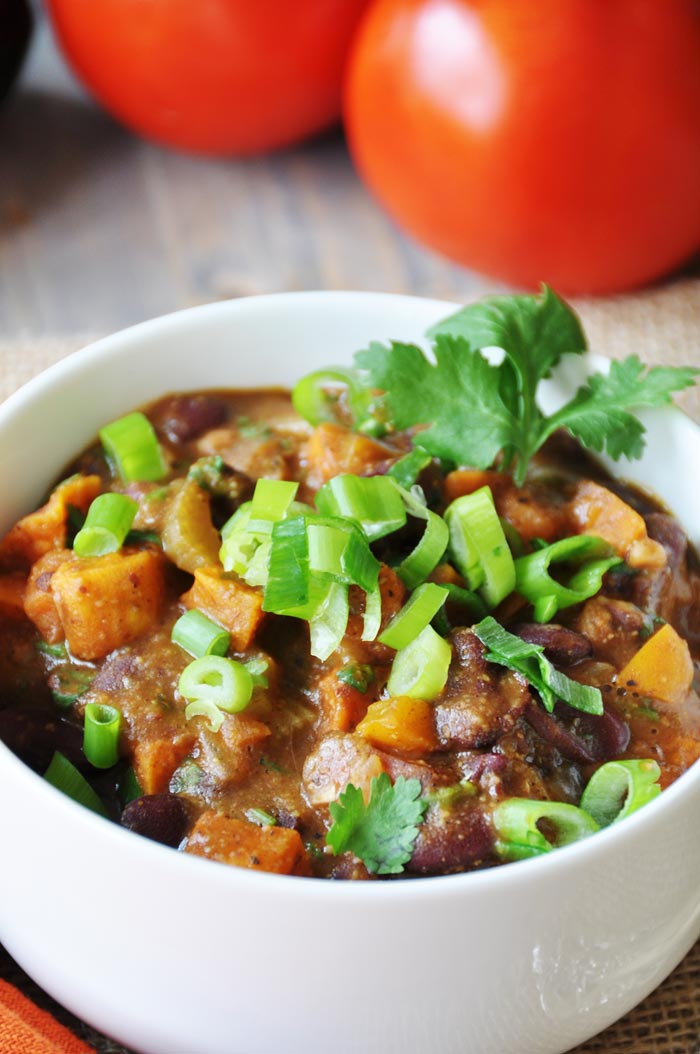 Sunday morning my husband and I made the fluffiest, most delicious pancakes for breakfast (I’ll share the recipe with you on Wednesday) and I told him that I wanted to make a roasted sweet potato chili for dinner. He thought that sounded like the perfect thing to eat while we watched the Bears’ game, and it would match the blood moon, so as soon as we finished breakfast we started cooking chili.

The first thing we did was roast the sweet potatoes. You’ll want to dice them into small cubes, toss them in a little olive oil, salt and pepper, and roast them for about thirty minutes, or until they begin to turn golden brown and firm. 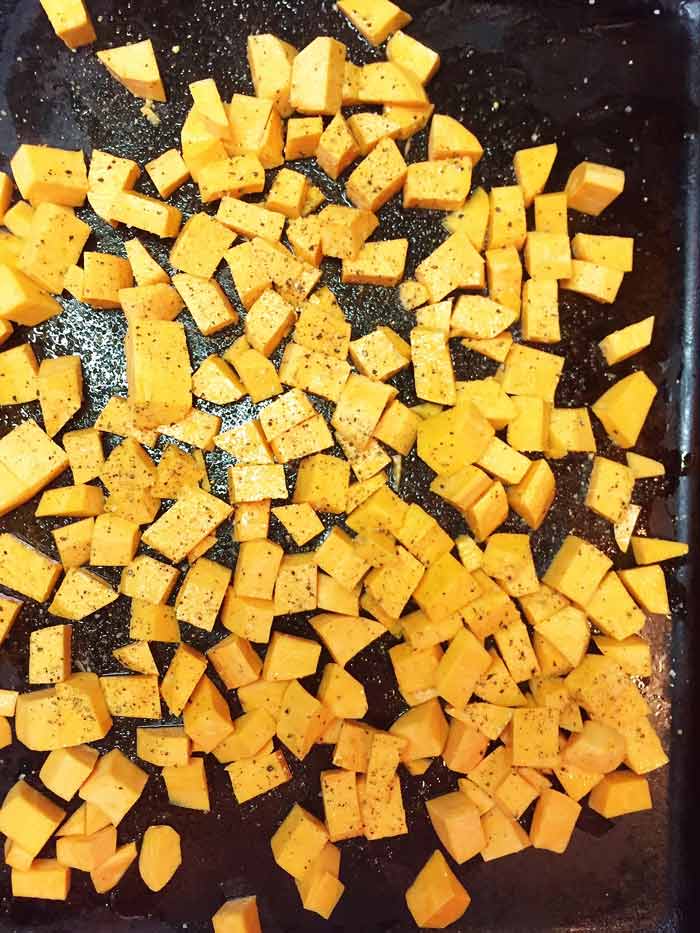 While the potatoes are roasting, you’ll want to roast a poblano chili. If you have a gas stove you can do it like this. 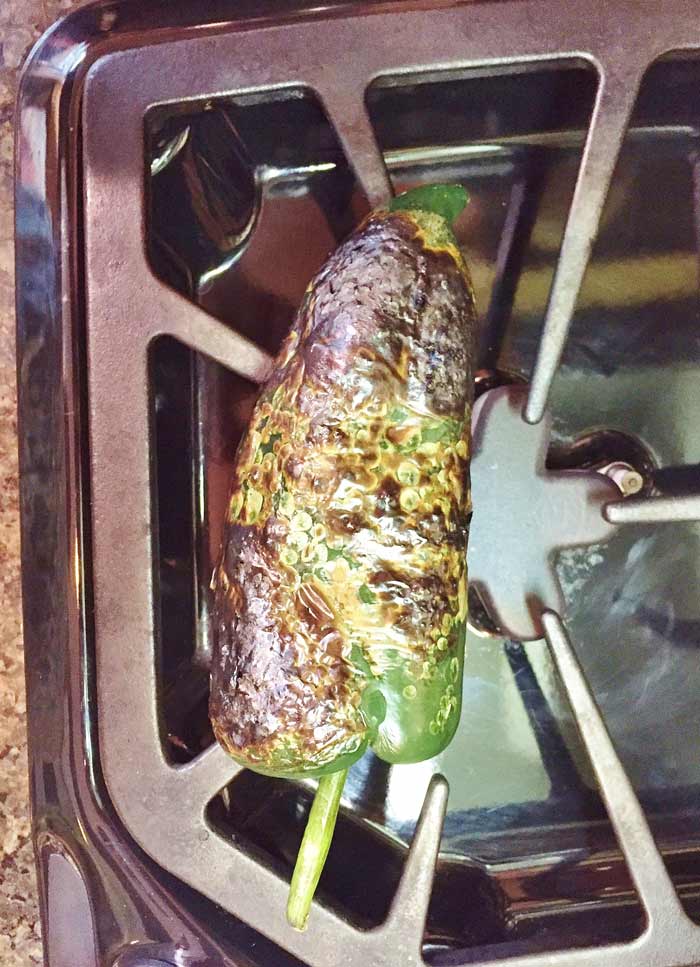 If you don’t have a gas stove then roast it in the oven under the broiler. 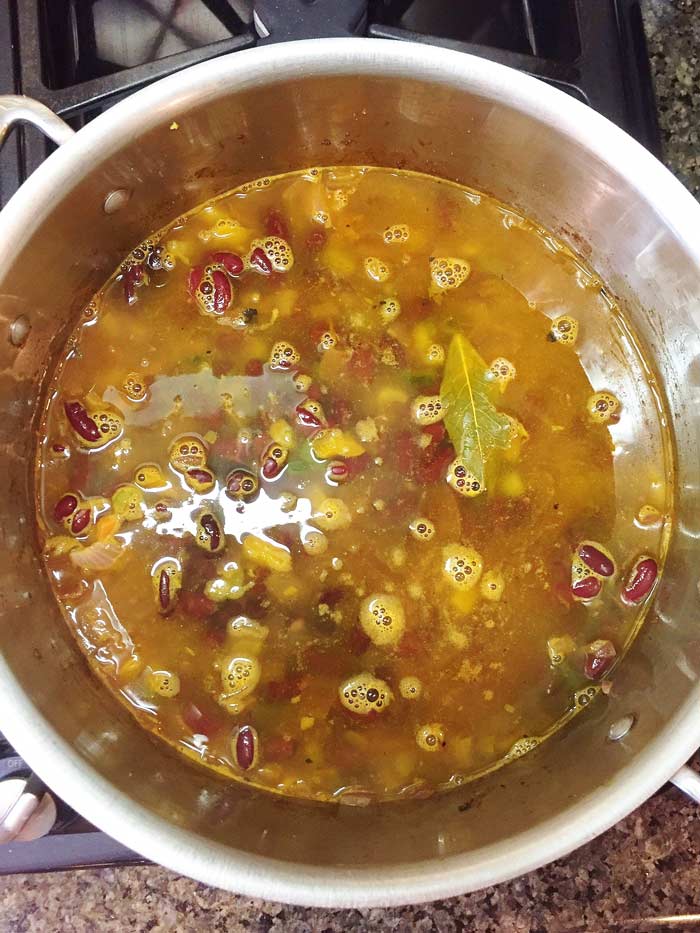 Now scrape the blistered skin off of the pepper and dice. Take a test bite. Is the pepper really hot or is it mild? Depending on the heat and how spicy you want your chili to be, add accordingly. Just look at how the expert chili scraper does it. 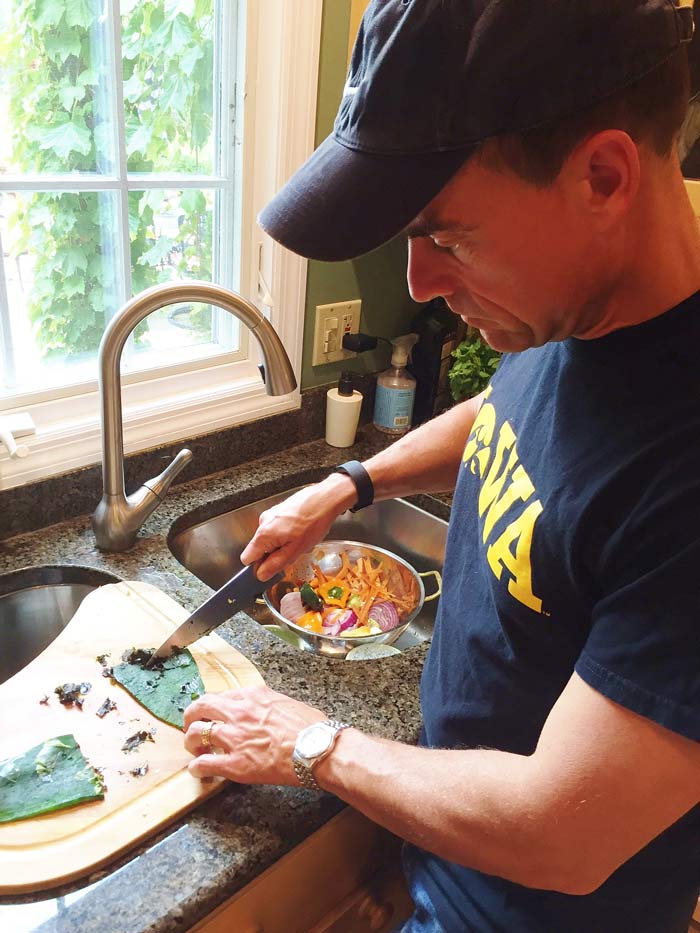 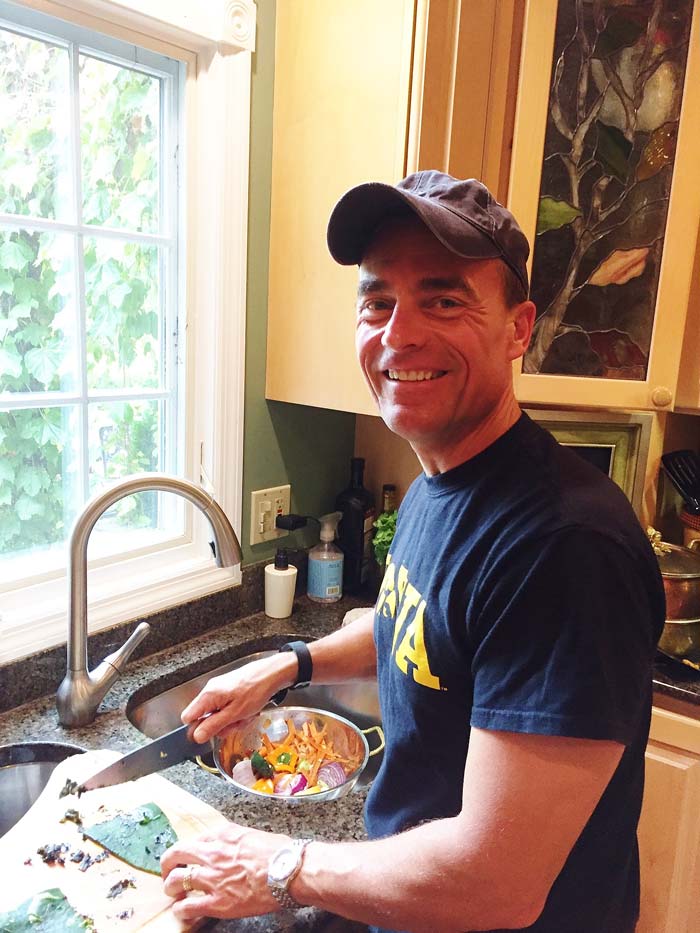 The last step is to add the roasted sweet potatoes and some cilantro. Let them cook for five minutes and then serve.

The sweet potatoes, carrot, and bell pepper lend a nice sweet flavor to the spices. It’s a wonderful blend of savory, spicy, and sweet. And the potatoes give it a meaty texture.

I’ve had a lot of different kinds of chili in my life and I have to say that this healthy roasted sweet potato chili version has jumped to first place. This is a chili recipe that is hearty and filling and will impress the meat eaters in your life. 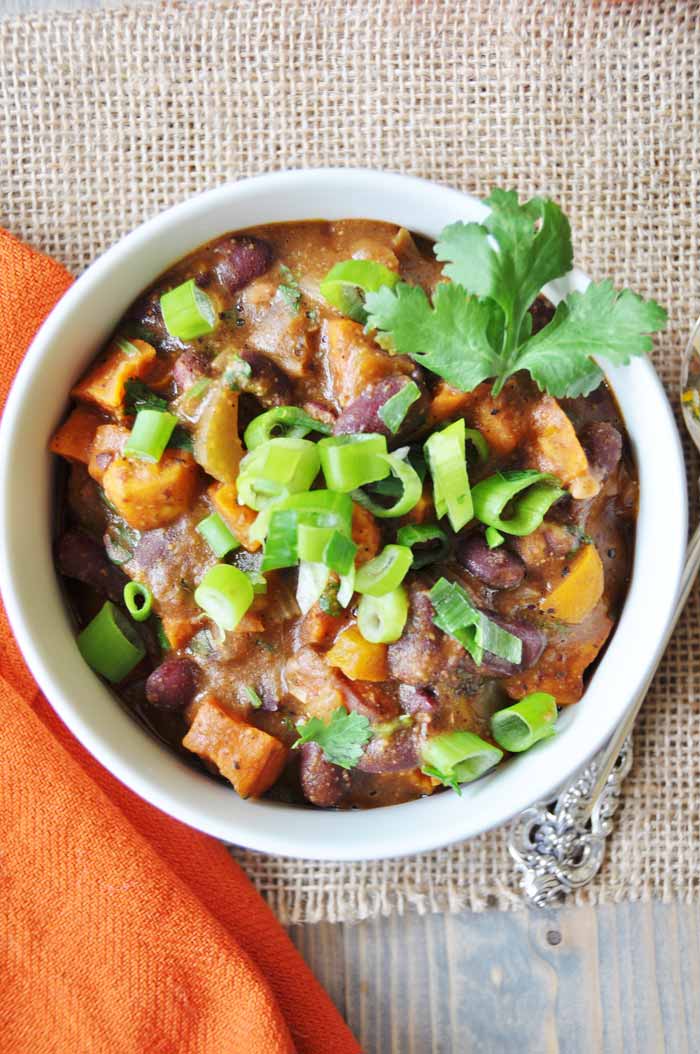 Were you fortunate enough to get a glimpse of the supermoon lunar eclipse, or better known as the blood moon last night? It was spectacular. It was the first supermoon lunar eclipse in three decades and it was also a harvest moon, something we won't have the priveledge of seeing again until 2033. It started off as a bright and beautiful full moon and then the eclipse started to happen and a thin layer of clouds moved in to our area. My husband and I didn't think that we'd be able to see it and we were really disappointed. Luckily, the clouds cleared out at around 9:05 pm and we saw this. 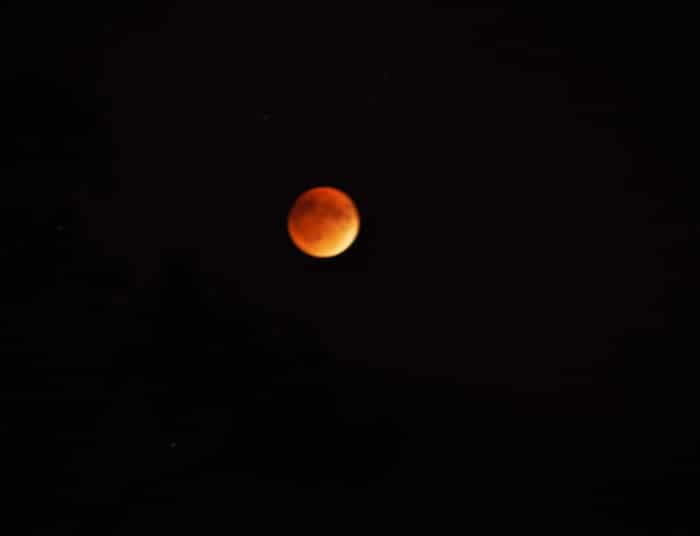 Apparently, certain religious groups believe that the blood moon is a symbol of the beginning of the apocalypse. While I don't believe it, I have to admit that there was a moment last night when I thought, uh-oh! A funny thing happened while my husband and I were standing in our back yard watching the beginning of the eclipse. We were talking with our son on my cell phone about the eclipse when suddenly the call failed (there was a rapid beep on the phone then nothing), at the exact same time girls started screaming in our neighborhood, and car alarms started going off. My husband and I looked at each other and simultaneously headed for the house. We were laughing, but I have to admit, it kind of freaked me out. What a coincidence. It turns out that the screaming and car alarms came from our neighbors'. They got toilet papered and the girls who did it got scared when they set off the alarms. Some timing, right?

Call me a geek, but I got quite a thrill as I was looking at that beautiful red ball in the sky. There is nothing more spectacular than nature, and last night's moon was just that. I just pray that I'm alive to see the next one.

If you're looking for more meat-free Monday ideas then head over to Tinned Tomatoes. You might even see my recipe over there. 😉

Did you get to see the blood moon?

Have you ever put sweet potatoes in chili?

Here's a sneak peak of the pancake recipe that I'm posting on Wednesday! 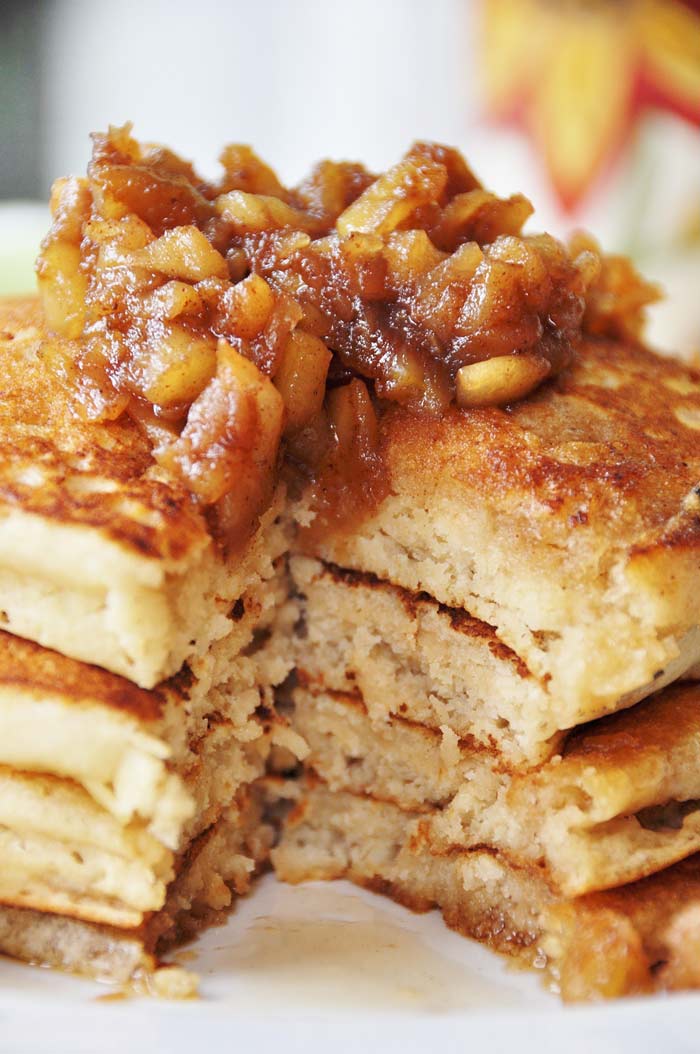 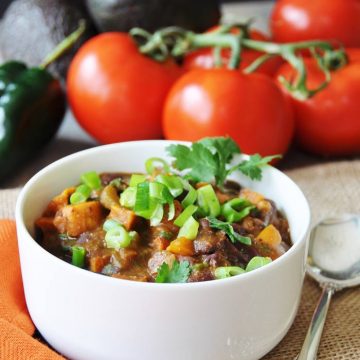 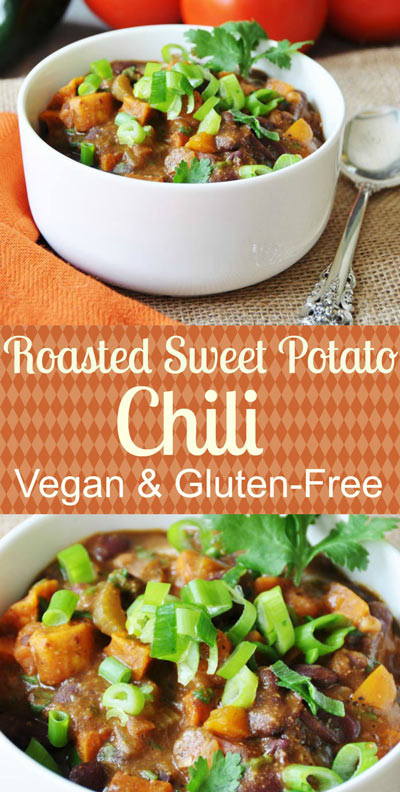