Creamy, chocolatey and comforting pudding that's dairy and soy free. Avocados make the perfect base for this delicious dessert. 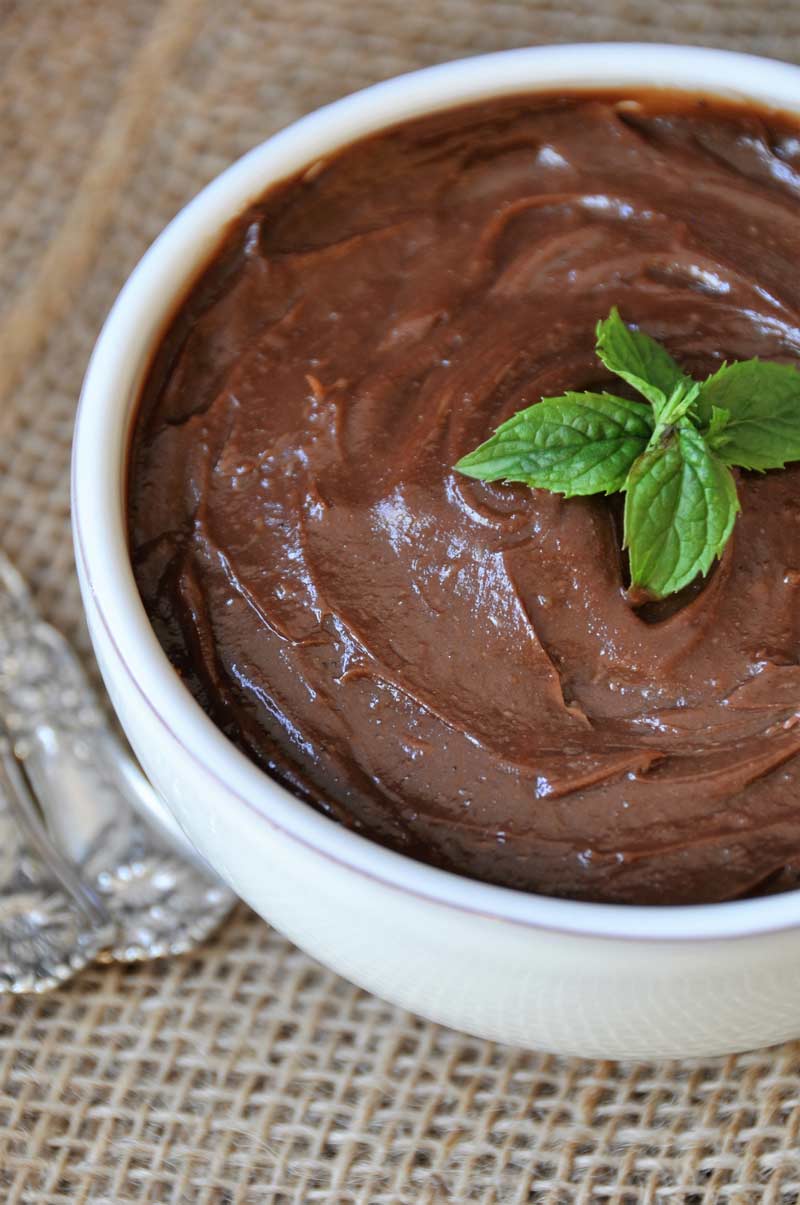 Pudding lovers rejoice! Here’s one of the easiest, silkiest, richest and most delicious vegan chocolate pudding recipes ever!

I ate spoonful after spoonful of this velvety pudding while I was trying to think of ways to improve upon it, but I couldn’t think of anything that would make it better. It was so simple and perfect, just as I remembered chocolate pudding from my childhood. Only this recipe isn’t anywhere near the same. This one is SO much healthier.

Instead of a heavy cream cholesterol bomb, this raw chocolate pudding is made with cashews, almond milk, a little sugar, vanilla, and a pinch of sea salt for good measure. Oh, and there’s cocoa in it, because, it wouldn’t be chocolate pudding without that little ingredient.

It must be the fall air, because my nesting instinct is in full force right now. I’m loving my kitchen again, and I’m all about decorating and making things cozy. Are you feeling the same way? It’s pretty awesome. I’m embracing the smells of cinnamon, nutmeg, pumpkin, and apple. And yes, I realize that chocolate pudding doesn’t fit in with this theme of aromas, but it does say comfort, and that seems to be my word of the season. 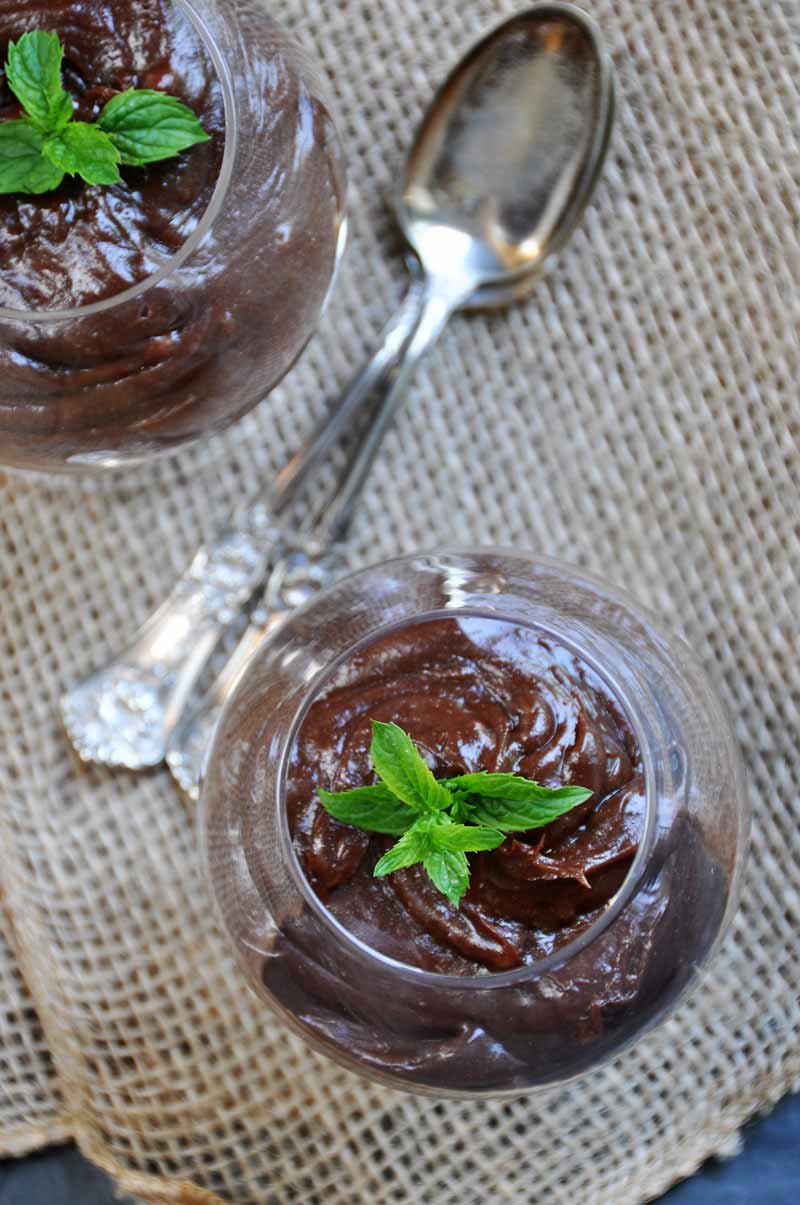 Okay, so you know that this chocolate pudding recipe made out of cashews is raw and that it only takes five simple ingredients, so how can it get any better? Ready to have your mind blown? It takes less than five minutes to make!! That is worthy of two exclamation points.

To make this blender chocolate pudding you must soak the cashews for at least a few hours to ensure that they get really soft and whip up into the smoothest dessert ever. You don’t want little pieces of nuts in your pudding. Or maybe you do? It wouldn’t be the worst thing, but I prefer mine as smooth as a baby’s bottom.

Once the cashews have absorbed the water and are squishy and plump, drain them and put them in a high powered blender. Add the cocoa powder, vanilla, sugar—you can use maple syrup—sea salt, and almond milk, and blend them all together until they look like this. 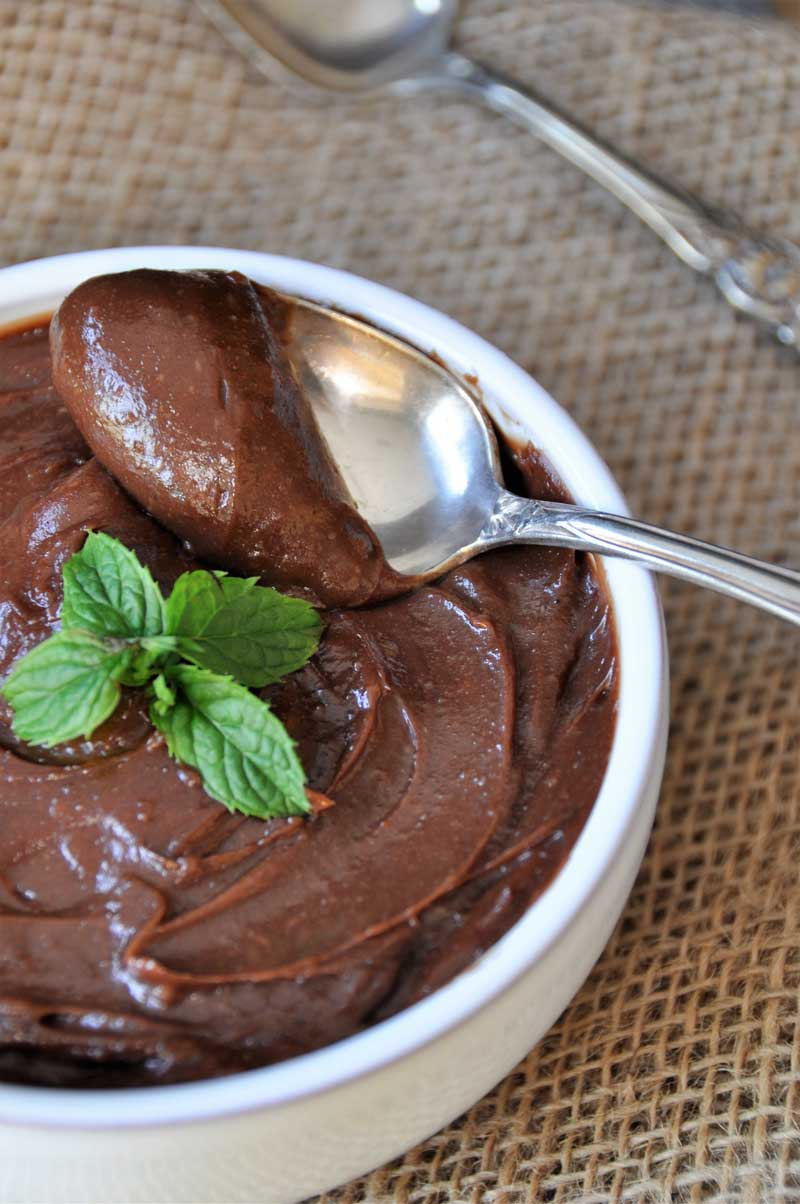 Looks good! Just a note, high powered blenders tend to heat things up when they work hard, so at first your raw vegan chocolate pudding will taste a little warm. If you want yours cold, put it in the refrigerator for a while.

This is the kind of dessert that you can feel good about eating. I actually spread some on my toast, like Nutella, and it rocked. You could also dip fruit it in. The sky’s the limit when it comes to this chocolate treasure.

Notes on the Sweetener: I used unbleached sugar to make this. You could use maple syrup, agave, or any other sweetener that you like. If you use something other than sugar make sure to add it slowly and taste as you go. The maple syrup will change the taste of the pudding a bit, so make sure you like maple before adding it.

Notes on the Almond Milk: Like the sweetener, you can use any plant-based milk that you like. Because different brands of milk contain different amounts of water, add a half of a cup and add more as you need it. My pudding was nice and thick, if you want yours to be thinner then add a little more.