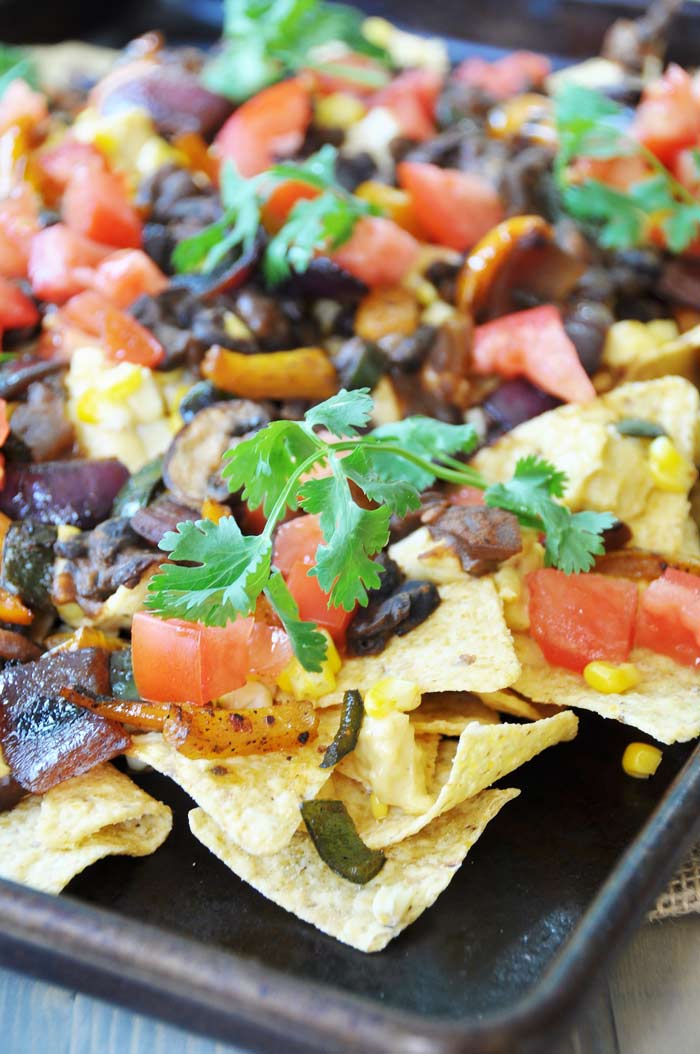 LOADED! That’s what this tray of nachos is. Loaded with peppers, onions, beans, cashew cheese, tomatoes, and cilantro. This is what football fans want in front of them when they’re cheering on their favorite team. Am I right?

This loaded vegan nacho recipe was created by me, for you, and all of the football fanatics who are salivating for the season to start so they can start munching these bad boys down their gullets.

Saturday is kick-off day for me and my family. Our beloved Hawkeyes play first, followed by our equally beloved Crimson Tide who will be kicking some cheesehead booty in Dallas, Texas. And just so you know, I just turned a lot of family and friends against me with that statement. Thank God my husband is a huge Bama fan because his alma-mater is Wisconsin. Also, I grew up in cheese land, so I can say that. #RollTide! 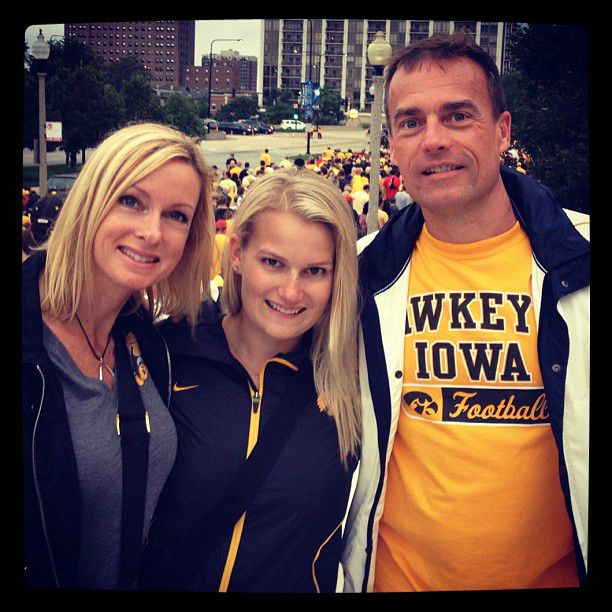 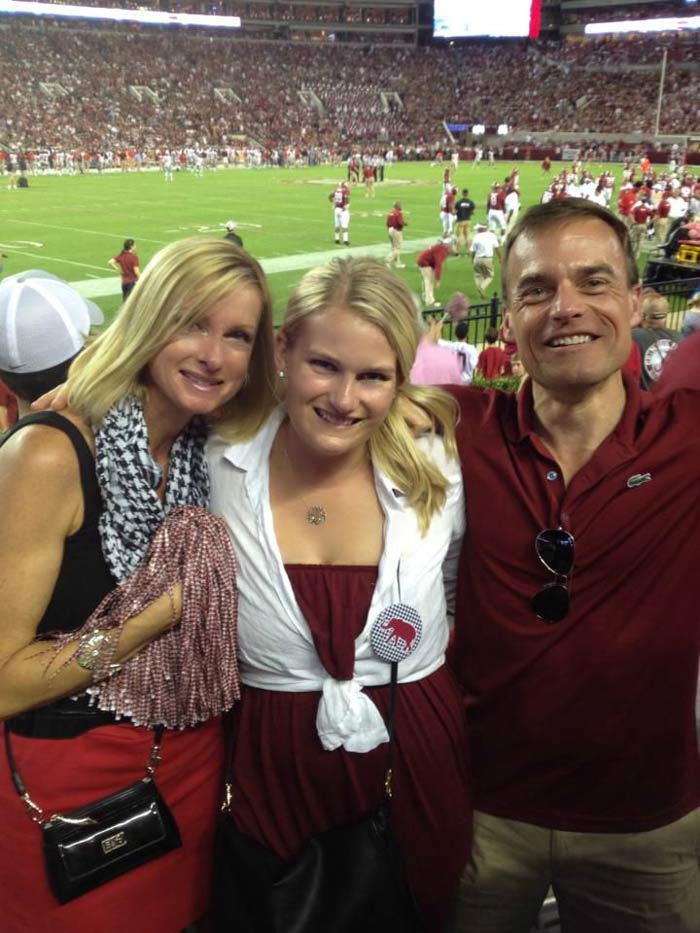 In just two days I’ll be stuffing my face with these veggie and black bean nachos while spraying chips all over the floor with my hoots and hollers. I can’t wait.

This recipe is a result of leftovers from a fabulous Mexican meal that I made this week. I always make a big batch of beans so I have them on hand, and I chopped too many bell peppers, mushrooms, and onions for the quesadillas that I made, so I thought, hey, these would be great on nachos. Boy, oh boy, I wasn’t wrong.

You can use store bought vegan cheese or you can whip up a batch of vegan cheese in three minutes, pour it all over the chips, then load on the veggies and beans and pop them in the oven to heat it up. Sprinkle with a hearty helping of diced tomatoes and cilantro and that’s it. It looks like a billion bucks and tastes like a billion and one. 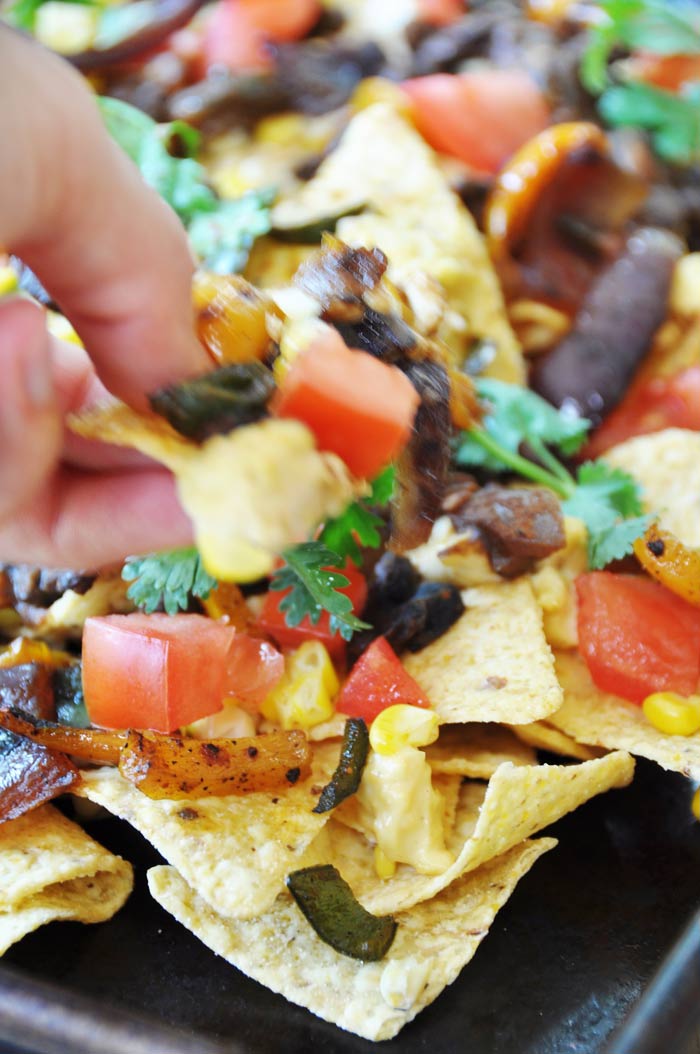 Today’s post is going to be short and sweet because I have to go make dinner. So while I’m cooking you take notes on these nachos and make them for your game day snack. You won’t be disappointed.

Are you psyched for football season?

What team do you cheer for?

Nachos or chips and dip? 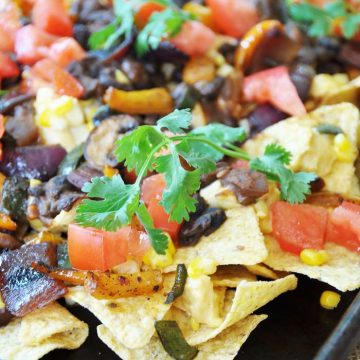