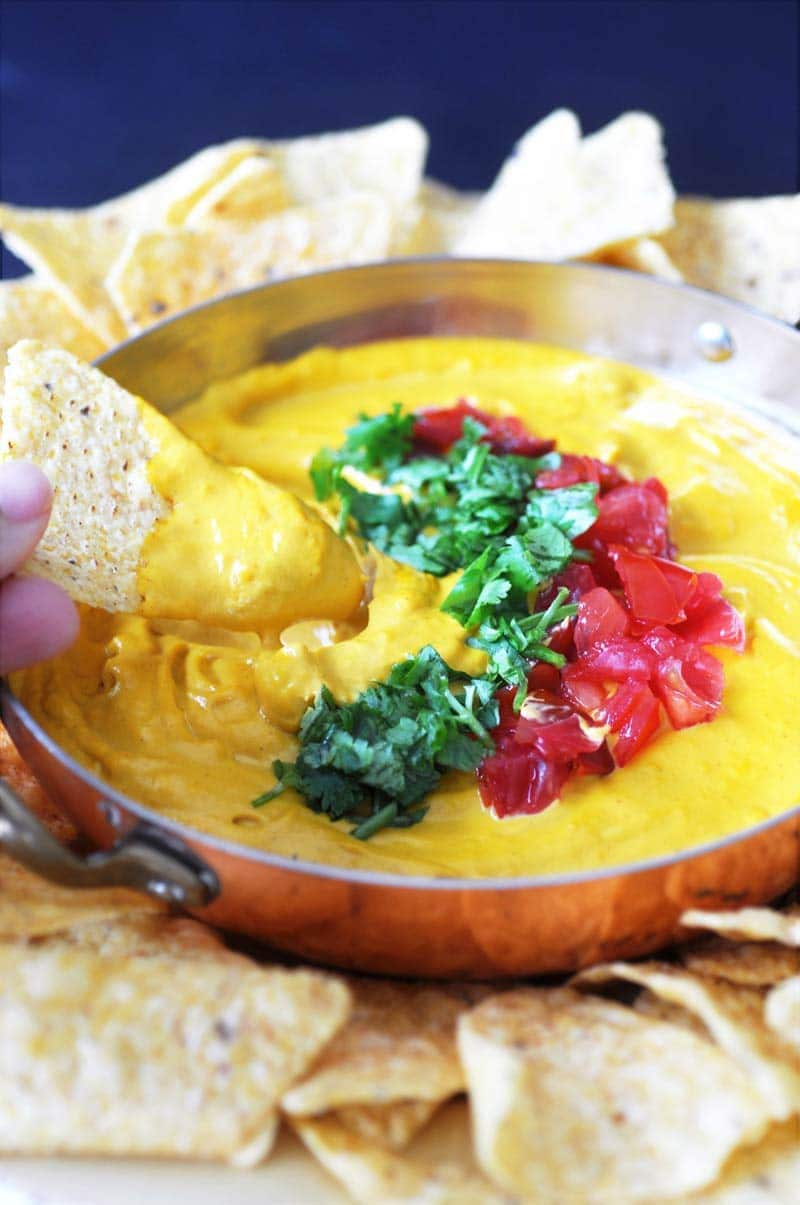 You can have your fun and eat it too. With this gooey, cheesy, slightly spicy, zero cholesterol vegan queso fundido, you can have all of the snacking fun that you want. GUILT FREE!

This delicious dish of melted CHEEEEZE started out as a nut free queso fundido. And then the Breakfast King tasted it. His eyebrows went in two different directions. One up and one down. I don’t know how he does that. And he ever so sweetly asked me what I was going for? I told him that I was trying to make a vegan, nut-free queso so that my friends with nut allergies could partake in the epic fun that is queso fundido.

It didn’t really work out that well. It wasn’t terrible, but it wasn’t great. And I’m only going to share great with you all. The BK thought it tasted like spicy baby food because I used cauliflower and sweet potato as the base. To him, pureed vegetables is essentially baby food. His words, “If you’re going to serve this to non-vegans as queso they’re not going to like vegan food, but I’m sure people with nut allergies would like it.” #QuitWhileYou’reAhead

So I started over. And this happened. 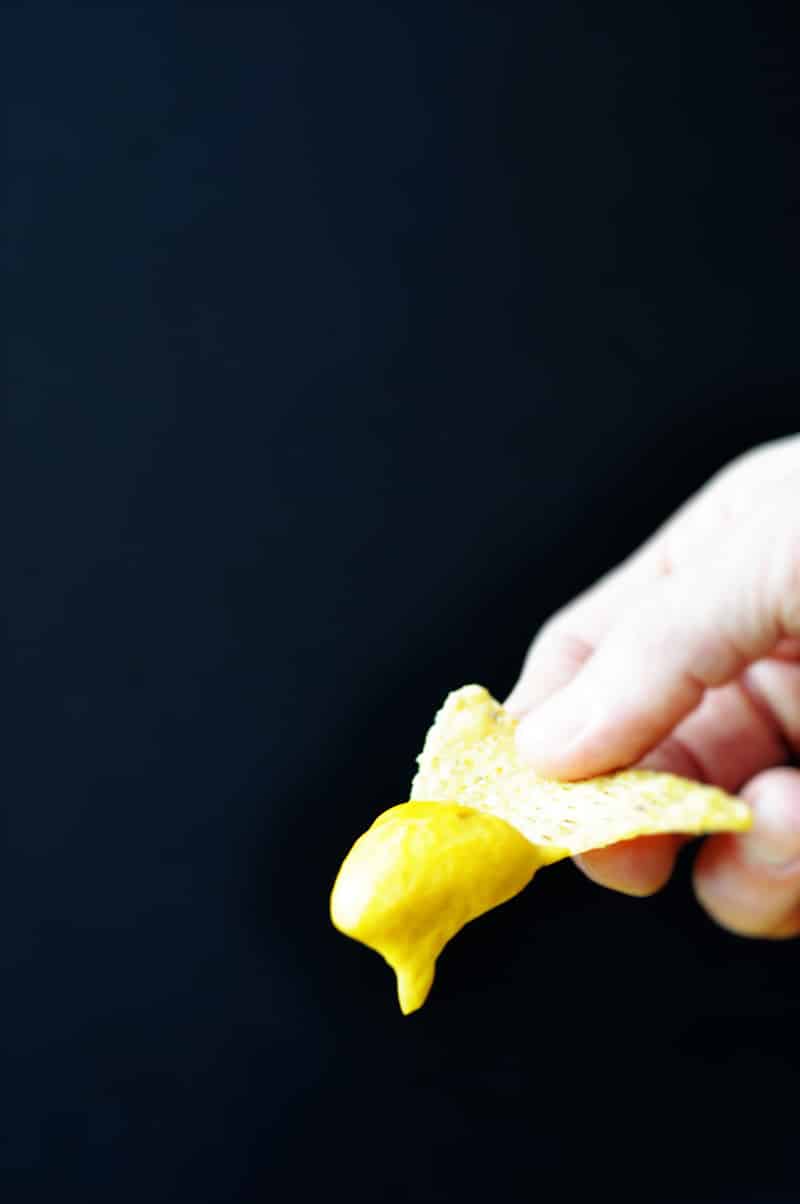 The second time I went back to my old tried and true vegan cheese friend. Cashews. They rock, they roll, and they really do make a mean zero cholesterol vegan queso fundido.

Because this nut cheese recipe needed to mimic cheddar, it needed to be orange. So I snuck in a small steamed sweet potato and it worked out beautifully. The sweet potato gives the vegan queso a gorgeous color and it adds vitamins and nutrients. What more could you ask for?

Now I know that there are people who don’t like the taste of nutritional yeast, but if you’re going to capture a cheesy flavor, you can’t skip this ingredient. The good news is that the sweet potato and the chili seasoning cuts the strong flavor of the nutritional yeast and you just get a nice cheddar flavor.

When I gave the BK a sample of the second batch of queso he yelled, “Nailed it!” Granted, he was watching football, so the enthusiastic volume in his voice was probably a combination of the game and the queso. Although, he scarfed down the rest of the queso, which means that he really liked it.

This queso fundido recipe is super easy to make. All you need is a high powered blender, like a Blendtec or Vitamix, and eight simple ingredients.

Soak the cashews in boiling water a few hours before you plan on making the queso so they blend into a smooth and creamy cheese. When the cashews are ready, put all of the ingredients in the blender and you’re two minutes to a delicious zero cholesterol vegan queso fundido!

Even if you’re not vegan, this is such a better option than the kind made with dairy cheese. Cashews, sweet potato, and nutritional yeast have zero cholesterol, but a one ounce slice of cheddar cheese has nine percent! Multiple that by the many more ounces that you’ll need to make a bowl of queso and, well, you get the picture. 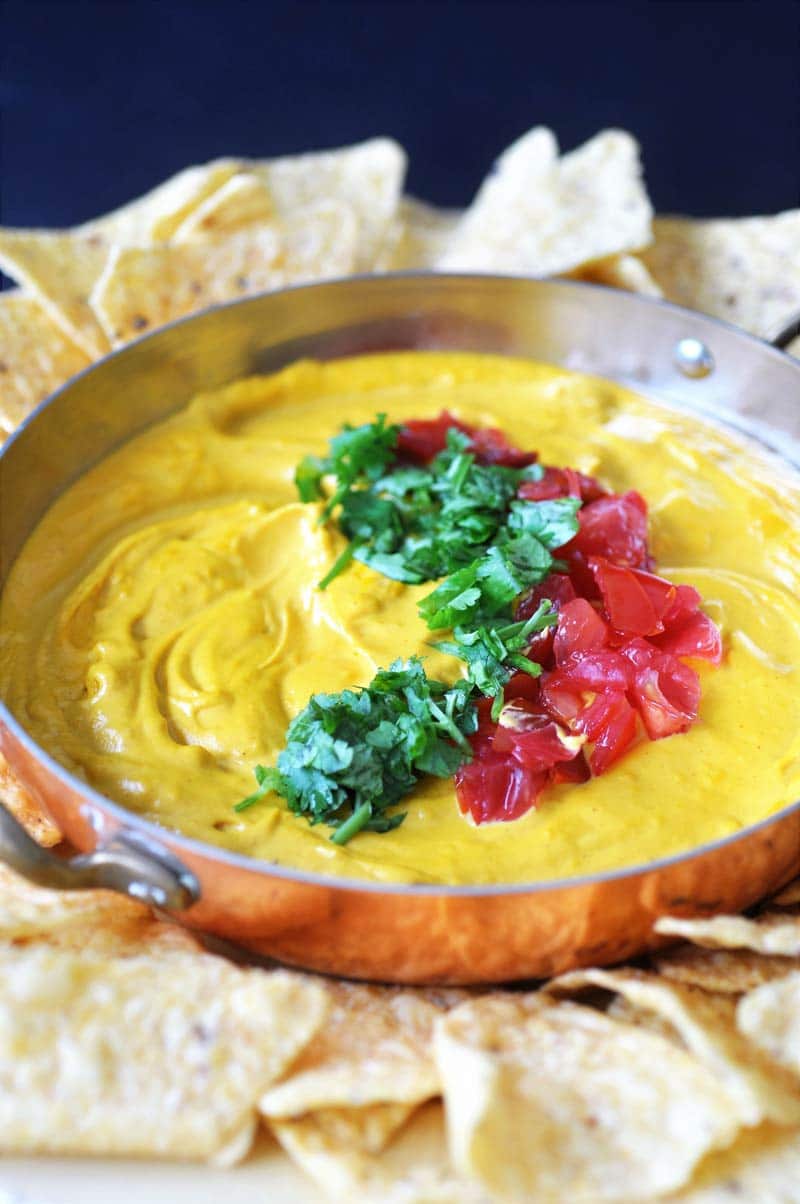 Make this zero cholesterol vegan queso fundido for your next football get together, it’s guaranteed to be a crowd pleaser. You might have to double or triple your recipe to make sure you have enough. This recipe makes approximately two cups, which will satisfy two hungry people or four light eaters. 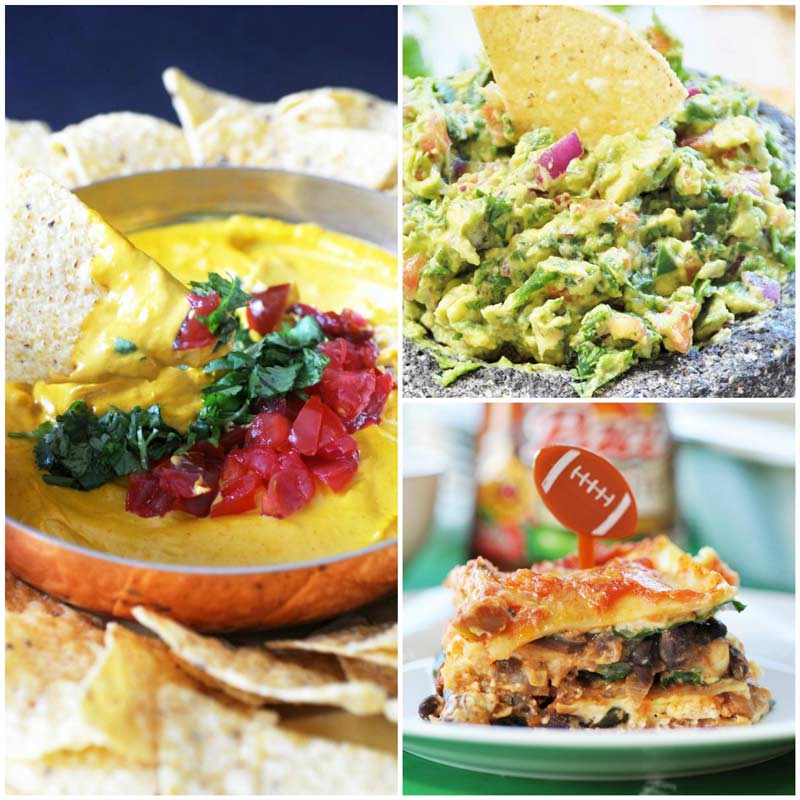 Are you gearing up for Super Bowl Sunday?

How was your weekend?

If you live on the East Coast did you get through the storm without losing power? I hope so! 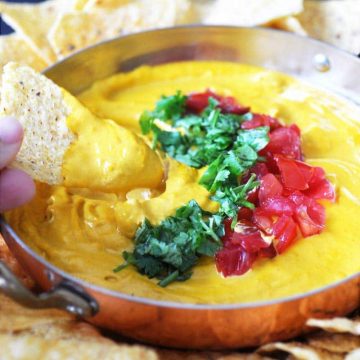 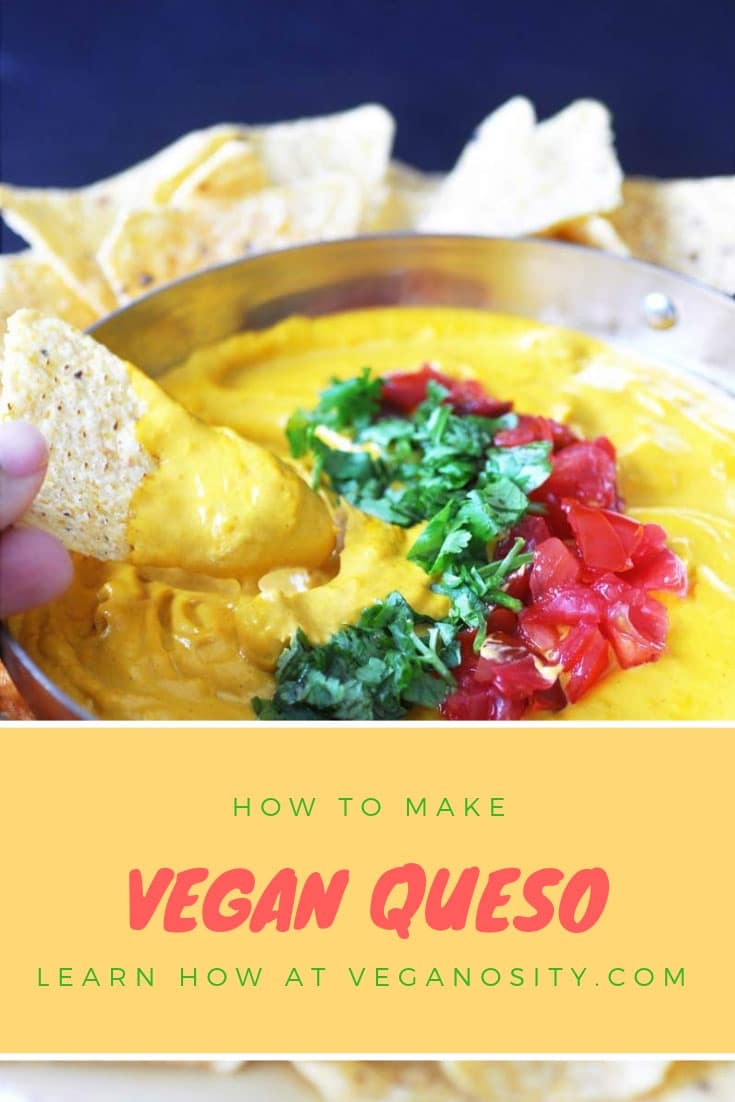