Phở is all about the broth. It's packed with so much warm and savory flavor. Our broth does not skimp on flavor, it has all of the spices you'd expect in an authentic phở, and it's bulked up with meaty shiitake mushrooms and sweet carrots and herbs. And of course there's the noodles, you must have those rice noodles! 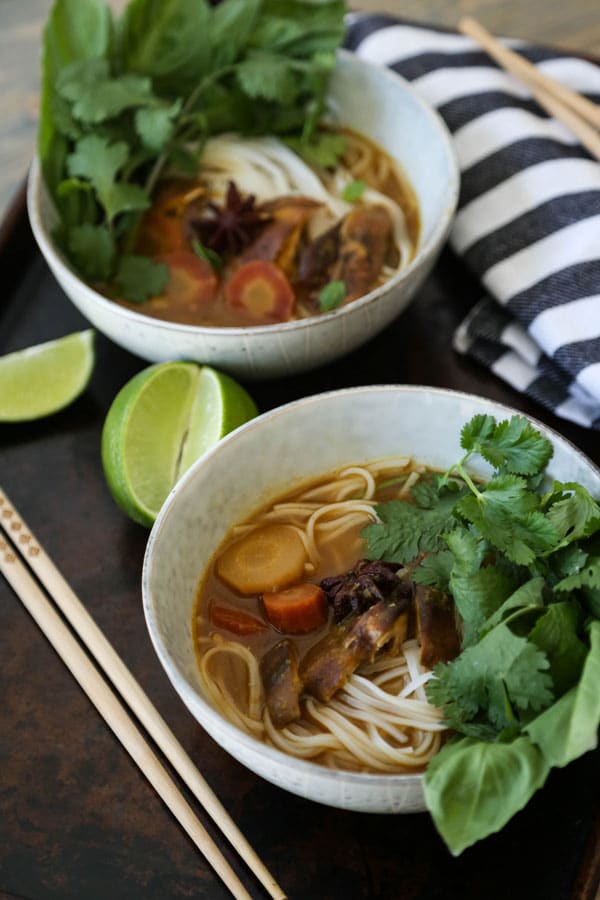 Can I just tell you how obsessed Alex and I are with phở? Clearly, we’re not the only ones because it’s a true food trend throughout the country right now. In case you’re not familiar with this Vietnamese street food, let us introduce you.

Phở is soup with a rich and warm broth that’s made with low-sodium vegetable broth, caramelized leeks, garlic, star anise, tamari, fresh ginger, cinnamon, basil, and cilantro. We let it simmer for 30 minutes so all of the flavors marry and become one delicious treat.

We also added meaty shiitake mushrooms to replace the beef that phở is typically made with. And to make it one step healthier, we put some sweet carrots in for good measure. Lastly, we added the rice noodles that are an essential ingredient in this Vietnamese soup.

HOW TO MAKE VEGAN VIETNAMESE PHO

First – Caramelize the leeks in the olive oil until they’re a light golden brown. This will add so much flavor to the broth. If you don’t cook with oil you can cook them in a little bit of broth.

Second – Add the carrots, mushrooms, garlic, star anise, ginger, vegetable broth, water, tamari, bay leaves, and the cinnamon stick and bring to a boil. Once the broth is boiling, reduce the heat to a simmer and let it cook for 30 minutes.

Third – While the broth is simmering cook the rice noodles.

Fourth – Add the chopped cilantro and squeeze the lime juice into the soup and stir it to combine.

Fifth – Divide the noodles into four bowls and pour the broth and mushrooms over the noodles. Garnish it with more cilantro and basil leaves. 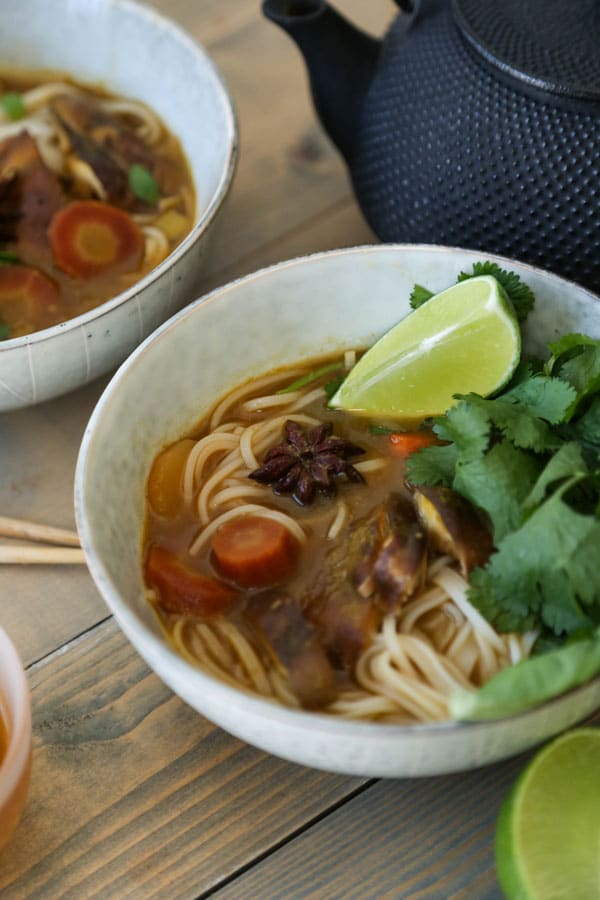 Make this delicious vegan phở recipe and let us know what you think. And don’t forget to take a picture and tag us @veganosity on Instagram so we can see your beautiful creation. 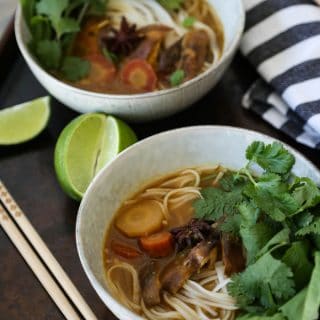 628shares
Healthy vegan recipes that will keep you strong, fit, and satisfied.