Laissez les bons temps rouler! Or, let the good times roll, in case you don't speak French (like me). Tomorrow is Mardi Gras, it's time to eat until you can't eat no more! No worries, our vegan Creole fried rice is pretty healthy, so go ahead, indulge! 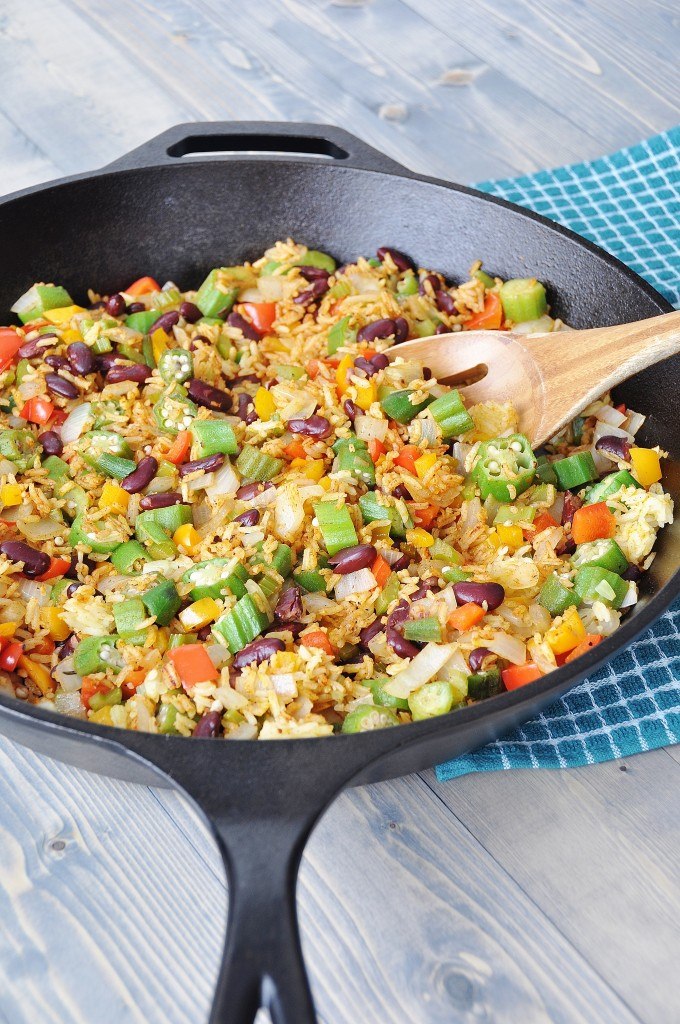 Mardi Gras is tomorrow, also known as Fat Tuesday. In New Orleans, people will be feasting on Creole and Cajun foods, so I thought it only appropriate to make something quick, easy, and Creole for Kick Start Monday.

This vegan Creole fried rice will get you in and out of the kitchen faster than you can say BAM! Get it, Emeril Lagasse is famous for the “BAM” phrase? Lame? Okay, carry on.

Now clearly, vegans are not going to be chowing down on seafood, chicken, or meat, which is a big part of Creole food, but that doesn’t mean that we have to sit out on this spicy and awesome day of eating. Au contraire mon frère, you can eat well, very well as a matter of fact, because the true beauty of Creole food is in the spices, and the last time I checked, cayenne and paprika were vegan.

This vegan Creole stir fry is as easy as it gets, and it’s as tasty as it is pretty. Seriously, look at this colorful dish, it looks like a party! 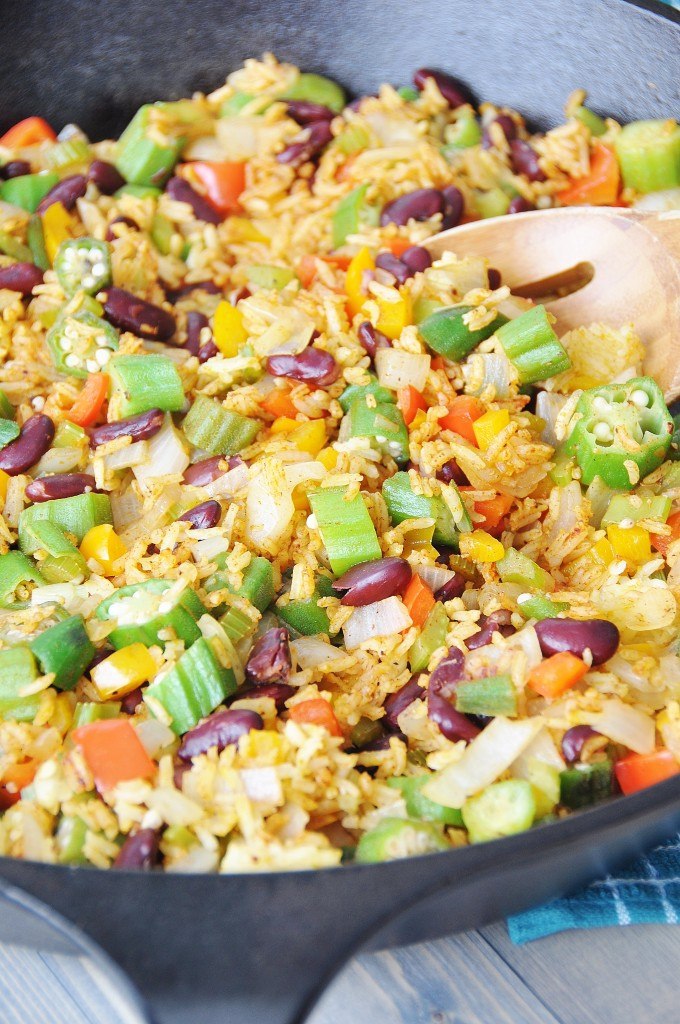 Start with a fragrant jasmine rice and some vegetable broth. That alone makes me happy. While you steam the rice, chop up a white onion, a few stalks of celery, and a bell pepper (I used a half of an orange and half of a red for color). Then, get the okra, red beans, garlic, and Creole spices ready to roll. Heat up a large skillet, add some avocado oil and start cooking those veggies and beans.

The aroma of the onions, celery, garlic, and spices will put a smile on your face. Together, they smell like a party. Once the rice is cooked, add it to the vegetable mix and fold it in until it’s coated with the spices and sizzling. That’s it, dinner is served. See, I told you this was easy. 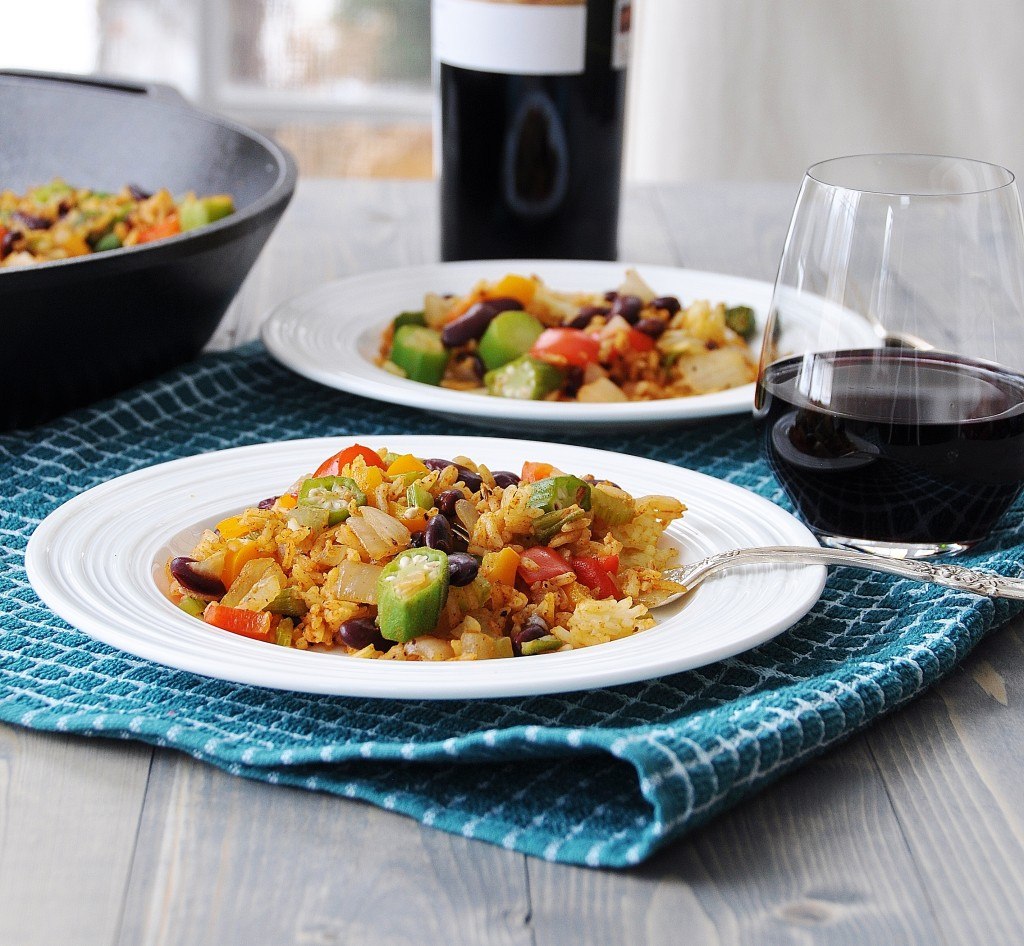 Think about it, in this one pan dinner you have a starch, vegetables, and protein. If you feel like you need a green leafy vegetable then add some spinach or kale to the pan, or make a big fresh salad to go with it. Both work! In fact, you could add greens to the dish and make a side salad. Now that’s what I call healthy y’all!

If I can give you one helpful tip when you’re making this delicious vegan Creole fried rice, it’s this; start with ¼ teaspoon of cayenne pepper, then add more if desired. I love hot food, so this recipe calls for a ½ teaspoon of cayenne, which leaves a kick. Start small and go big, but don’t start big, cuz you won’t be able to go small. 😉 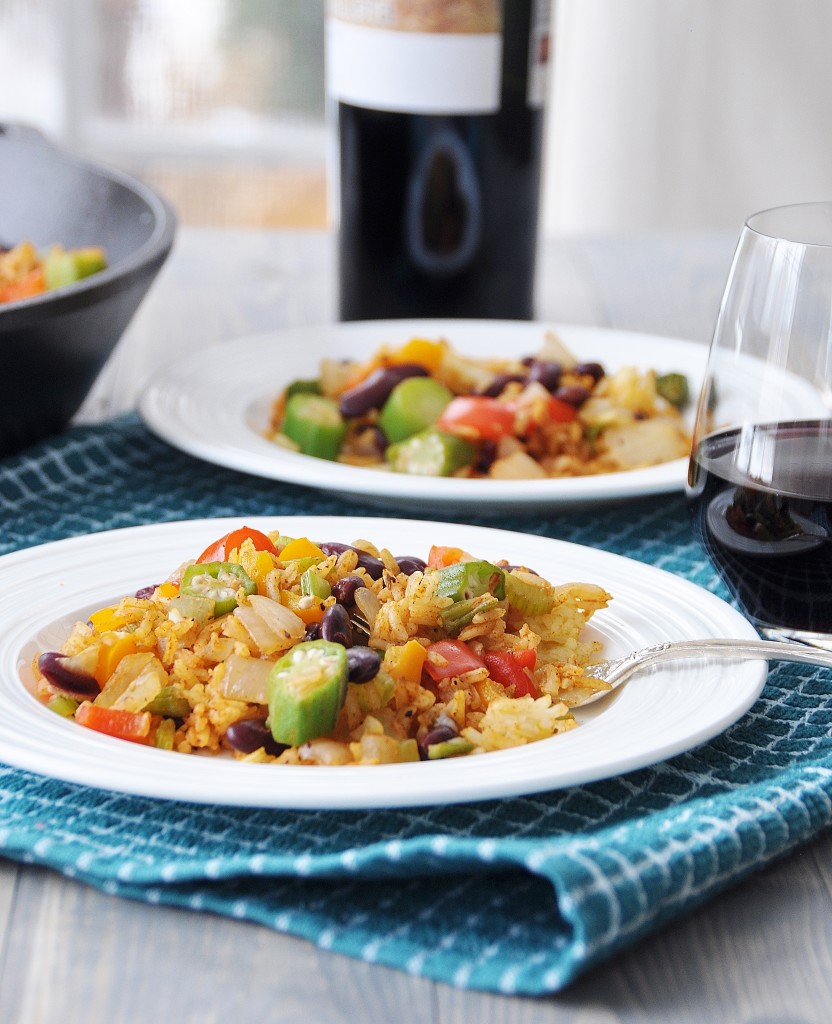 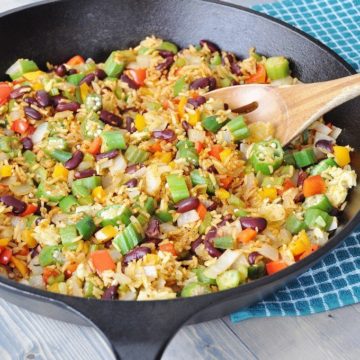