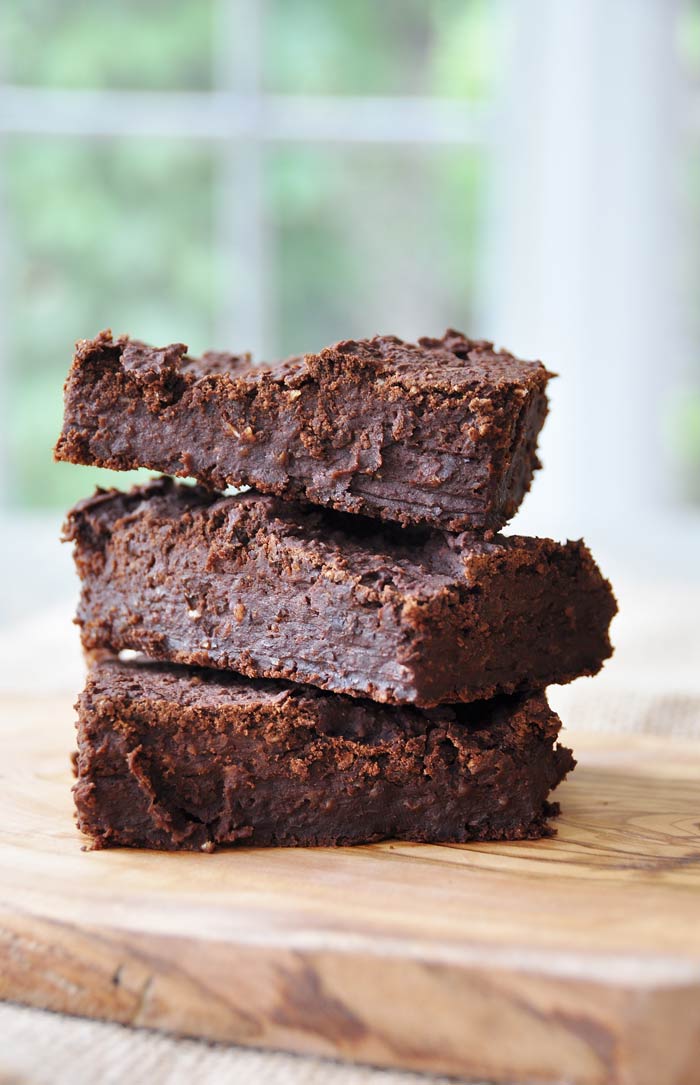 Calling all spicy chocolate lovers!!! Yoo hoo, I’ve got something that you’re going to like.

Chewy, gooey, chocolatey, spicy, not so sweet that you feel a cavity developing after the first bite, BROWNIES. Are you in? How bad do you want one? What will you do for me if I give you one?

Just kidding. Not about my spicy vegan black bean brownies, just about making you do something before I give you one. If you were here with me I’d give you as many as you could eat. Because I’m into sharing.

Let’s talk chocolate and spice, shall we? 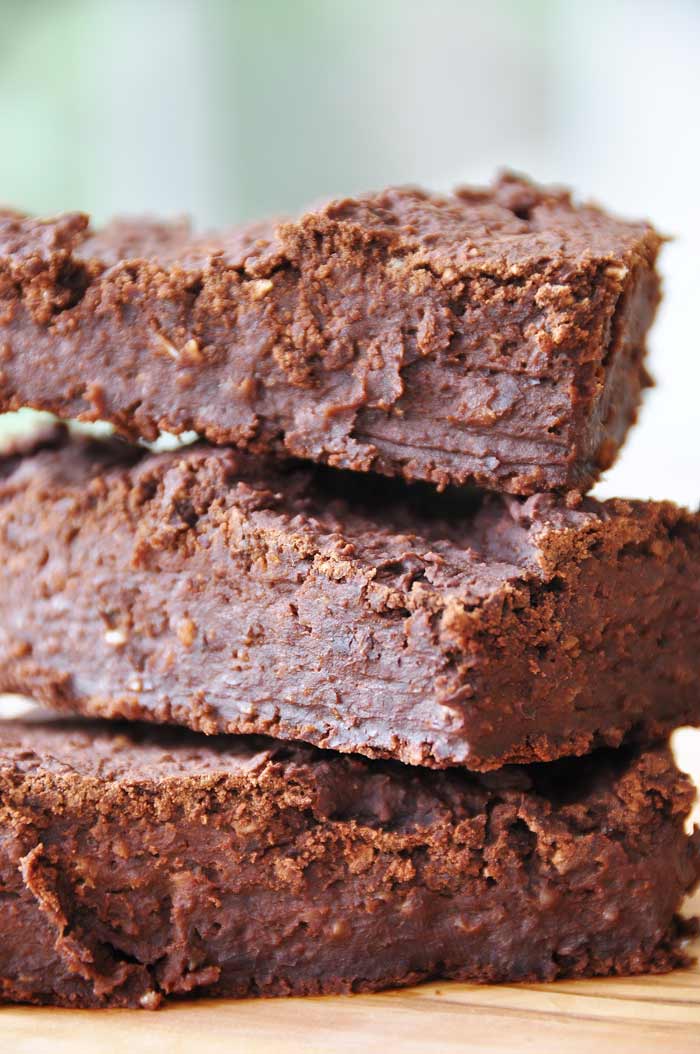 In my quest to develop a vegan brownie recipe that tasted fanfreakingtastic, was oil and processed sugar free, and was super rich and chewy, I came across quite a few recipes that contained black beans. Shut the front door! Black beans in a brownie?

Of course, me being me, I couldn’t get it out of my head, so I whipped up a batch just for kicks and giggles. Not good. Not good at all. They were too gooey, flat in flavor, and I didn’t like them at all. Again, me being me, I had to find a way to make this work. Could I have taken a cue from some of the recipes that I saw online? Of course, but where’s the fun in that?

The good thing about knowing how to bake is that I have the baking 101 stuff down, like how much baking powder to use. And the great thing about vegan baking is that I can taste as I go without worrying about getting salmonella and dying at an early age. So, I tweaked and tasted, and tasted and tweaked, until I finally got it right.

All right, let’s get serious. These spicy vegan black bean brownies are really good, and they passed the taste test of my husband, Alex, and her BFF. The hubby came home to a plethora of lovely aromas of baked treats yesterday because I was in the kitchen all day long baking one thing after the other. Stay tuned. The first thing he did was grab a brownie. He knew something was up with them because I was closely watching him as he ate it. That scared him, and he was like, “what’s in these, because you’re giving me that look?”

When I told him that they were made with black beans he couldn’t believe it. He thought they were really good, and he loved the kick that the cayenne pepper gave to them, although he suggested more sugar, so for those of you who have a sweet tooth, by all means add more maple syrup or sweetener of your choice.

Later in the evening Alex and her BFF brought Hooper over (I’m Hooper sitting until Saturday) and they tried the brownies too. I got a chuckle out of Alex’s friend because when I told them they were made with black beans I could see the fear in her eyes. I had to prompt her to try them, and I could tell she was only going to try them to be polite. She was pleasantly surprised! They both thought that they were really good, and they thought that there was just enough sugar in them. 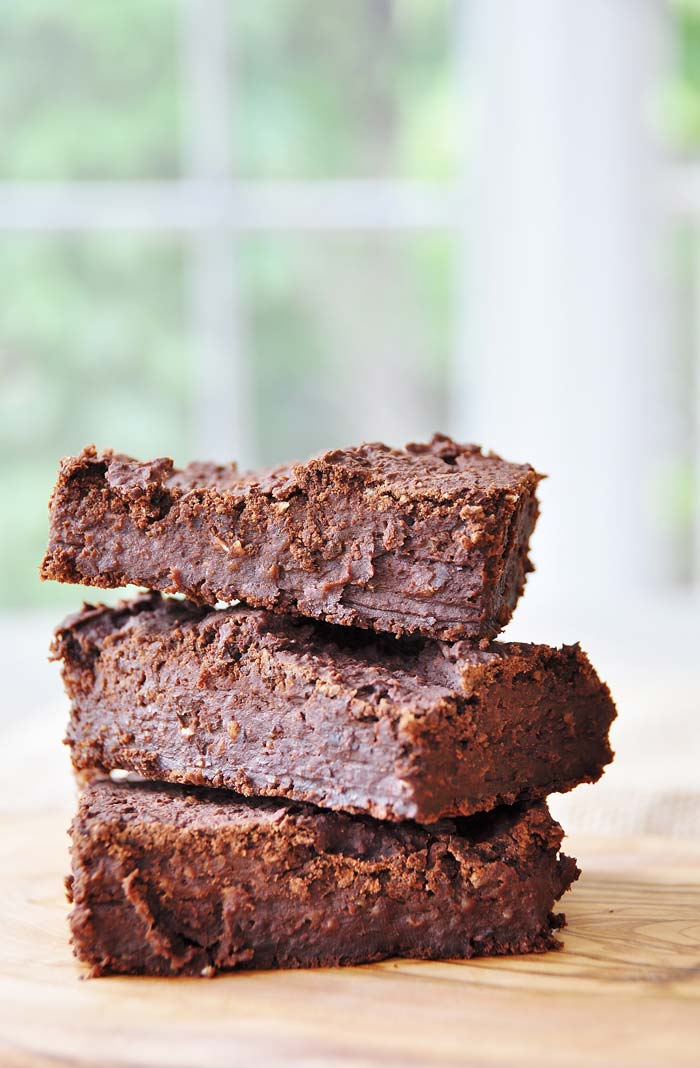 To make these decadent and spicy brownies you’re going to need a food processor, two cans of black beans, flax eggs, maple syrup, cacao or cocoa powder (your choice), ground oats, cayenne pepper, and a few other baking essentials. Check the recipe below for the complete list.

After you grind the oats with the other dry ingredients you can add the beans and the rest of the ingredients to the food processor and blend until the batter is smooth and creamy. It should be thicker than cake batter, but not as thick as cookie batter. Spreadable but not thin.

Spread the batter into a 9x7 pan and bake for thirty minutes. Enjoy the smell of chocolate. Breathe it in.

Let the brownies cool and then eat them until you just can’t eat no more! 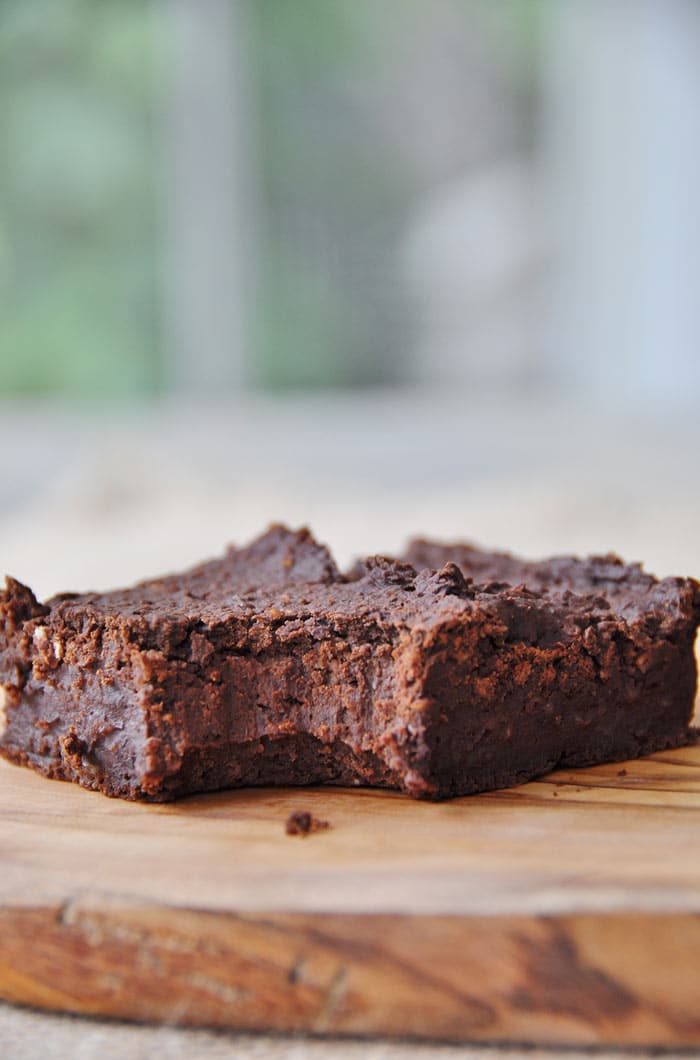 Are you a chocolate fan?

Are you a spicy person? 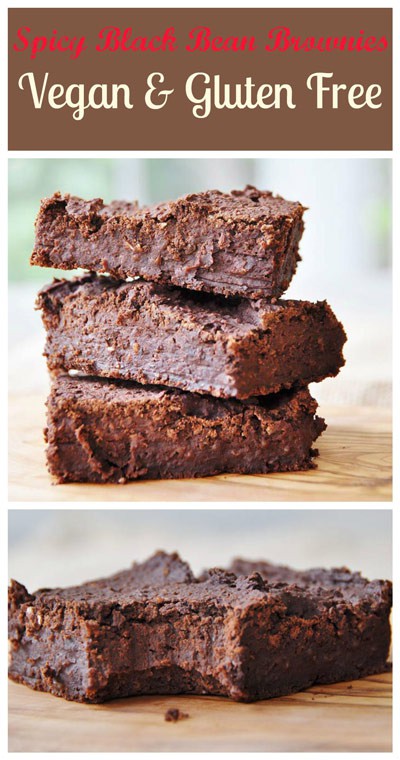