Are you interested in serving vegan food to friends and family? It’s not as hard as you think it might be! Check out these amazing crowd pleasing recipes and you’ll be sure to have everyone raving about your vegan food!

A few days ago I mentioned the all too familiar comment, “I don’t like vegan food,” that I’ve heard numerous times from people who don’t know what they’re saying. That statement always makes me chuckle because every single plant that they’ve ever eaten is “vegan” food.

You all see where I’m going with this? Anything that you eat that doesn’t contain animal parts or fluids is vegan.

When I ask my friends and family members if they like the foods listed above, I can see their attitudes start to adjust as they answer yes to those questions. And as their position begins to change, I remind myself that what they really meant to say—at least I think so—is that they don’t like vegan foods that pretend to be animal foods. They don’t like vegan bacon, vegan lunch meat, vegan cheese, and so on.

WHAT ABOUT MEAT & DAIRY REPLACEMENTS?

Point taken my friends, because the truth is, they USED to not be very good. Once upon a time there were only a few brands that were worthy mimics of traditional meat and dairy. Now we have a multitude of vegan meat and dairy replacements like Upton’s, Field Roast, Tree Line, Kite Hill, Miyoko’s Kitchen, Beyond Meat, Gardein, Violife, Dr. Cow, and about a million other brands that are all awesome! I’ve convinced many non-vegans that there are tasty alternatives to dairy and meat products because of those brands.

Funny enough, so many of my non-vegan friends drink almond milk over dairy milk these days. It’s a start.

Nevertheless, I still get some resistance from people when it comes to vegan vs. non-vegan food. Even after I ask them the questions listed above. My father used to love to remind me that “patience is a virtue.” He will never know how much those words mean to me today. Thanks, Dad.

If you’re a vegan, you’ve probably heard the same statement from your non-vegan friends. And if you’re not a vegan, and have said these words before, I understand. That’s why today’s recipe roundup is all about real food. Real. Good. Food.

All of the following recipes are made from delicious, flavorful, and healthy plants. You’ve eaten these dishes before, only you probably never thought of them as vegan food. But that’s what they are. So for today, let’s put away labels and just celebrate hearty, healthy, and good food.

You can make pancakes, waffles, and muffins with non-dairy milk and vegan eggs. The options out there for non-dairy milk are so delicious and there is such a variety! You can try oat milk, almond milk, Ripple, cashew milk, macadamia milk, the list goes on! Best part? They are just as delicious and fluffy as those made with dairy, and they’re better for you. 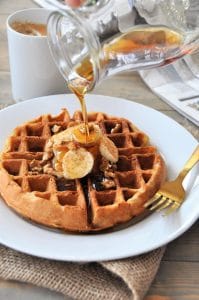 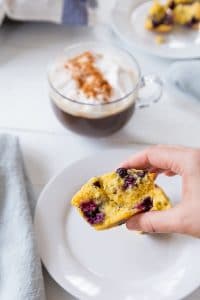 Our vegan breakfast options above are insanely flavorful. I’ve served the vegan strata to a group of non-vegans and had a double recipe of it absolutely devoured. In fact, they actually asked me to make it again for Christmas! Our banana bread waffles are a must-have. They’re so balanced, fluffy, and incredible paired with hot maple syrup. Lastly, our vegan blueberry muffins are so gorgeous and make the perfect lazy Sunday breakfast!

Don’t eat greasy burgers or chicken sandwiches with fries and a big coke for lunch. They’ll leave you feeling like a slug, and eventually you’ll end up looking like one. Make yourself something delicious and healthy! May we suggest our vegan crunchwrap supreme! 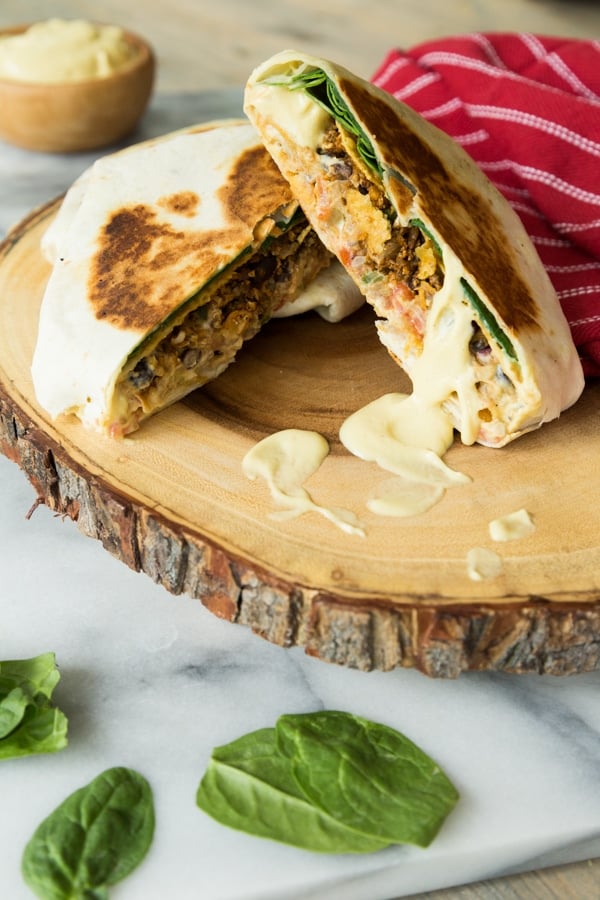 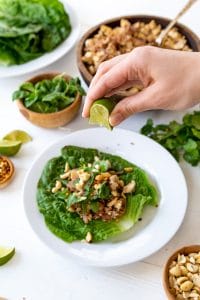 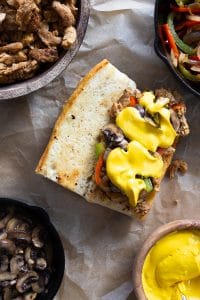 Our easy lettuce wraps aren’t just delicious, they’re also super healthy for you! The lettuce wrap makes them refreshing and light. For more filling options may we suggest our egg(less) salad sandwich and Philly cheesesteak? Our egg(less) salad is wonderfully spiced and great paired with fresh bread, tomatoes, and lettuce. Our Philly cheesesteak is out of this world! The cheese is creamy, the vegan steak is tender and perfectly spiced. No one is going to turn down this sandwich!

Don’t get bogged down with apps that are filled with cholesterol, saturated fat, and hormones! Try these plant-based snacks instead. 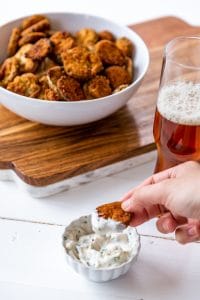 Our appetizers are guaranteed to be the hit of the party! The vegan pizza rolls are a gourmet version of a childhood classic; filled with vegan cheese and perfect with marinara dipping sauce. Fried pickles are a southern classic and paired with our favorite Midwestern buttermilk ranch. Lastly, these potato skins are filled with meaty crumbles, pickles jalapeños, fresh tomatoes, and creamy potato!

Try any one of these hearty, cozy, and satisfying meals that will leave you feeling good and full! 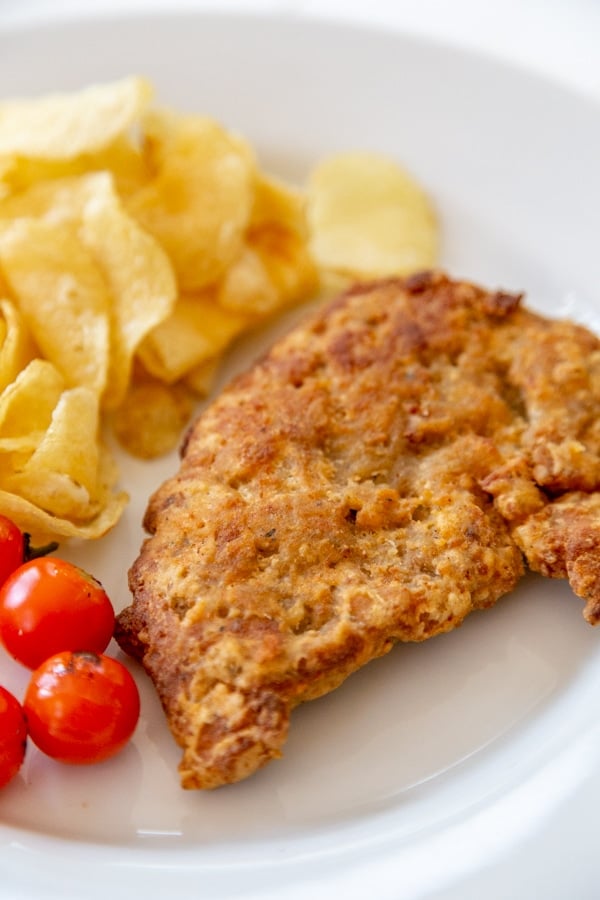 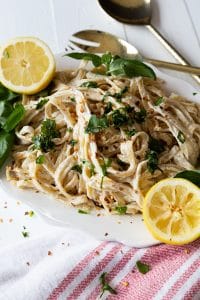 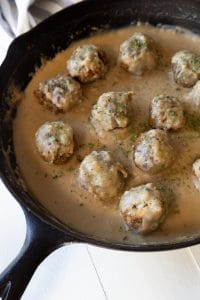 These vegan mains are absolutely perfect for any crowd! The roasted stuffed acorn squash is a great introduction for people who aren’t familiar with vegan foods but are open to lots of fresh veggies. The dairy-free Alfredo can fool even the toughest critic! It’s our absolute go-to. Have more adventurous eaters? Why not try our meat-free Swedish meatballs? They’re super tasty and will become a family and friend favorite!

The beauty of eating lighter and fresher plant-based meals is that you’ll have space for something sweet after dinner. 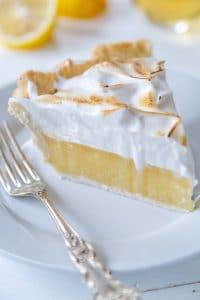 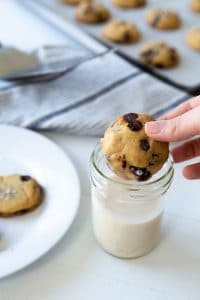 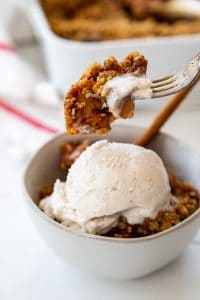 And there you have it. Proof. Vegan food is just food. There isn’t anything mysterious, scary, or creepy about it. When you leave animal parts and fluids out of the equation what do you get? Healthy, fresh, vibrant, and tasty plants and grains that come together in the most delicious ways.

It is said that a picture says a thousand words. I’d say that these pictures say much more. So the next time you run into someone who tells you that they don’t like vegan food. Show them this post. I think that it might make them eat their words.

WHAT DO YOU GUYS THINK?

Has someone ever told you that they don’t like vegan food?

Have you ever said that you don’t like vegan food?

Will you share this with someone who doesn’t eat vegan food?

Healthy vegan recipes that will keep you strong, fit, and satisfied.
102shares