If you don't like the taste of straight up Kombucha then you have to try it in this smoothie. 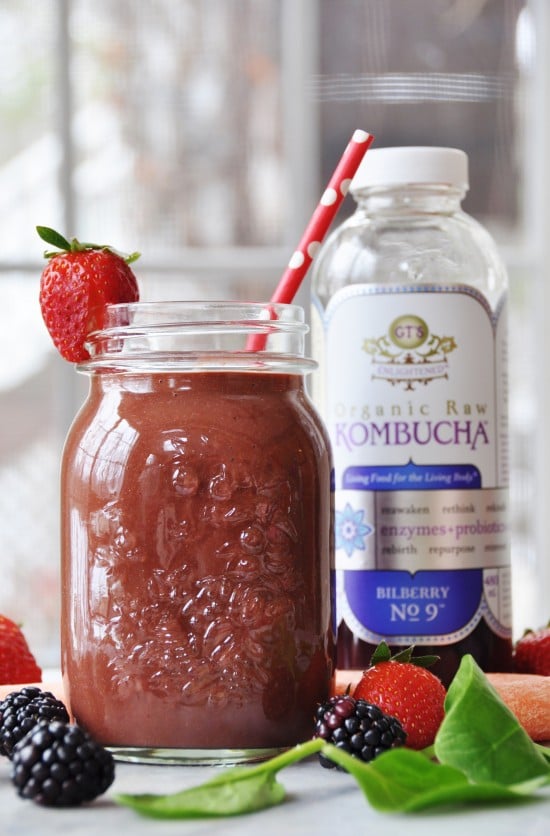 All of you healthy peeps out there are either gasping in disbelief right now, or you’re crying tears of joy because you’re not the only one.

Call me silly, but I don’t enjoy drinking fermented tea that smells and tastes like vinegar. Put it on my salad, sneak it into my food, but don’t put it up to my nose and expect me to take a chug. It’s just not going to happen. I’ve tried to learn to like it, but after many attempts, I’m done trying.

But it’s GOOD for you!!!! I know, that’s what people say (the jury is still out on that), why do you think I kept waiting for that shit to grow on me. It’s supposed to help reverse the aging process. I’m down with that. It’s supposed to boost the immune system. Heck yeah! Those two things alone are reason enough to drink some each day; just not on its own. That’s why I invented the kambucha berry smoothie. 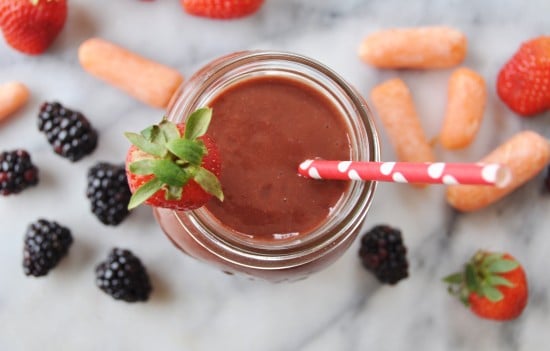 Now I can drink it with ease. Isn’t it amazing what a little pineapple, berries, spinach, and carrots can do for something that frankly, stinks? Come on now, you can’t tell me you actually like the smell of Kombucha. Well, you can, but I’d have to call you cray-cray. XOXO

After my last attempt to drink this stuff straight from the bottle I broke down. I had just purchased two bottles and I wasn’t about to throw them away, and I knew my husband wasn’t going to touch it, so I thought to myself; what would Judy do? In case you don’t know Judy, she is the American Cocktail Idol. So yes, with that question, I answered my own question, because Judy would turn it into a drink.

Being the health conscious vegan that I am, and because it was nine o’ clock in the morning, I thought it best to concoct a breakfast drink, free of alcohol. Although, it seems that due to the fermentation of the tea, Kombucha has a little somethin-somethin going on. No wonder Alex says it calms her. Anyway, because it was early in the day, and it was time for my smoothie fix, and I knew what Judy would do, I thought, why not make it into a smoothie!!! So I did. 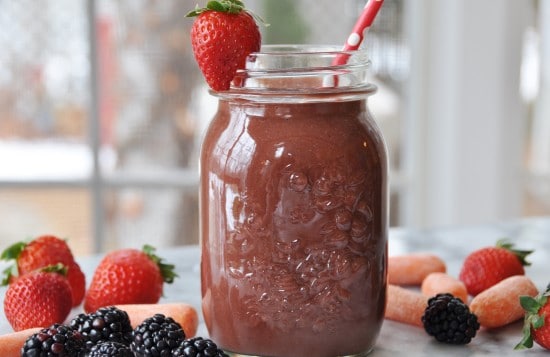 The first sip scared me, because there was a slight hint of that vinegar smell, but the taste was fantastic. After the first drink I couldn’t smell it and I chugged it down. To say that I was happy and relieved to have finally discovered a way to enjoy this so called miracle elixir would be an accurate statement.

If you’re like me, and you don’t like Kombucha straight up, but you don’t want to miss out on the possible health benefits, then make this smoothie. It’s fruity, it gives you a serving of dark green leafy spinach and beta carotene,  and it’s really, really good.

Here’s a challenge to my friend Judy: Make a Kombucha cocktail, if you dare. 😉

Cheers to that, cheers to Friday, and cheers to you! 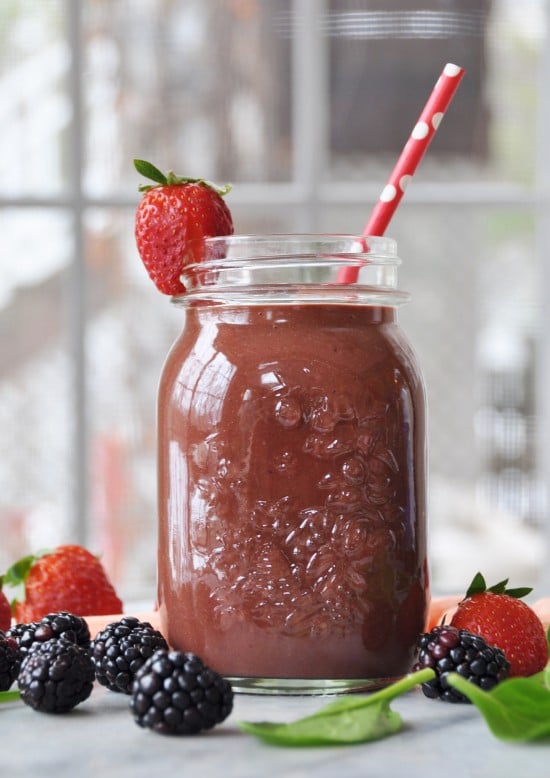 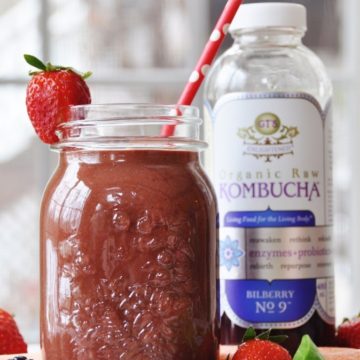 This is a great way to reap the health benefits of kambucha if you can’t stand the vinegar taste on it’s own.
No ratings yet
Print Pin Rate
Course: Drinks
Cuisine: American
Prep Time: 5 minutes
Total Time: 5 minutes
Servings: 22
Calories:
Author: Linda & Alex