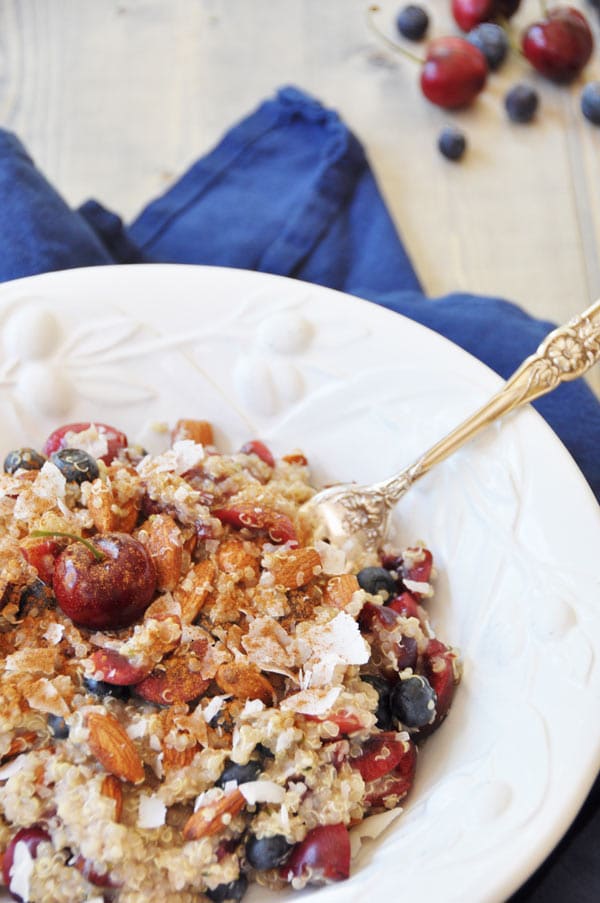 If you love cereal, oatmeal, or rice pudding, you’re going to LOVE this vegan cherry berry quinoa breakfast bowl. I made this on Saturday morning after playing two hours of tennis, because I needed something to boost my energy and fill me up without weighing me down. I wanted something light and summery, something that had protein and carbs, and something slightly sweet. This quinoa bowl ticked every box on my list.

Not only was this healthy, easy, and quick to make, it was so damn good. It reminded me of rice pudding, only better, because quinoa is soooo much better for you than rice. Did you know that quinoa has more potassium, carbohydrates, fiber, protein, iron, vitamin B-6, and magnesium than rice when compared cup to cup? And, the calorie count between the two when compared cup to cup cooked is virtually the same. There are two-hundred-twenty-two calories in a cup of cooked quinoa and two-hundred-sixteen calories in a cup of cooked rice.

Now that we have the nutritional aspect of this delicious cherry berry quinoa breakfast bowl down, let’s talk about what’s in it and how freakin’ good it tastes. 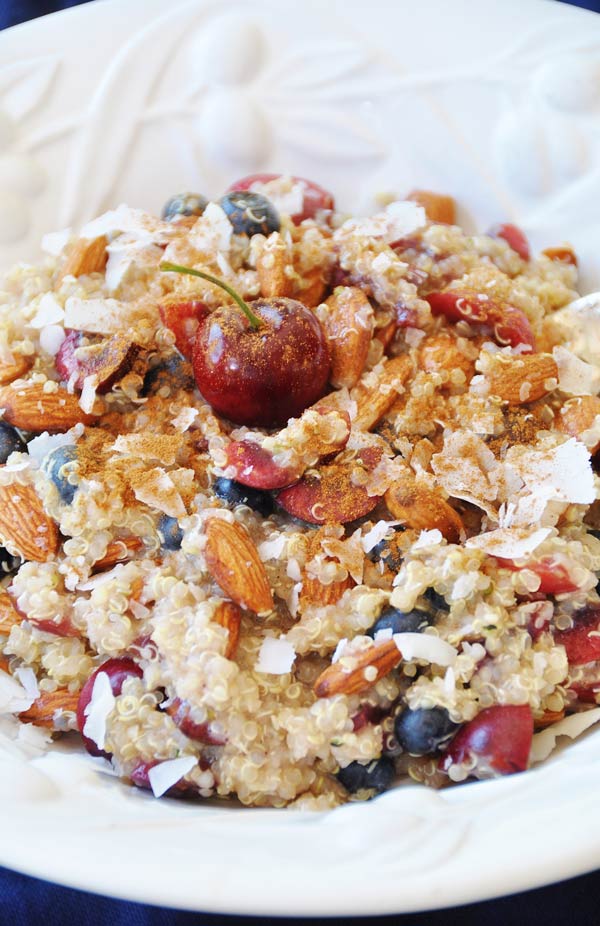 Obviously, you’re going to find quinoa, cherries, and blueberries in this delightful bowl of yum, but those three lovelies are just the tip of the iceberg when it comes to what makes this dish taste so good. The secret ingredients to deliciousness start with one simple cup of almond milk. Then you’re going to stir some maple syrup, pure vanilla extract, cinnamon, and a pinch of salt into the milk to give it a slightly sweet and savory flavor. You could put this in your coffee if you wanted to.

When the quinoa is cooked and mostly cooled, put it in a large bowl and add the milk mixture and stir it until the quinoa is fully coated. Then you add the chopped cherries, blueberries, almonds, and coconut and fold them into the quinoa. Sprinkle with a bit of cinnamon and breakfast is served.

That first bite will make you want to sit down and savor every spoonful. It has everything that you could possibly ask for when it comes to taste and texture. The sweet cherries and maple syrup aren’t overpowering, they’re just right. The almond milk adds a creamy texture that’s reminiscent of a dessert, not breakfast. The blueberries are slightly tart, the almonds are crunchy, and the coconut lends a nice little tropical kick to it all. Trust me when I say that after eating this you’ll never look at a bowl of box cereal the same again.

You can make a big bowl and keep it covered in your refrigerator for up to four days and have a wonderful, healthy, nutrient dense breakfast at the ready every morning. No cardboard cereal for you my friends. 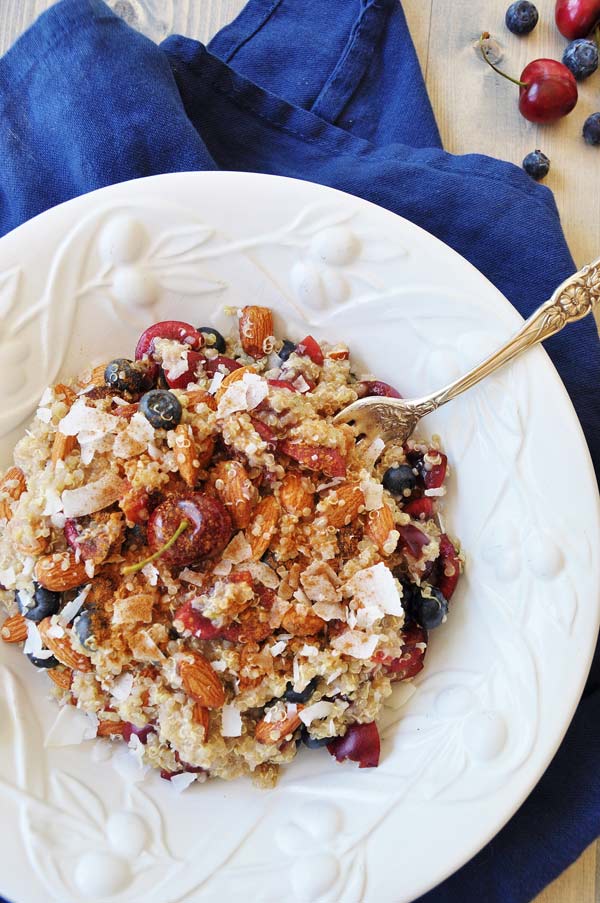 If you want to get the most out of your almonds you should soak them for several hours or overnight for optimum results. Why? Because raw almonds have tannic acid and a protective enzyme inhibitor in their skin that allows them to germinate once they receive just the right amount of sun and moisture. Almonds won’t release their enzymes until they reach that point and most store bought almonds are picked before that happens, and that means that you’ll get a limited amount of nutrients and they’ll be more difficult to digest if you don’t soak them until they shed their skin. Tomorrow’s post is going to be all about this subject, so make sure to check in. 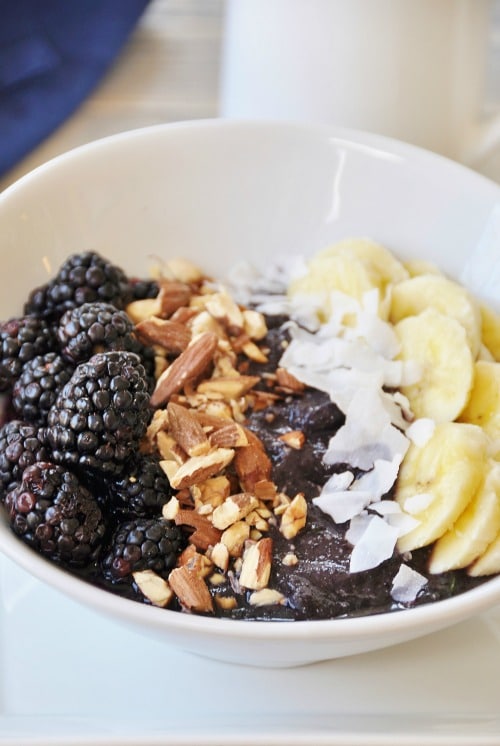 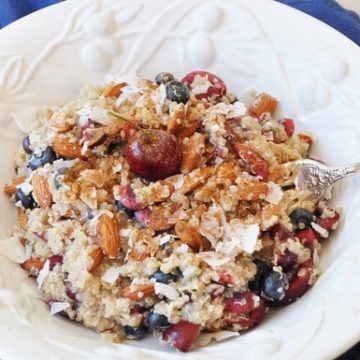